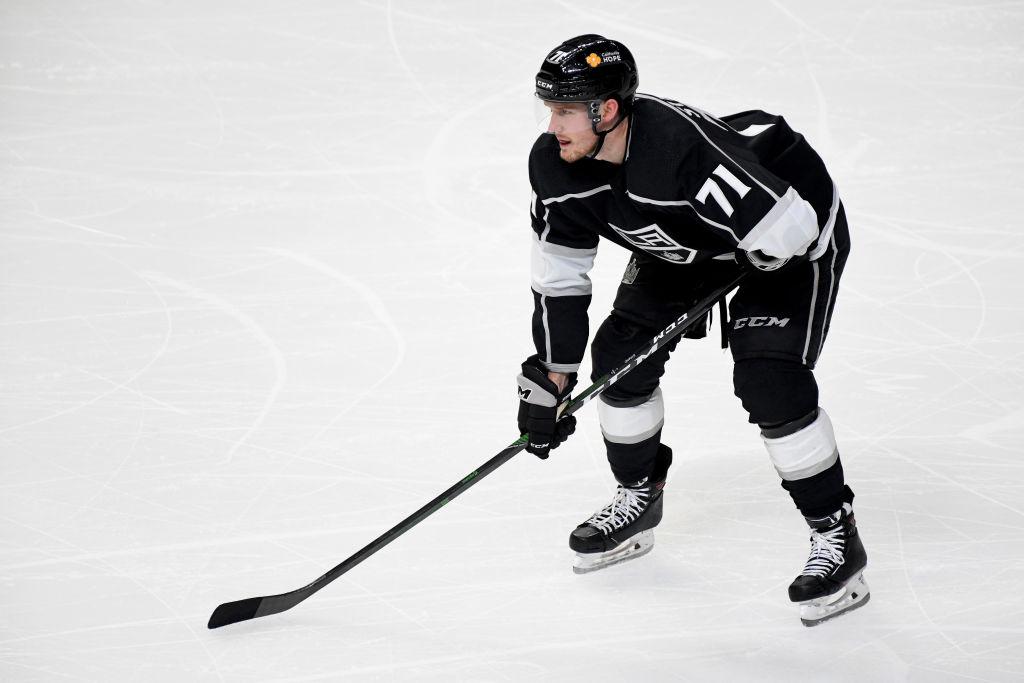 The LA Kings have re-signed defenseman Austin Strand to a one-year, two-way contract extension, carrying an AAV of $771,750 at the NHL level.

Strand, 24, returns to the organization for his fourth professional season, after he made his NHL debut earlier this year. The Calgary, Alberta native tallied one assist from 13 games played with the Kings, including the first game of his NHL career on February 5 in Vegas.

In his time with the Kings, Strand was one of the better surprises during the early half of the season. With regulars on the right side – Matt Roy and Sean Walker – both injured, Strand stepped into the lineup and filled a third-pairing role effectively. A strong skater for his 6-3, 215-pound frame, Strand impressed with his firm, efficient passing game, showcasing an ability to transition the puck to the forwards and exit his own zone. Strand impressed McLellan and his staff for his ability to play within himself and keep things relatively simple on the backend.

“For an inexperienced player, he seems to have a high level of poise,” Todd McLellan said of Strand in season. “His panic point is fairly low, he puts himself in pretty good situations to have simple success, he’s not overplaying his position or his role and he’s defended perhaps better than we thought he might when he came up. As a result, he’s become a pretty steady defenseman back there.”

Looking at his possession metrics, Strand was right around the 50 percent mark across the board, slightly under in terms of shot attempts and scoring chances and exactly even in terms of high-danger opportunities. Partnering mostly with Olli Maatta, the duo formed a serviceable third pairing, learning each other’s games and building chemistry on the fly.

Strand also played in 19 games with the AHL’s Ontario Reign this season, tallying five points (1-4-5) in his time with Ontario. Though still a developing player himself, Strand provided a bit of a veteran presence for a young Reign squad, with the team posting a 10-7-2 record in games Strand played, as opposed to five games below the .500 mark without him.

In his professional career, Strand has skated in 103 AHL games with Ontario, tallying 38 points (16-22-38) in that span. He also appeared in nine ECHL games with the Manchester Monarchs back in 2018 and was an accomplished juniors player, winning the WHL championship in 2017 with the Seattle Thunderbirds.

Looking ahead, Strand’s path to the NHL is currently blocked on the right side by a veteran trio, led by Drew Doughty, also including Roy and Walker. With two veterans and two evolving younger players currently penciled in on the left, Strand likely finds himself just outside of the NHL picture in training camp, but with an impressive cameo to his name, the organization has seen him as a player who has played in NHL games. A good re-signing for player and club.