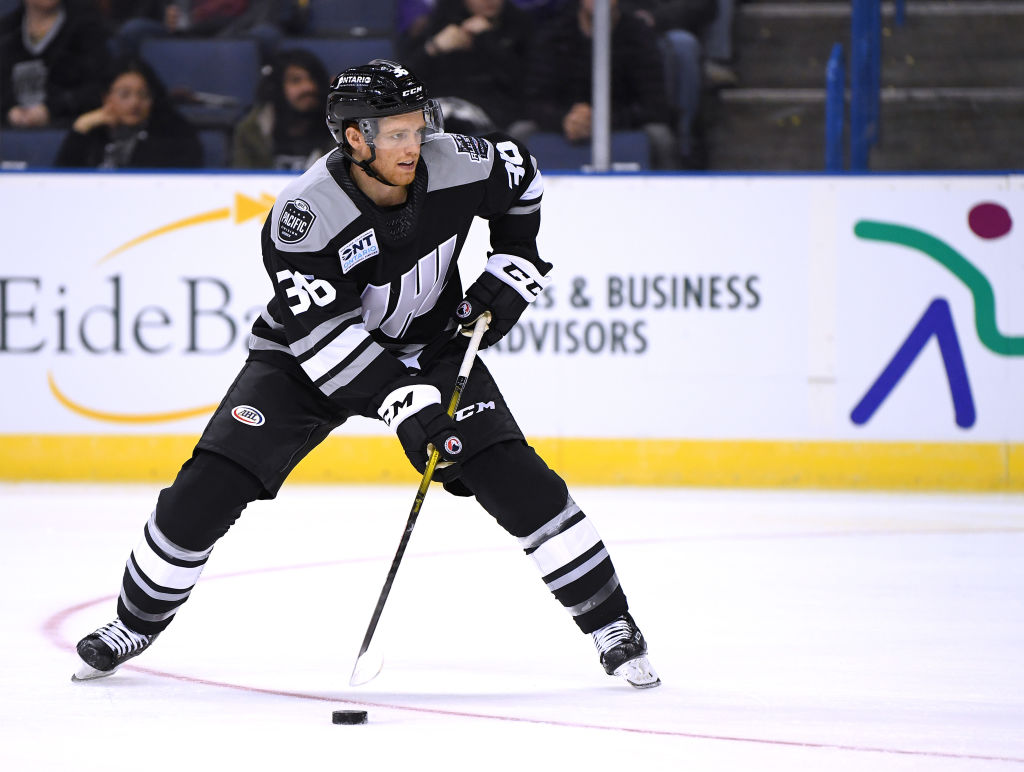 Insiders, a couple of more deals headed your way. The Kings have signed forward T.J. Tynan and goaltender Garret Sparks to one-year, two-way contracts, carrying an AAV of $750,000 at the NHL level.

Tynan, 29, won the AHL Most Valuable Player award as a member of the Colorado Eagles (AHL) last season. He was also named a Pacific Division All Star and led the club in points (35) and ranked second in the league with 27 assists through 27 contests while adding three points (1-2=3) in two postseason games.

The 5-8, 165-pound forward was originally drafted by the Columbus Blue Jackets in the third round (66th overall) of the 2011 NHL Entry Draft. Since making his professional debut in 2013-14, the Orland Park, Ill. native has played in 19 career NHL contests with the Colorado Avalanche and Blue Jackets, notching one assist through those games. He has competed in 436 career regular-season AHL games with the Eagles, Chicago Wolves, Cleveland/Lake Erie Monsters, and Springfield Falcons, compiling 348 regular-season points (71-277=348) and adding 21 points (3-18=21) in 42 career postseason contests. He won a Calder Cup with the Monsters in 2016, contributing six points (1-5=6) in 17 games during the team’s playoff run. He was also named to the AHL All-Star Game in 2019-20 and led the AHL in assists during the 2018-19 season. He represented Team USA in the 2012 IIHF World Junior Championship, posting four points (1-3=4) in six games.

Originally a seventh-round (190th overall) selection by the Toronto Maple Leafs in the 2011 NHL Entry Draft, the 6-3, 200-pound netminder has appeared in 38 NHL regular-season games with the Leafs and Vegas Golden Knights, posting a .897 save percentage, 3.10 goals-against-average, two shutouts and a 14-18-2 record. In 163 regular-season AHL appearances with the Heat, Chicago Wolves, and Toronto Marlies, he has registered a .923 save percentage, 2.28 goals-against-average, 17 shutouts, and a 93-52-13 record. His AHL career is highlighted by a standout 2017-18 campaign in which he backstopped the Marlies to a Calder Cup Championship and earned AHL Best Goaltender and AHL First All-Star Team honors after leading the league during the regular season in wins (31), save percentage (.936), and goals-against-average (1.79). The Elmhurst, Ill. Native was also a member of gold medal-winning U.S. entry in the 2013 IIHF World Junior Championship. 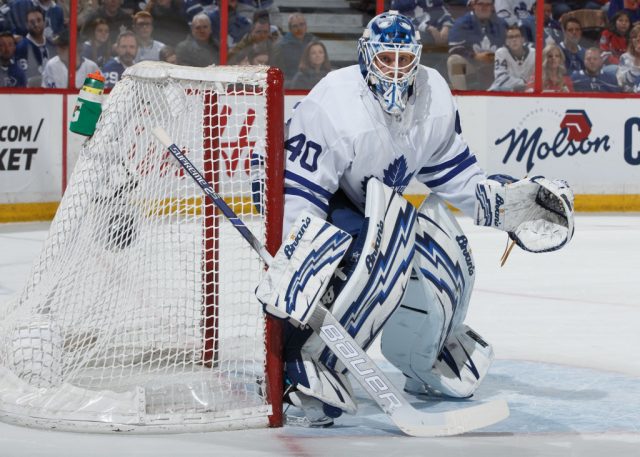 OTTAWA, ON – MARCH 30: Garret Sparks #40 of the Toronto Maple Leafs tends net against the Ottawa Senators at Canadian Tire Centre on March 30, 2019 in Ottawa, Ontario, Canada. (Photo by Andre Ringuette/NHLI via Getty Images)

More to come here as we continue with the Free Agent Frenzy. Hear from General Manager Rob Blake, following Day 1, as well as some remarks from the team’s newest addition, Phillip Danault, and restricted free agent signing Trevor Moore here on LAKI throughout the week.