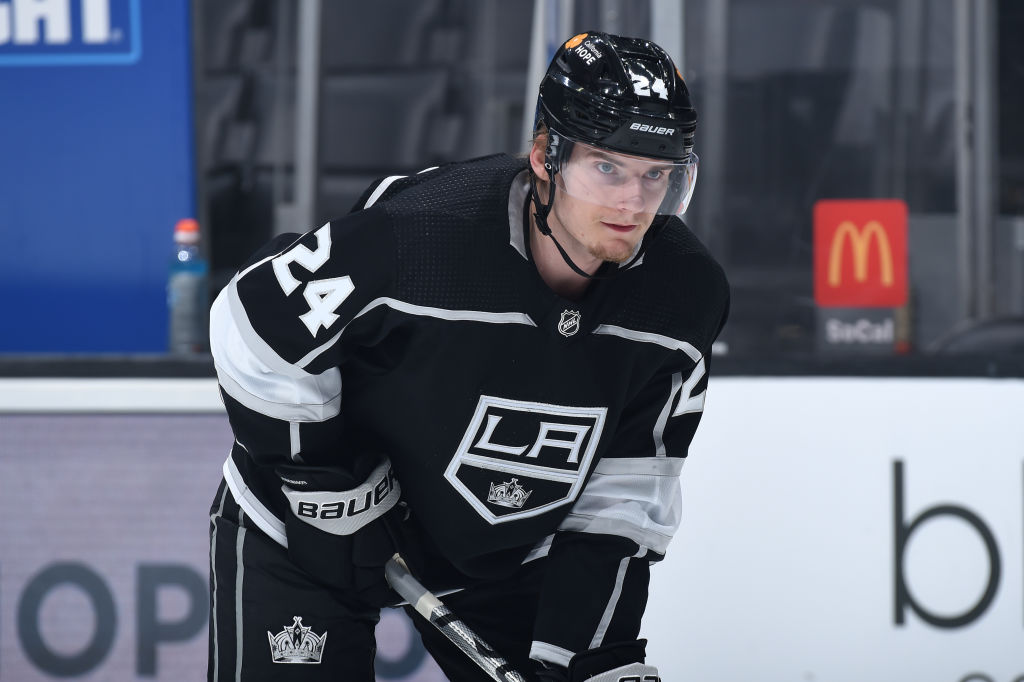 The qualifying offers retain the negotiating rights for the aforementioned players. Athanasiou and Burke are arbitration eligible, while the other four are not. The organization has already come to terms with Blake Lizotte and Trevor Moore, who entered the offseason as restricted free agents.

All of the offers are two-way deals, with the exception of Athanasiou, who will get a one-way offer. More information on qualifying offers, including a calculator for each of the six contracts, can be found HERE.

Though it took him some time to establish his NHL place, Andersson was one of the more impressive Kings down the stretch. The Swedish-born forward dressed in each of the team’s final 10 games, playing the majority of his time on the second line with Alex Iafallo and Gabriel Vilardi. Andersson collected three points (1-3-4), a +2 rating and a CF% of 50.5.

Other puck possession metrics also favored Andersson in his second tenure, with the Kings controlling nearly 53 percent of scoring chances and more than 54 percent of high-danger chances. Andersson is a player to watch come training camp in the fall.

Athanasiou, 26, scored at right around a half-point-per-game rate this season, as he amassed 10 goals and 23 points from 47 games played during his first season with the organization. The speedy, skilled winger has appeared in 350 NHL games throughout his professional career, with Los Angeles, Edmonton and Detroit, and has amassed 179 points (94-85-179).

Among regular Kings forwards, Athanasiou ranked in the Top 3 in terms of scoring chances for and high-danger chances for per 60 minutes he was on the ice for. Simply put, things happened with Athanasiou on the ice, and he provides a known depth scoring option. 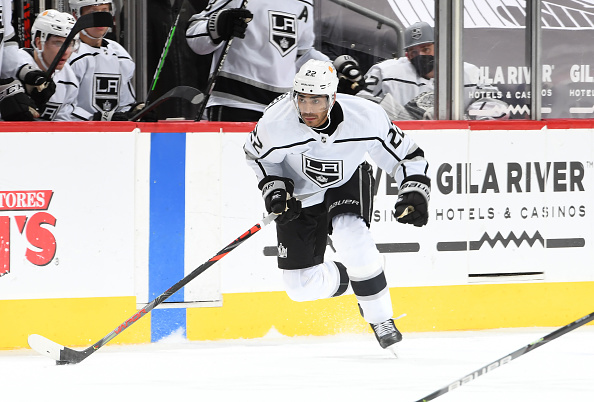 GLENDALE, ARIZONA – FEBRUARY 20: Andreas Athanasiou #22 of the Los Angeles Kings skates the puck up ice against the Arizona Coyotes at Gila River Arena on February 20, 2021 in Glendale, Arizona. (Photo by Norm Hall/NHLI via Getty Images)

Burke, 24, was acquired on Saturday from the Arizona Coyotes, in exchange for forward Boko Imama and defenseman Cole Hults. The winger has spent the first three seasons of his professional career with the AHL’s Tucson Roadrunners, where he’s amassed 99 points (35-64-99) from 146 games played.

Burke was selected to the 2020 AHL All-Star Classic in Ontario, where he represented the Pacific Division, and was a point-per-game player with 52 points (21-31-52) from 51 games played during the 2019-20 campaign.

Clague, 23, is coming off of a season that was split between the NHL (18 games) and AHL (23 games) levels. The Canadian-born blueliner started the season with the Kings, and had a couple of extended spells with the big club, but also spent time with the Reign as he worked on rounding out certain parts of his game.

Clague displayed his smooth skating and natural puck-moving ability, and we were able to see some of the strides he’s taken to improve on his defensive limitations, something he has worked so hard on throughout his three years in the organization. He also posted relatively strong possession figures with the Kings, with the team controlling 50.6 percent of shot attempts with Clague on the ice. 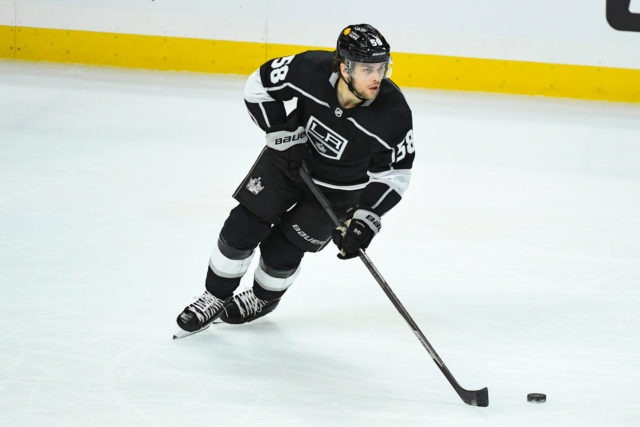 LOS ANGELES, CA – JANUARY 14: Kale Clague #58 of the Los Angeles Kings skates with the puck during the third period against the Minnesota Wild at STAPLES Center on January 14, 2021 in Los Angeles, California. (Photo by Adam Pantozzi/NHLI via Getty Images)

Moverare, 22, made his long-awaited debut in the organization, as he joined the Ontario Reign for his first professional season in North America. A veteran, and an accomplished one at that, playing overseas, Moverare settled in at the AHL level, where he was selected as the team’s defenseman of the season here on LA Kings Insider, in an article featured by contributor John Hoven. As the article noted –

“He instantly made the Reign defense better and was nearly a point-per-game player over the final half of the season, posting 14 points in 18 games. Further, his overall .58 points-per-game led all Reign defensemen. Surrounded by a sea of forward prospects grabbing headlines, more people should be talking about Moverare’s 2021 campaign and what the Kings might have on their hands after he gets another full year in the AHL.”

Strand, 24, made his NHL debut back in February, filling in on a then depleted right side of the Kings blueline. In limited action, Strand showcased good movement for a player of his size, to go along with poise on the puck and a crisp first pass. He tallied an assist and a +2 rating from 13 NHL games, to go along with five points (1-4-5) from 19 games with AHL-Ontario.

Strand made a big jump this past season, playing NHL games and turning some heads in doing so. As a right-shot defensemen, his road to a regular spot is blocked by three established NHL defensemen, but his strides have provided organizational depth at an important position. 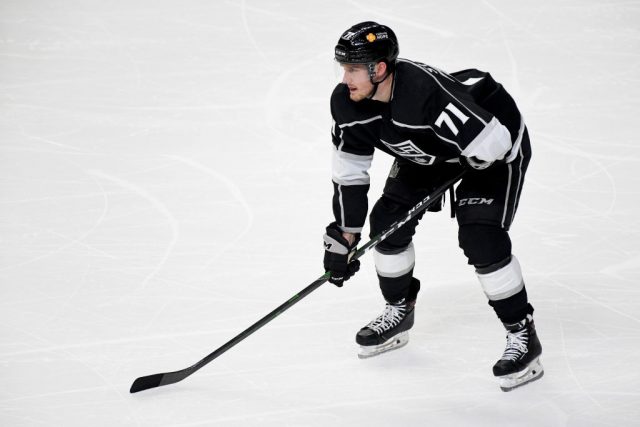 LOS ANGELES, CA – APRIL 05: Los Angeles Kings Defenceman Austin Strand (71) waits for the puck to drop during an NHL game between the Arizona Coyotes and the Los Angeles Kings on April 05, 2021, at the Staples Center in Los Angeles, CA. (Photo by Rob Curtis/Icon Sportswire via Getty Images)

The Kings did not tender qualifying offers to Mikey Eyssimont, Matt Luff, Drake Rymsha and Tyler Steenbergen. Those four players will be unrestricted free agents.

Up next in the offseason cycle is the start unrestricted free agency, which opens at 9 AM Pacific time on Wednesday.