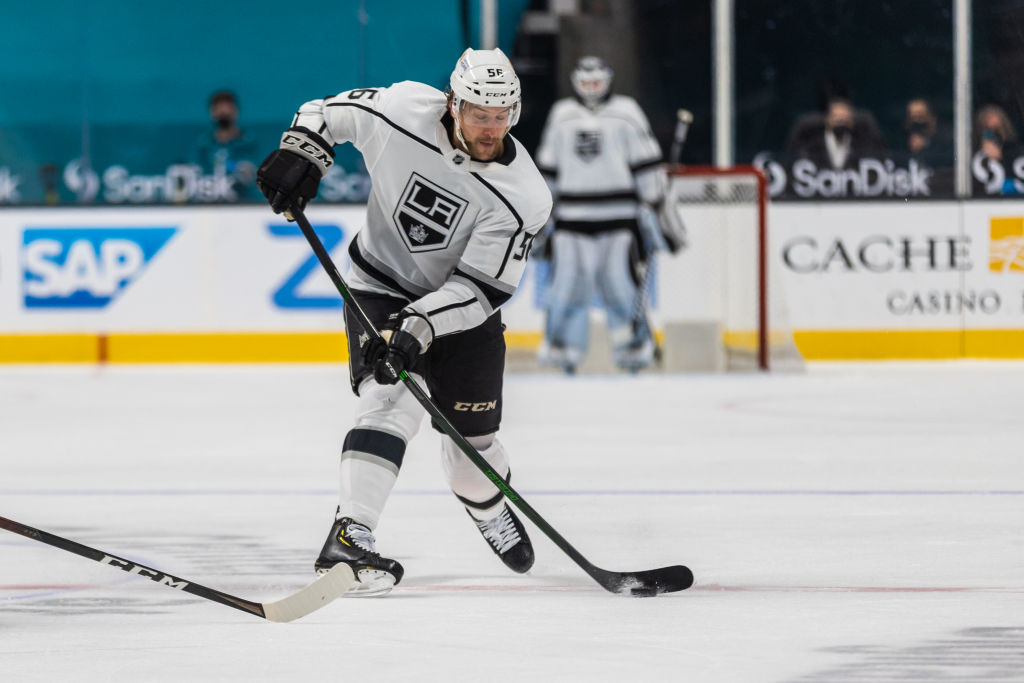 The Seattle Kraken have selected defenseman Kurtis MacDermid from the LA Kings during the 2021 NHL Expansion Draft, announced officially earlier this evening in the league’s first broadcast back on the ESPN family of networks.

MacDermid was in some ways a surprise selection, with much of the pre-draft buzz going towards other players left unprotected by the Kings, but his selection isn’t completely out of the blue, either. The Kings were likely among the teams with a variety of different options who would have worked, as Seattle went to fill out their inaugural roster.

A full list of players selected by the Kraken, the newest Pacific Division rival of the LA Kings, is available below –

With the selection of MacDermid, the Kings lose one of eight defensemen who played NHL games in 2020 and were also under contract for the 2020-21 season, with Kale Clague and Austin Strand currently in restricted free agency on top of that group.

MacDermid brought character, toughness and physicality to the Kings, and was a success story for the organization. Originally signed as an undrafted free agent back in 2015, MacDermid progressed from a project defenseman, who was known for his physical play and fighting ability out of the OHL, into a competent, professional defenseman.

This past season, MacDermid’s play drew its share of external criticism. His measurables were lower than they had been in past seasons, while he was eventually moved into more of seventh defenseman role as the season went on, with the emergence of younger defensemen. More on MacDermid’s 2020-21 campaign is available here, but as he departs the Kings organization, he does so as a success story for his story, not his final act.

MacDermid’s progress from his first season in the AHL to his eventual graduation to the Kings was truly something, and comments from within the organization painted the picture of a player who had terrific habits both in the gym and during practice. For those reasons, MacDermid was valued by the organization, and clearly by Seattle as well. Here’s to hoping he’s able to lock down an NHL roster spot with the Kraken, amidst what is currently a very crowded group of defensemen.

All the best wished to MacDermid as he begins the next step in his professional career with Seattle.