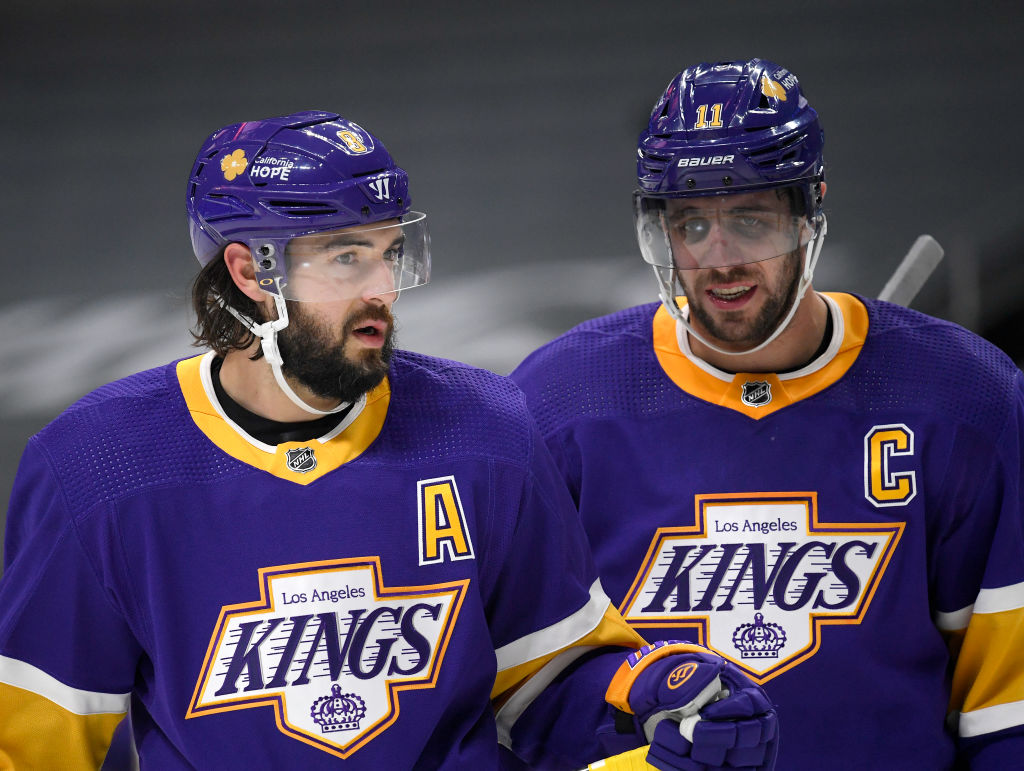 This morning, the NHLPA released its annual players poll, in which more than 500 players from around the league voted amongst their peers on a variety of different categories, ranging from on-ice performance to off-ice personality to jersey style.

This season, the Kings had two players who received consideration around the league, as well as a shout out to their Reverse Retro jerseys, thought of as one of the best by the men wearing it, and skating against it.

Best Defenseman
Sounds as though the bulk of NHL players did not watch TSN last summer! Drew Doughty finished fourth in the poll, to be labeled as one of the league’s top blueliners as is custom with these types of surveys. Doughty received 2.73% of the vote, placing below just Victor Hedman, Cale Makar and Roman Josi. Doughty has been voted in the Top 4 in each of the last four seasons, revealing that those who play in the NHL have a ton of respect for the Kings number-one defenseman.

If anything was disappointing in this poll regarding Doughty, it’s that the off-ice categories where he is always mentioned weren’t posted this season. Doughty was a regular in the best (and worst) trash talker and funniest player categories, and as a jest, was voted for the best bromance with Matthew Tkachuk last season. As one of the league’s best personalities, Doughty is always mentioned in those types of categories, but there weren’t any in this season’s poll.

Most Complete Player
Crosby, Bergeron, Barkov, McDavid, MacKinnon, Kopitar……Nottttt a bad list to be on.

Most complete player is a good category for Kopitar, and it was one of the categories that had a high “other” percentage, meaning lots of players received votes. The two-time Selke Trophy winner has long been lauded as one of the best all-around players in the NHL, and that perception is clearly shared by not only the fans and media, but the players on the ice as well. Kopitar’s 200-foot game is well recognized, and his offensive abilities were rewarded this season as he cracked the 1,000 point mark in Arizona in May.

Every season, Kopitar is mentioned in this category or a category like it. In 2018-19 and 2017-18, Kopitar was included in the Top 5 of the “most difficult to play against”, and again when that category was limited to forwards. Kopitar has also been voted by his peers in the best team player category in the past, though that was also not an option this season.

One of those situations where everyone, regardless of role, knows that Anze Kopitar is a great all-around player.

Reverse Retro Jerseys
The players have spoken and the Kings Reverse Retro Jerseys were ranked as the second-best in the league. Trailing only Colorado’s nod to the Quebec Nordiques, the return of the forum blue and gold, combined with the 90’s era logo, was a big hit amongst the players on the ice. This seems to match up with the public perception as well, with the Kings sweater ranked in several Top 5 lists when the jerseys originally came out back in the last offseason.

Schedule
It was not Kings specific, but it was interesting nonetheless to see the players’ opinions on the hypothetical continuation of regional divisions and series scheduling. Well interesting yes, but not necessarily surprising.

More than two-thirds of players voted in favor of keeping series scheduling, meaning multiple games in the same city, while more than two-thirds of players voted against keeping the regional divisions. Neither came as much of a surprise. The series scheduling allowed for substantially fewer flights, and substantially more rest for the players on the road, which was a major plus, something you’d think the NHLPA might push for more of. The regional divisions were likely more about playing only seven opponents than the actual configuration of the divisions themselves. By the time we hit the sixth Kings-Wild meetings in three weeks, I’d have voted the same way. I think we can all agree that it will be nice to see a wider array of opposition, and the return of an 82-game schedule, in October.