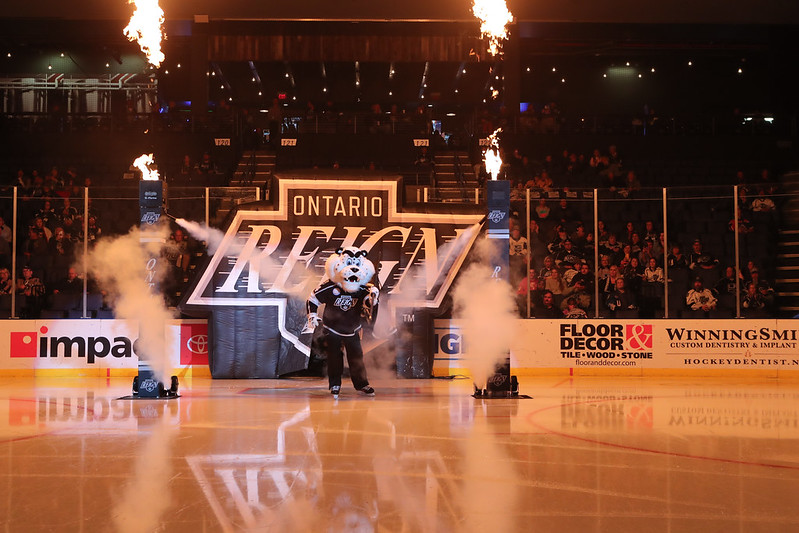 Insiders, the Ontario Reign and the American Hockey League announced several updates yesterday heading into next season and beyond.

Schedule
For the first time since the AHL relocated five franchises to California, the member clubs will have a uniform schedule across the league. Beginning with the 2022-23 season, all 32 teams will play 72 games, representing a four-game increase for the teams in the Pacific Division, including Ontario, and a four-game decrease for the rest of the league, which had previously played 76.

The 2021-22 season will remain status quo from a Reign perspective, with Ontario and the rest of the Pacific Division playing 68 games as has been the case since the team relocated to the Inland Empire from Manchester in 2015. Other teams around the league will play either 72 or 76 games, with points percentage back to determine the standings.

“I am very pleased that we were able to achieve a schedule of 72 games for all teams in the American Hockey League,” AHL President & CEO Scott Howson said. “In coming together to create a plan that is fair and equitable, our owners have demonstrated a commitment to the long-term strength of the league.”

Speaking at the Ontario Reign State of the Franchise event in 2018, outgoing AHL President & CEO David Andrews called the schedule the one project he didn’t think he’d ever find common ground. Getting teams to play 72 games was a priority within the league office for some time, and perhaps the pandemic that prevented a full 2020-21 season opened up enough teams to either increasing or decreasing their total. Good on Howson, and likely many others, on getting all 32 teams on the same page.

On the schedule front in the more immediate future, Ontario will open the upcoming season on home ice on October 15 at Toyota Arena. The Reign will return to Ontario for the first time since February 29, 2020 for a game in front of fans. This past season, the Reign played their home games at Toyota Sports Performance Center in El Segundo, behind closed doors.

Expect to see some cool and exciting promotions in Ontario this season, with the remaining five after Opening Night likely to have some of the best.

Division
The AHL also announced the divisional alignment for the 2021-22 season, with the Reign a part of a nine-team Pacific Division.

Joining the fray this season is the new franchise in Abbotsford, BC, recently relocated from Utica, NY. Abbotsford will be the AHL affiliate of the Vancouver Canucks, meaning that we will likely see the prospects from Los Angeles and Vancouver square off in the AHL for the first time since the 2015 Calder Cup Finals, won by Adrian Kempe and the Manchester Monarchs over the Comets.

The AHL will not have an even breakdown of divisions, with the nine-team Pacific outweighing an eight-team Atlantic Division, and seven-team divisions in the Central and Northeast.

The added wrinkle in the discussion is the pending addition of Palm Springs, which will become Ontario’s closest geographic rival. Palm Springs is scheduled to enter the league in the Fall of 2022 as the AHL affiliate of the Seattle Kraken. The arena in Palm Springs recently broke ground, with the expectation of being ready for action for the 2022-23 AHL season, one season after their NHL affiliate. Seattle is expected to announce a split affiliate for its inaugural 2021-22 season.

Palm Springs would be a natural fit in the Pacific Division, located less than 75 miles from Ontario and less than 150 from San Diego. A 10 team division in a 32-team league, though, creates an interesting situation.

But that’s the summer of 2022’s problem and something the league will likely look to move around in advance of the following season.

Playoffs
Lastly, the league announced a coming expansion of the Calder Cup Playoffs.

“Additionally, there will be an increase in the number of teams qualifying for the Calder Cup Playoffs each year; details will be finalized and announced later in the offseason.”

At this point, ambiguous, but the concept is a good one. At the minor-league level, it’s a natural expectation that teams would like to see their players playing a larger slate of competitive games. While I wouldn’t expect to see something similar to this season, where every team in the Pacific Division qualified for a makeshift postseason tournament, expanding the playoff format to a degree puts additional, meaningful games on the schedule for more teams.

Expect to see a full schedule for the Reign, as well as the updated postseason format, announced later on this summer. Exciting announcements to come for Ontario as the team returns to one of the best fanbases in minor league hockey in the IE. 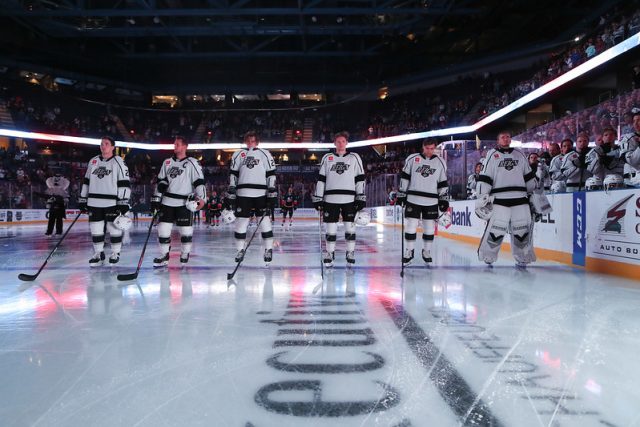