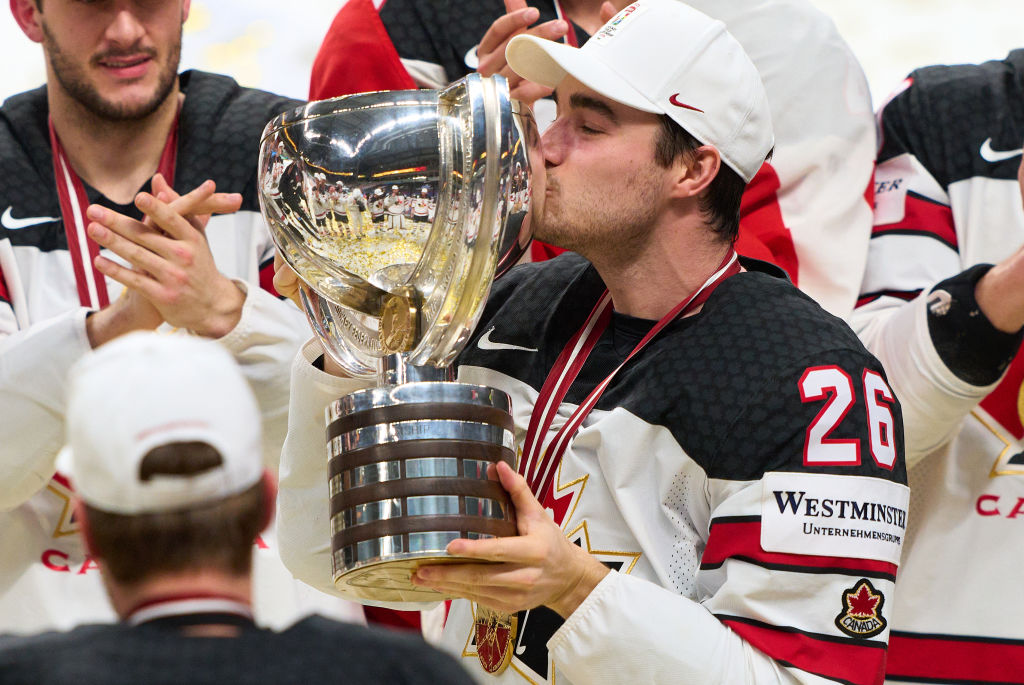 The LA Kings walked away with nine player medals, two staff medals and an individual award from the 2021 IIHF World Championships, which were concluded yesterday in Riga, Latvia. 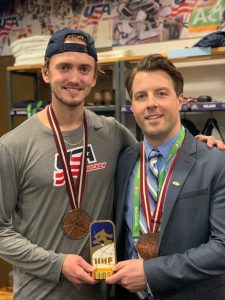 Additionally, goaltender Cal Petersen was named as the tournament’s best goaltender, as he posted a .953 save percentage and a 1.29 goals against average as he allowed just nine goals across seven starts.

Recapping the knockout stages, all nine Kings players that advanced from pool play put themselves in a position to play for a medal, with Canada, Finland and the United States all winning in their quarterfinal matchups. For the USA, Trevor Moore and Christian Wolanin each tallied two assists in a 6-1 win over Slovakia, while Petersen made 27 saves on 28 shots to earn the victory. Matt Roy suffered an upper-body injury in this game that kept him out of the lineup for the remainder of the tournament.

In the semifinals, Canada and the United States squared off, in a matchup featuring seven total Kings players. Sean Walker collected an assist for Team Canada, while Wolanin had one for the Americans, with the Canadians earning a 4-2 victory and a place in the gold-medal game. On the other side of the bracket, defensemen Olli Maatta and Kim Nousiainen were a part of a Finland defense that allowed just one goal across two knockout stage games, as they downed the Czech Republic (1-0) and Germany (2-1) to advance to face Canada with a gold medal on the line.

In the medal round, Team USA claimed bronze as Wolanin tallied a goal and two assists, Moore found the back of the net and Petersen made 33 saves in a convincing 6-1 win over Germany. In the gold-medal game, Walker tallied an assist for the second straight game, while Nousiainen had an assist for Finland, as Canada eventually skated to a 3-2 overtime victory to earn their first gold at the Men’s World Championships since 2016. 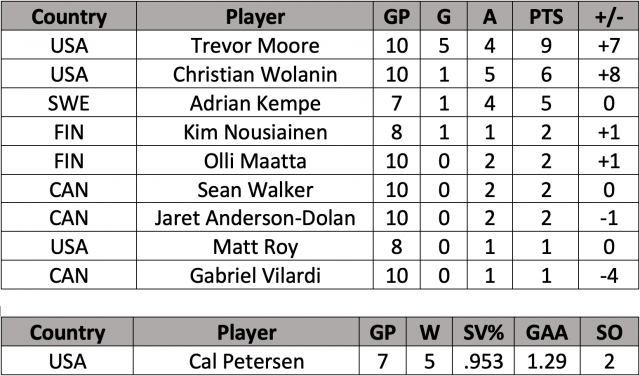 On the goaltending front, Petersen’s marks led all goaltenders at the tournament in both save percentage (.953) and goals-against average (1.29), as he was one of two goaltenders to post multiple shutouts during the event. Among goaltenders with at least 400 minutes played, Petersen’s nine goals allowed were the fewest in the tournament.

Looking ahead to what you might expect would be a more normal 2022 tournament, the groups for next season will be as follows:

With the Division 1 tournament, scheduled to be hosted by Anze Kopitar’s Slovenia, cancelled due to COVID-19, no teams were relegated from, or promoted to, the top division for next season. Here’s to looking forward to getting back to a more normal format in 2022. 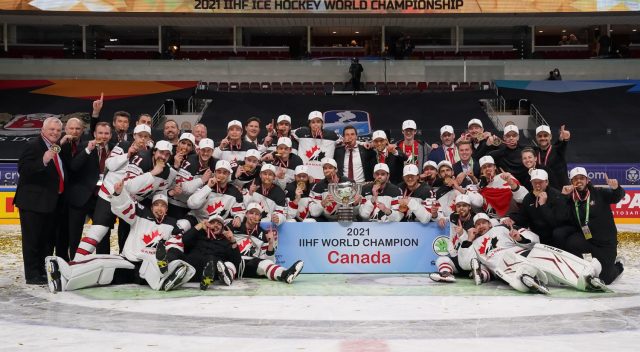 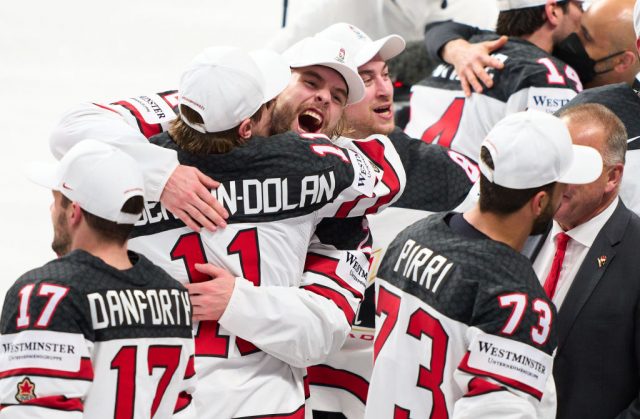 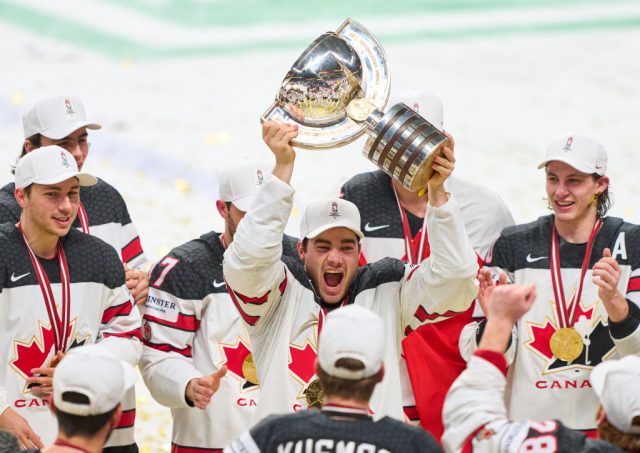 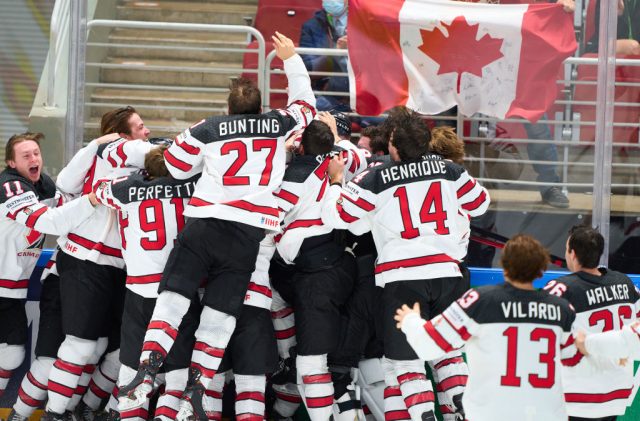 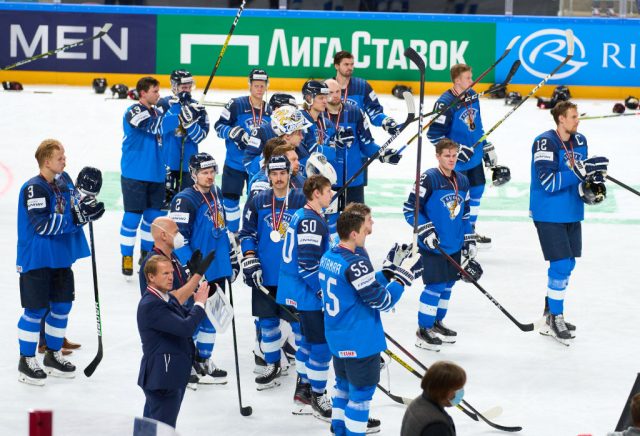 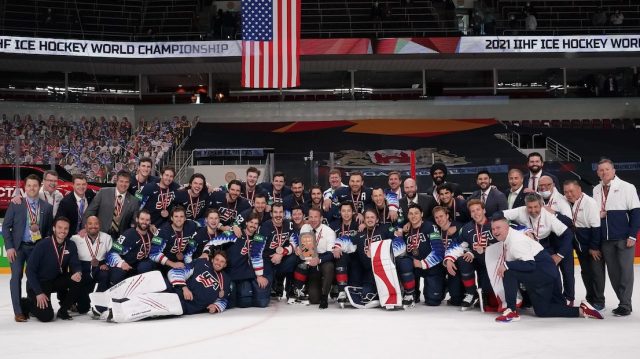 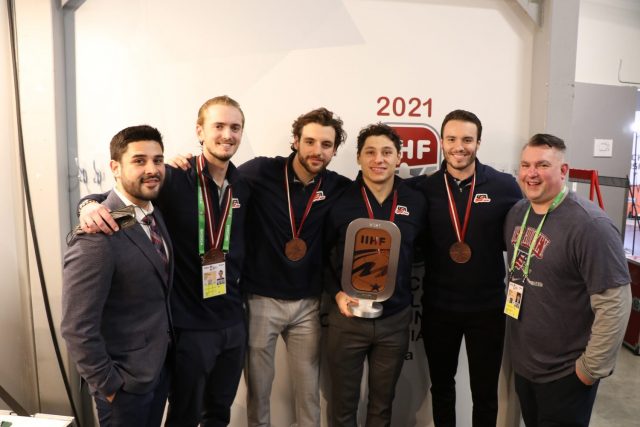