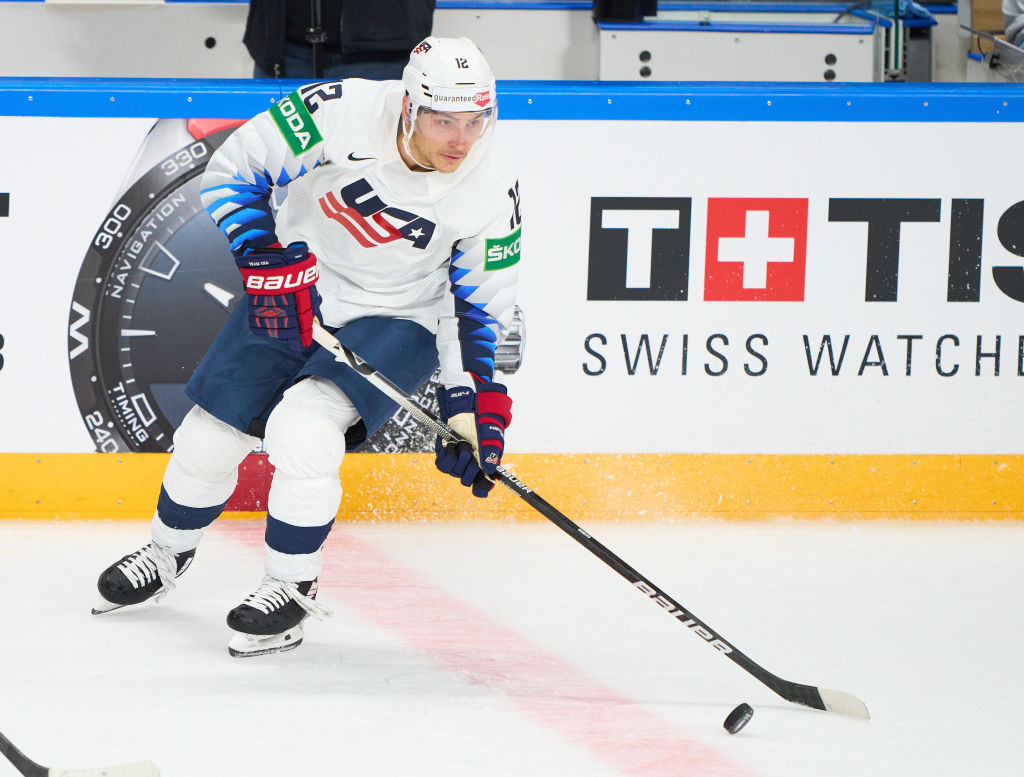 Perhaps we should call this a Bizarro World Championships update, considering how crazy the tournament has been so far. Slovakia and Germany are leading their respective groups at the approximately halfway home mark, Kazakhstan and Denmark are currently in positions to advance, while four of the “big six” currently are not, but that’s why it’s the halfway home update and not the final update.

What we do know, however, is that several Kings players and prospects have produced so far at the tournament.

UPDATES
We’ll start with Team USA, which has not only a skater on the Wikipedia scoring leaderboard, but also a goaltender, as well as a player of the game recognition from each of their two victories.

Forward Trevor Moore has collected three goals and four points from three games played to lead Team USA offensively, including two goals in a win over Team Canada and another tally in yesterday’s victory over Kazakhstan. Moore was named as the United States “Player of the Game” against Canada. Overall, Moore is also +4, leading the team in goals, assists and plus/minus.

Between the pipes, goaltender Cal Petersen was selected as USA’s Player of the Game versus Kazakhstan yesterday, as he recorded his first international shutout with 18 saves in a 3-0 victory. Overall, Petersen is 1-1-0 in the tournament, with a .957 save percentage and a 1.01 goals against average from two games played. With an injury to Anthony Stolarz against Team Canada, expect to see even more of Petersen throughout the tournament.

Defensemen Christian Wolanin and Matt Roy have both skated in all three games for the Americans thus far. Wolanin has an assist and a +2 rating, while Roy is -1 and has worn an “A” as a part of Team USA’s leadership group at the tournament.

For Team Sweden, forward Adrian Kempe broke out yesterday with a three-point effort in Tre Kronor’s first victory of the tournament, a convincing 7-0 demolition of Switzerland. Kempe was held scoreless through the team’s first two games, but his big effort yesterday resulted in him being named as the IIHF’s Fan Chosen Hero of the Day across all games yesterday.

Defensemen Olli Maatta and Kim Nousianen have helped Team Finland to a 2-0-1 start, and a current place in the knockout round. Maatta collected an assist in Finland’s tournament-opening win over the United States and has appeared in all three games so far. Nousianen made his tournament debut yesterday against Norway, and scored the eventual game-winning goal, with a good-looking shot from the slot.

Wrapping up the updates is Team Canada, which has gotten off to an unconventional 0-3-0 start with just two goals scored through three games played. Jaret Anderson-Dolan, Gabriel Vilardi and Sean Walker have all skated in all three games so far, with Canada looking to breakout this morning against Norway, with a 10:15 AM puck drop.

Trevor Moore on Team USA responding against Canada after a tournament-opening loss
We have good leadership in the room, [Justin Abdelkader] has done a good job of getting us ready. We know it’s one game at a time, you don’t get another shot at it, so you’ve got to come out firing and I thought we did a great job tonight.

Cal Petersen on playing against Kazakhstan and staying in the game without a ton of shots
Just staying in the game, and whether it’s communicating or anytime I can handle the puck or something like that, just doing little things to stay in the game. Just trying to help out the defense, make sure when I’m coming, I’m talking and communicating a lot. They’re sometimes challenging games to play in, because you don’t get a lot of shots to stay in it, and as you can see it was relatively close. We handled it really well, played how we needed to play and locked it down and didn’t give them much.

Jack Capuano on naming Matt Roy an alternate captain
I haven’t been around him long, but I’ve done my homework on him with the LA Kings. He goes about his business in a certain way. One of the choices we made and it was a good choice on the back end.

Kim Nousianen on battling nerves in his first game
It was like [the] first game for me in the World Championships, so I was pretty nervous, like [in the] first period. But after the first period, I felt good and make my confidence a little bit better, and that helps.

Olli Maatta on what he hopes to accomplish at this tournament
I want to show internationally that I am a top player of course but mostly it is about the team and my belief on the team that they will do perform good.

Adrian Kempe on playing on a line with his brother Mario
It’s always fun to play for Sweden, but it’s something extra to play with your brother and playing on the same line tonight, I think we played a real solid game as well. That was the first time ever and it was pretty cool. 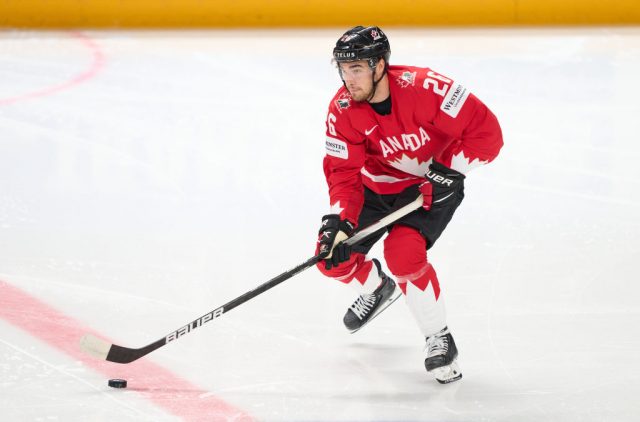 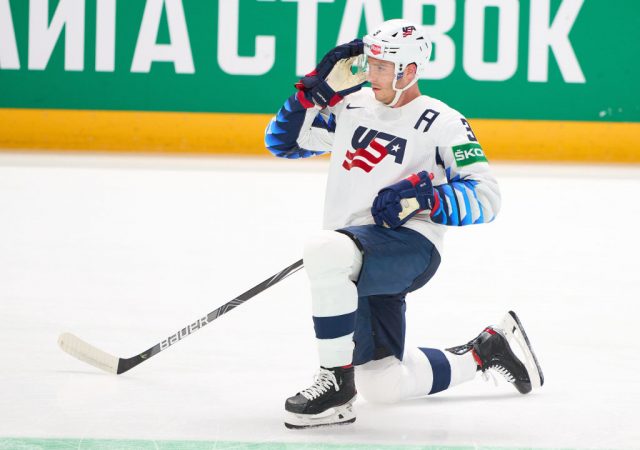 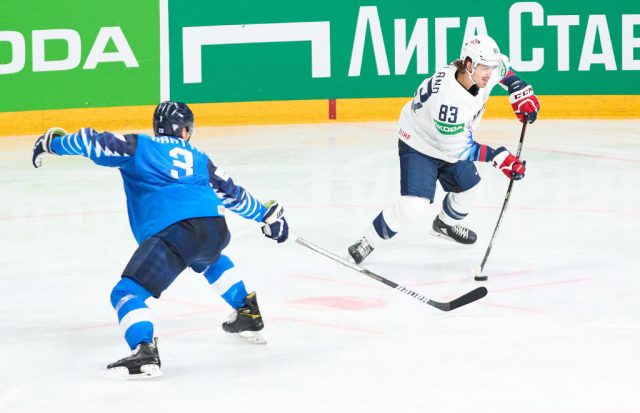 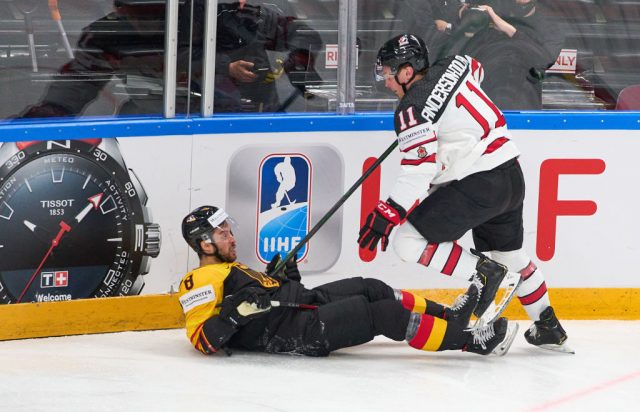 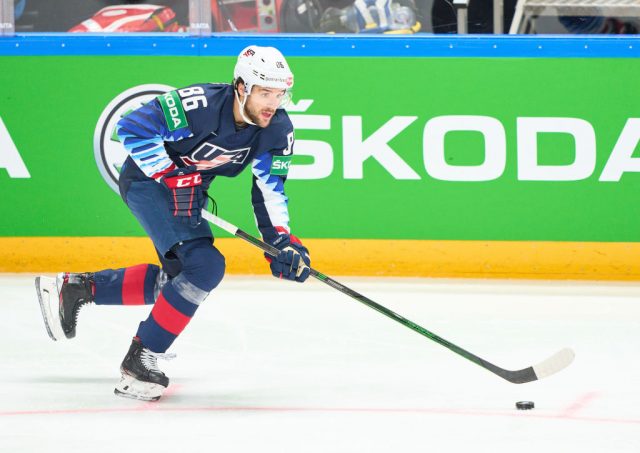 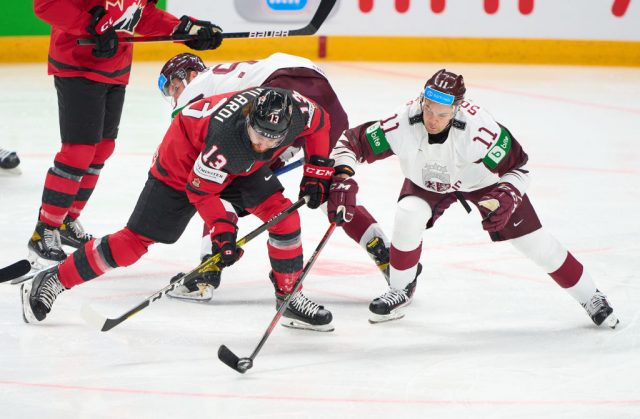 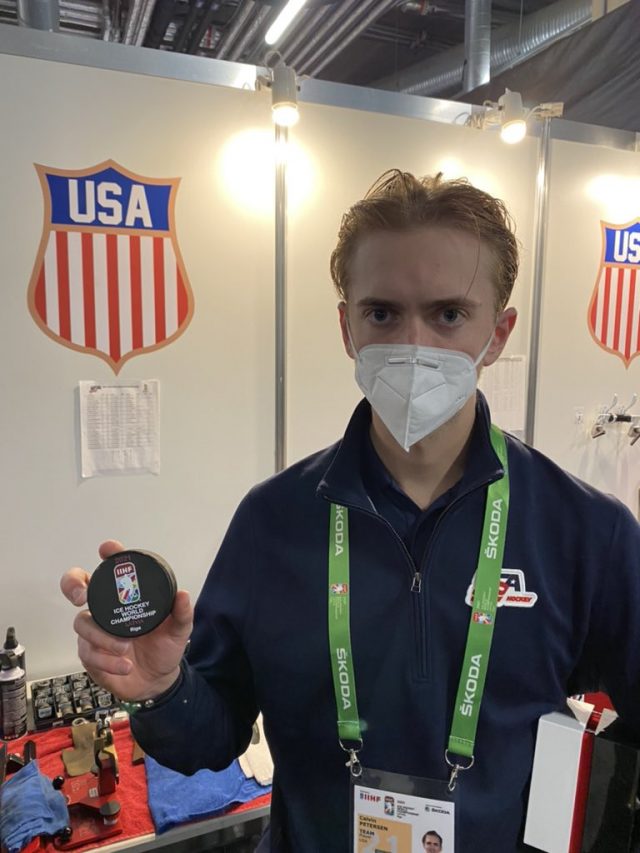 Trevor Moore-Goals!! It's his second of the night 🔥🔥