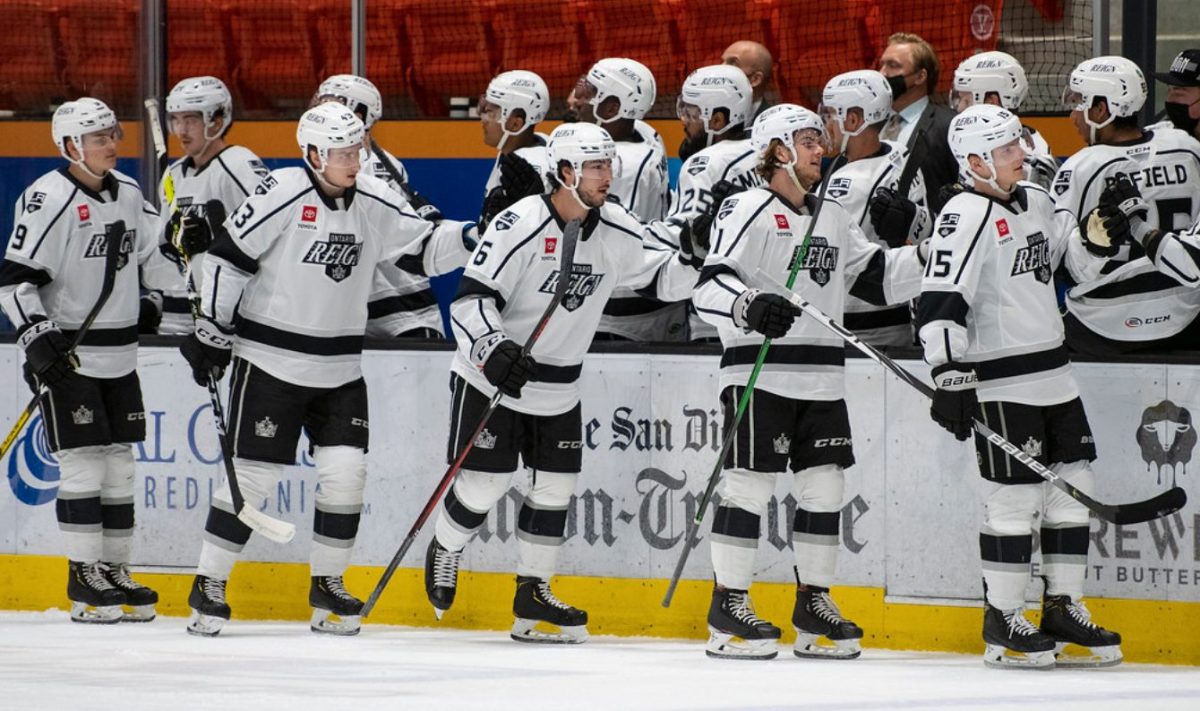 With the regular season now concluded and all 40 games played in full by the Ontario Reign, we now move to most wonderful time of the year (no, not the Christmas season Andy Williams). It’s the postseason! After starting the season 1-10-2, Head Coach John Wroblewski and the Reign have gone on to finish the regular season an impressive 16-9-2. Now, heading into the part of the season where banners get raised, Wroblewski has team clicking and primed for a run.

Without a true and “normal” playoff this season, unfortunately, there will be no Calder Cup awarded in 2021. Fortunately, however, the Pacific Division is holding its own tournament to find its division winner and winner of the John D. Chick Trophy. Unlike any other division in the American Hockey League this season, we do get a postseason, though it is a funky one it is.

The seven-team division, which is set to start its “play-in series” tomorrow, Tuesday, May 18th will begin with the fourth through seventh seeds fighting for a single spot in the division’s semifinals. In a pair of win-or-go-home games, the sixth-seeded Reign will need to win both to move into a best-of-three matchup with the top-seeded Vegas Golden Knights AHL affiliate, the Henderson Silver Knights.

In the #6 vs #5 seeded game, the Reign will face-off against the Colorado Eagles at 7:30 pm, with the winner then taking on the winner from the first play-in game between the #4 seed San Jose Barracuda and the #7 seed Tucson Roadrunners the following night, Wednesday, the 19th.

The winner from the bracket in Irvine will go on to face the Henderson Silver Knights in a best-of-three, semi-final series in Nevada, beginning as soon as this weekend. The winner of that series would face the winner of the San Diego – Bakersfield semi final to declare the champion. 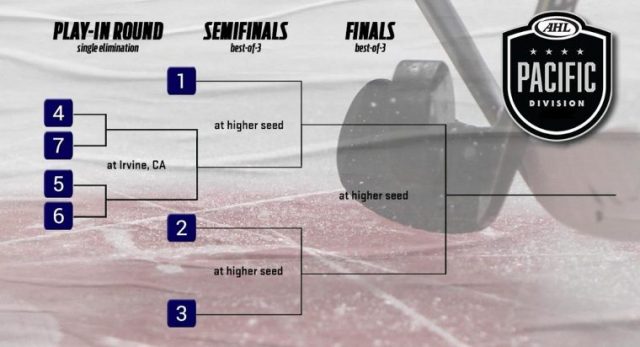 Focusing first on the only game the Kings AHL affiliate are guaranteed, the Reign have fared well against the Eagles. Having gone 4-2-0 in six games against their upcoming opponent, the Reign have every reason to be confident they can come out on top. Lead by Rasmus Kupari, the center averaged a point per game against the Eagles, tallying five points (1-4-5) in his five appearances and as a team have averaged 30 shots per game.

From regular season to postseason, the quick two-day turnaround could prove beneficial for Reign. In their last eight games, the Reign are 7-1-0 and have averaged 5.25 goals per game.

1. Arthur Kaliyev, who was just one of three Reign players to play all 40 games this season (Akil Thomas, Mikey Eyssimont) leads the team in goals (14) and points (31). Kaliyev’s 14 goals has him in a five-way tie for most goals by a rookie in the AHL.
2. Following his six-game stint with the Kings, the 2020 second overall draft pick Quinton Byfield has rejoined the Reign and played in the team’s last two regular season games in Tucson over the weekend. Prior to his call-up to the Kings on April 25th, Byfield ranked second in points with 20 (8-12-20).
3. With the Kings season now over, Rasmus Kupari and Lias Andersson have rejoined the Reign. Both forwards played, and found the scoresheet, in the Reign’s season finale on Sunday afternoon’s 9-4 win over the Tucson Roadrunners.
4. Prospect and forward Tyler Madden has rejoined the Reign and played in the team’s final two games after missing 26 games with an upper-body injury. Madden recorded one assist in his two games back, his first point since early-March.
5. The Reign have a full collection of skaters at their disposal for the postseason, however long that run might last. Ontario has 21 forwards, 10 defensemen and four goaltenders listed currently on its active roster, which gives the team a ton of flexibility to the extent it wants to use it.

With just the one play-in game guaranteed and a maximum of eight games, the young roster, filled with several rookies is going to get a valuable taste of playoff hockey. All games in the Play-In Series will be held at FivePoint Arena in Irvine, California. All games can be seen on AHL.TV.

All games marked with an * are pending qualification.