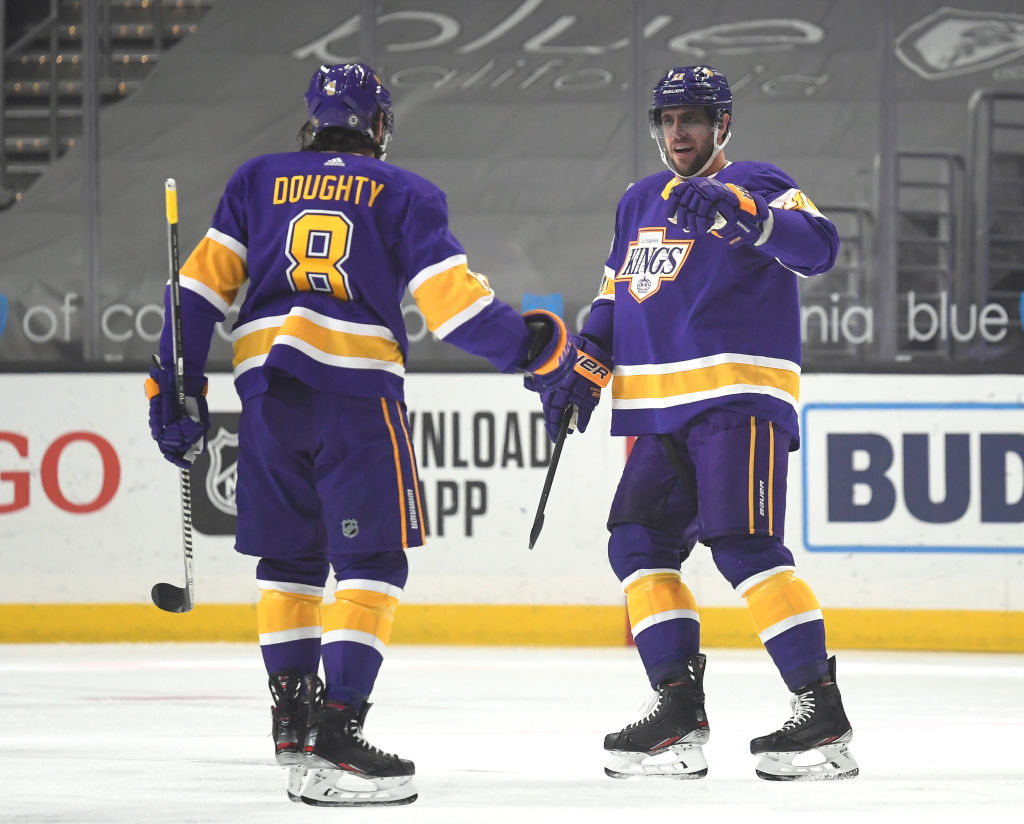 The LA Kings announced their annual team awards earlier today, with four players winning the seven awards given out this season. Award winners are as follows –

Voted By The Media –

As a voter, all four winners matched my submissions. For Kopitar, he wins the most-valuable player award for the eighth time in his Kings career, and the second consecutive season. Kopitar also tied Marcel Dionne for the most wins in franchise history. Drew Doughty swept the defensive categories, winning both the outstanding defenseman award and best defensive player award. Doughty has been named as the team’s most outstanding defenseman 11 times, the most in franchise history, and this is his third time winning the best defensive player award. Joining Kopitar and Doughty among those honored by the media is defenseman Mikey Anderson, who was voted as the team’s best newcomer. This is Anderson’s first time winning an award with the organization, and comes as little surprise, considering his role this season on the first defensive pairing as a first-year player.

Additionally, as previously announced, the Los Angeles chapter of the PHWA named defenseman Matt Roy as the Kings nominee for the Masterton Memorial Trophy.

Kopitar wins the most inspirational player award, as voted by his teammates, for the second consecutive season, and the second time in total during his professional career. Trevor Moore is a first-time winner, as the team’s unsung hero. The award seems to be a staple of the Trevor family, awarded frequently to Trevor Lewis during his time with the organization. Several players received votes amongst teammates this season, with Moore a deserved winner.

Chosen by the Kings Booster Club –

Kopitar completes his hat trick of awards with the most popular player title, awarded by the booster club. Kopitar has won that award twice in his career, also taking home the trophy in the 2006-07 season.

Moore and Anderson gave their reactions to winning their awards earlier today, shown below.

The NHL announced this morning the 31 nominees across the league for the King Clancy Memorial Trophy, presented “to the

By Zach Dooley
253 Comments
Off the Ice

The LA Kings announced their annual team awards earlier today, with four players winning the seven awards given out this

By Zach Dooley
68 Comments
Off the Ice