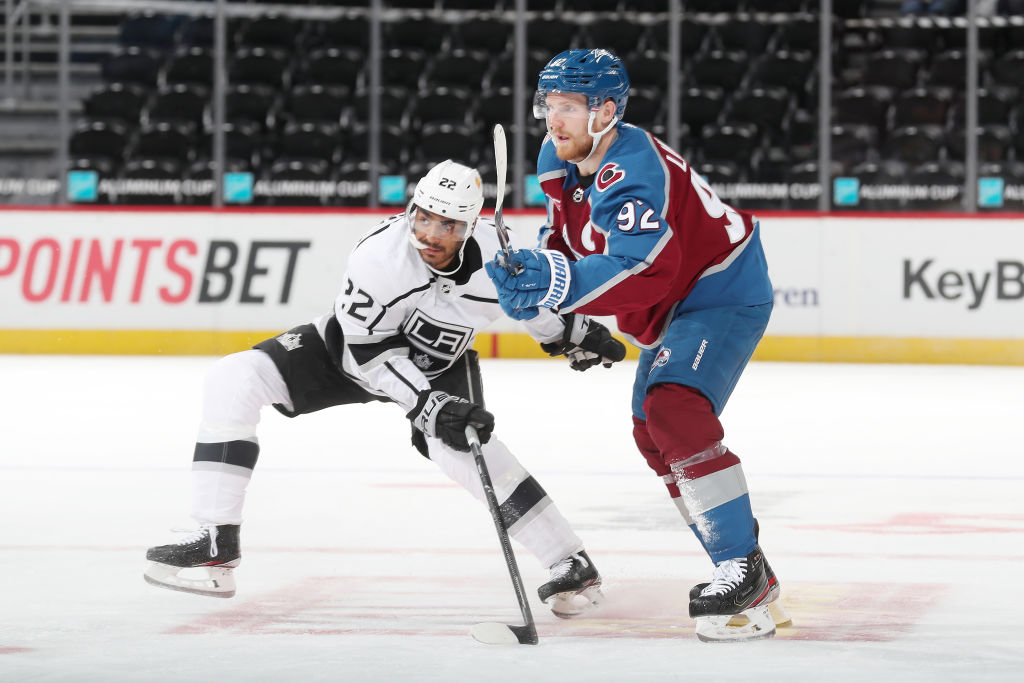 Night one between the Kings and Avalanche went the way of the hosts, in convincing fashion, with Colorado skating to a 6-0 victory in the second to last game of the season for LA.

The first period was played almost exclusively in front of the Kings net, with Colorado scoring three times in the second half of the opening frame, to take a 3-0 lead into the first intermission

Joonas Donskoi opened the scoring 14:43 into the game, as he buried a rebound past Kings netminder Cal Petersen on the power play to break the deadlock. Just over a minute later, Pierre-Edouard Bellemare doubled the advantage as the Kings were unable to clear a puck out of the crease and Bellemare put it in, through the five hole, for his eighth goal of the season. The Avalanche capped things off 45 seconds from the break, as J.T. Compher scored from the right-hand circle, to make it 3-0 for the hosts.

The Avalanche added three more in the second period, as they opened up a 6-0 lead through 40 minutes.

Colorado got things started immediately after an LA penalty kill as Devon Toews, moving down the left wing, fed a cross-crease pass to Compher for a slam dunk goal at the back post, his second of the evening. The Avalanche made it 5-0 just past the midway park of the game, as Gabriel Landeskog cut through the slot on his backhand and fired home from below the hashmarks. Compher completed his hat trick, off of an incredibly unselfish pass back from Valeri Nichushkin, to make it 6-0.

Neither team scored in the third period, with the shots on goal finishing 10-7 in favor of Colorado.

Hear from Head Coach Todd McLellan from after tonight’s game.

On what he needs to see tomorrow to end on a higher note than tonight
Well, it’s quite obvious. I think we need an effort, we need a group of guys that actually care about finishing the season. Individual pride. And it’s not too much to ask a group to work for 60 minutes. We might not have the skill, we might not have the quality of team that our opponents have tonight and the same group tomorrow night, but we have a lot more in us than we showed. It’s quite disappointing.

On the goaltending plan for tomorrow
Troy will play.

On what he specifically didn’t like from the team tonight
The first period, the second period, the third period. Execution. More consideration for teammates when it comes to effort. I could go on and on, you could write a book about it.

Notes –
– With 20:53 tonight in total time on ice, defenseman Mikey Anderson will finish the season as the leader in TOI amongst first-year players. Anderson has logged 1,119:26 this season.
– Tonight’s game marked the fourth time the Kings were shutout this season, and the second time from three games played at Ball Arena.
– The Kings tied a season-low for shots in a single period with three in tonight’s first 20 minutes.

The Kings are not scheduled to skate tomorrow morning, considering the back-to-back, and will return to action tomorrow night.