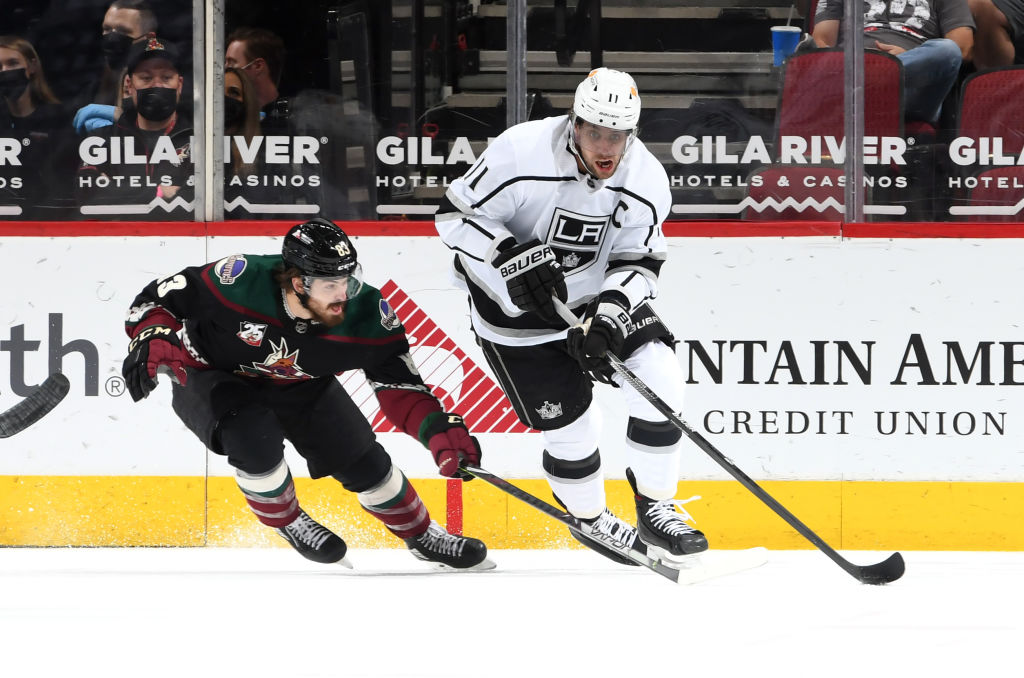 Forward Anze Kopitar recorded his 1,000th career NHL point with an assist in the third period, as the LA Kings skated to a 4-2 victory over Arizona on Wednesday evening. It took more than 59 minutes to get the big one, but Kopitar reached the milestone with the lone assist on Sean Walker’s empty-net goal, sealing both a huge personal night and a team win.

The teams traded goals in the opening five minutes, with Oliver Ekman-Larsson’s game-opening goal cancelled out by Gabriel Vilardi’s tally shortly after. Ekman-Larsson got a shot through from the center point, evading traffic in front and in to open the scoring with just over a minute elapsed. The Kings struck back, however, as Alex Iafallo fed Vilardi in the slot, with Vilardi’s one-timed effort sneaking through, past Adin Hill on the glove side to tie the score at one.

The teams also traded goals in the back half of the opening period. Jaret Anderson-Dolan put the visitors ahead just over 13 minutes in, as he beat Hill clean with a wrist shot from between the circles for his seventh goal of the season. With the secondary assist, Quinton Byfield collected his first career NHL point on the play. Arizona tied the game on the power play late in the opening 20 minutes, as Jakob Chychrun’s shot was knocked home in the crease for the tying goal.

After a scoreless second period, Vilardi got his second of the evening early in the third frame, as he got himself to the front of the net and buried a feed from Lias Andersson to put the visitors back on top. Vilardi’s two-goal effort was the first of his NHL career.

With the score 3-2 inside a minute to play, Kopitar won a faceoff in the defensive zone, which Walker sent the length of the ice into the empty net for the milestone, the 1000th point of his NHL career. Kopitar became the 91st player in NHL history to reach 1,000 points, the fourth to do it in a Kings jersey and the first Slovenian-born player ever to reach the mark.

Hear from Kopitar and Head Coach Todd McLellan from after tonight’s game.

On scoring 1,000 points and his emotions around the milestone
Obviously the excitement, being thankful for a lot of reasons. Thankful to my family, my parents, my grandparents, my wife Ines, my kiddos for giving me energy, my brother for keeping me in check. Thankful to everybody along in my hockey career, from the first coach to Todd right now, and Dave Taylor for drafting me and giving me this opportunity. I can go on and on, obviously Mr. A for keeping me around all these years, it’s a long list. Just want to thank everyone at the same time.

On his emotions coming in, after not having to sit on 999 for too long
It was definitely exciting and nerve-wracking a little bit. I caught myself thinking a few too many times about it, and I told myself to kind of relax a little bit. Just to play and let it happen when it happens.

On if he ever thought his career would play out like this, when he came to Los Angeles
It was very hard to imagine. Being a kid, you always have a dream, right? To make it to the NHL and to win the Stanley Cup, to have a long career, a successful career. For me, I was almost a little bit naïve to think that, but I guess not, 15 years later, being in this position, it’s exciting and I’m very humble, thankful comes to mind. Before, I forgot to thank my teammates, which is probably not the best idea, but I’ve been very thankful for the guys that have played with me and been a part of my success and our success as a team.

On hearing his name alongside Kings legends such as Taylor and being in that 1,000-point club
Like I said, it’s very exciting and I’m sure it’s going to set in a lot more in the next few days, or weeks. This one, it’s a little bit different than 1,000 games, because with 1,000 games, the excitement kind of builds up and when it comes, you’re kind of expecting it. This one, it just kind of hits you. It’s very exciting right now, my heart is still racing. I think it’s going to set in a little bit more in the next few days, weeks.

On what he would have said, if someone told him in 2006 he’d score 1,000 points in the NHL
[Laughs], you’re crazy? I don’t know. It’s surreal. It hasn’t set in and just being a part of this club, it’s very special to me. Like I said, it brings me back, very thankful right now, and obviously very excited and very happy, all of the above, but very thankful and humbled to be in this position.

– Forward Anze Kopitar recorded the 1,000th point of his professional career with an assist on Sean Walker’s empty-net goal.
– Kopitar became the 91st player in NHL history to reach 1,000 points, the fourth to do it in a Kings jersey and the first Slovenian-born player ever to reach the mark
– Forward Gabriel Vilardi collected the first two-goal game of his NHL career tonight, with goals in the first and third periods.
– Vilardi scored the game-winning goal in three of the four Kings victories in Arizona this season.
– Forward Quinton Byfield collected the first point of his NHL career, with the secondary assist on Jaret Anderson-Dolan’s first-period goal.
– Defenseman Sean Walker picked up his second multi-point game of the season with a pair of assists tonight.
– Forward Alex Iafallo collected a point for the second-straight game with the primary assist on Gabriel Vilardi’s goal.
– With the primary assist on Vilardi’s second goal, forward Lias Andersson collected his first assist as a member of the Kings.
– The Kings swept the season series at Gila River Arena, with four victories from four games played.

The Kings are not scheduled to practice tomorrow, will a full off day following tonight’s travel from Arizona. The team is scheduled to return to the ice on Friday, for a morning skate in advance of that evening’s game versus Colorado. 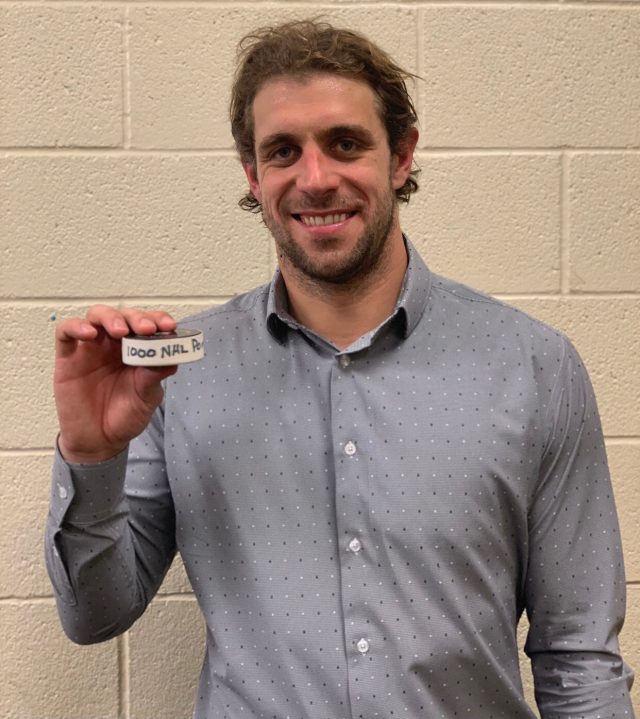