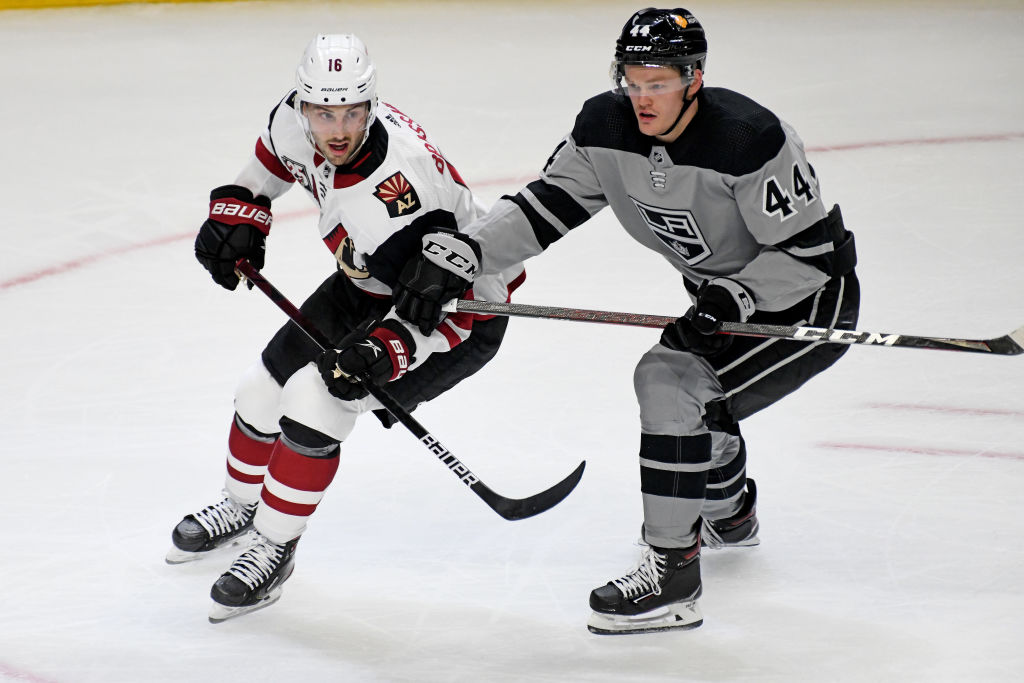 The LA Kings played twice at home this weekend and were defeated twice, but it certainly wasn’t the same way on both nights.

On Friday, Todd McLellan used words such as tenacity, attacking, hunt and mentality to describe his team. The Kings came to play off the opening puck drop, and in terms of an overall 60-minute effort, it was one of the better ones the team has put forth as of late. All of those positives came in a defeat that showcased both much of what has made the Kings successful this season, as well as a lack of finishing that has been a reoccurring issue. You play the way you played on Friday though, you’ll win more often than you’ll lose.

“Actually quite happy with our game,” McLellan said on Friday. “We had some tenacity to our forecheck, we kept a lot of pucks alive, more so than we’ve done in the last little while, it was probably the best night of attacking we’ve had in a long time. We shot the puck, we got it back, created a lot in and around the net, scrambles, just didn’t find a way to either keep one out of our net or get the extra one. I don’t have a lot of complaints about our play tonight.”

Saturday, however, the words used were slow, empty and frustrating. Quite simply, the Kings didn’t have it against the Coyotes on the second night. No one used the back-to-back as an excuse, against a team that didn’t play the night before, and regardless of whether or not it was, the positive traits shown on Friday evening were not present on Saturday. For whatever the reasoning was, it just wasn’t there on night two.

“We didn’t have it as a team,” McLellan said after yesterday’s defeat. “We didn’t have it physically and emotionally we didn’t have it either, it was a little bit empty. I don’t know if the game yesterday took it out of us or not, certainly the way Arizona played and checked didn’t help our cause either, they played as good a game as you can possibly play on the road, and it was frustrating to play against. You put that all together and we just didn’t have it. We were second to a lot of pucks, our shot selection and our ability to get it off was slow, we didn’t defend the way we needed to obviously. We were the second-placed team tonight, for sure.”

This weekend’s game were also an example of how relying solely on puck possession metrics can be deceiving. The shots on goal in each game were reflective of the flow of the game, with the Kings controlling the puck on Friday, and the Coyotes controlling it on Saturday. Corsi, however, at 5-on-5 was towards the middle on both nights and the Kings posted their fifth-best percentage of the season in high-danger chances on Saturday.

You look at the stat line alone, and you’d say that the Kings were just pretty good on Friday, and not all that bad on Saturday. I think it’s fair to say that both days were more extreme than that, with a strong performance on Friday, and Saturday’s game tilted in Arizona’s favor right off the start.

It’s been an issue that continues to surface this season with a team not being dialed in off the opening puck drop. In the words of the captain, it comes down to the mentality of the individual, and that just hasn’t been there consistently this season.

“It’s a mentality, it’s an attitude that has to get better,” Anze Kopitar said after Saturday’s game. “We’ve certainly got to play with more desperation than we did tonight. We’ll address that and it’s going to have to be better, bottom line.”

At one point in the game on Saturday, the shots on goal were 26-8 in favor of Arizona, until McLellan tried something new with the lines. I’ve seen a number of people upset that lines that worked well over the last two games – Lizotte’s line on Tuesday, Vilardi’s line yesterday – were broken up midgame, and I can understand that point. Both lines had a strong game this week, and there were obviously some strong opinions on altering those units in-game.

At the same time, when the changes were made, the Kings had very little going for them, and if you want some sort of takeaway, the best stretch of play in the game was late in the second period, spurred by the unlikely trio of Vilardi centering Trevor Moore and Austin Wagner.

Looking at the two outcomes as a whole, to lose twice at home, coming off of the momentum from Tuesday’s win is disappointing. The Kings brought close to their best on Friday, but were unable to seal the deal against a quality opponent. Saturday’s game was a step back, and a prime example of recognizing it’ll be tough for the Kings to win games, at this stage in the process, with anything less than their best.

“We can’t afford not to be at the top of our game on any given night, and today we weren’t.”

Looking ahead, the Kings play four straight games against the Ducks, two at home and two in Anaheim. If there’s a chance to find some consistency, it’s with four games in a row against their cross-town rivals, the team in the division in the most similar spot in the long-term overview. With the Kings at the stage in the process that they are, there’s value in all of these games down the stretch.

If “play the kids” means Quinton Byfield, Arthur Kaliyev and Alex Turcotte the organization has already stated that it does not intend to use a year on the entry-level contracts of players who have played the bulk of the season in Ontario. Ensuring that means no more than six games for Byfield or Turcotte, and no more than five for Kaliyev. Entering those players into the lineup with still 11 games remaining means either picking and choosing their spots down the stretch, giving them a run of games and then pulling them out, or waiting just a bit longer to insert them in.

If it means playing players such as Rasmus Kupari, Samuel Fagemo, Akil Thomas, Sean Durzi or others who are already on the first year of their entry-level contract, then those moves would be made at the expense of the players listed above. Kale Clague and Lias Andersson have already been recalled to the active roster, and though they are no longer kids per say, they are still in an evaluation mode. And all of that doesn’t even include the four players 21-and-under already in the lineup and others who are older and vying for their own roles in the organization moving forward.

The Kings still have options in front of them down the stretch, meaningful games to be played and the best way forward will be determined in the coming days.