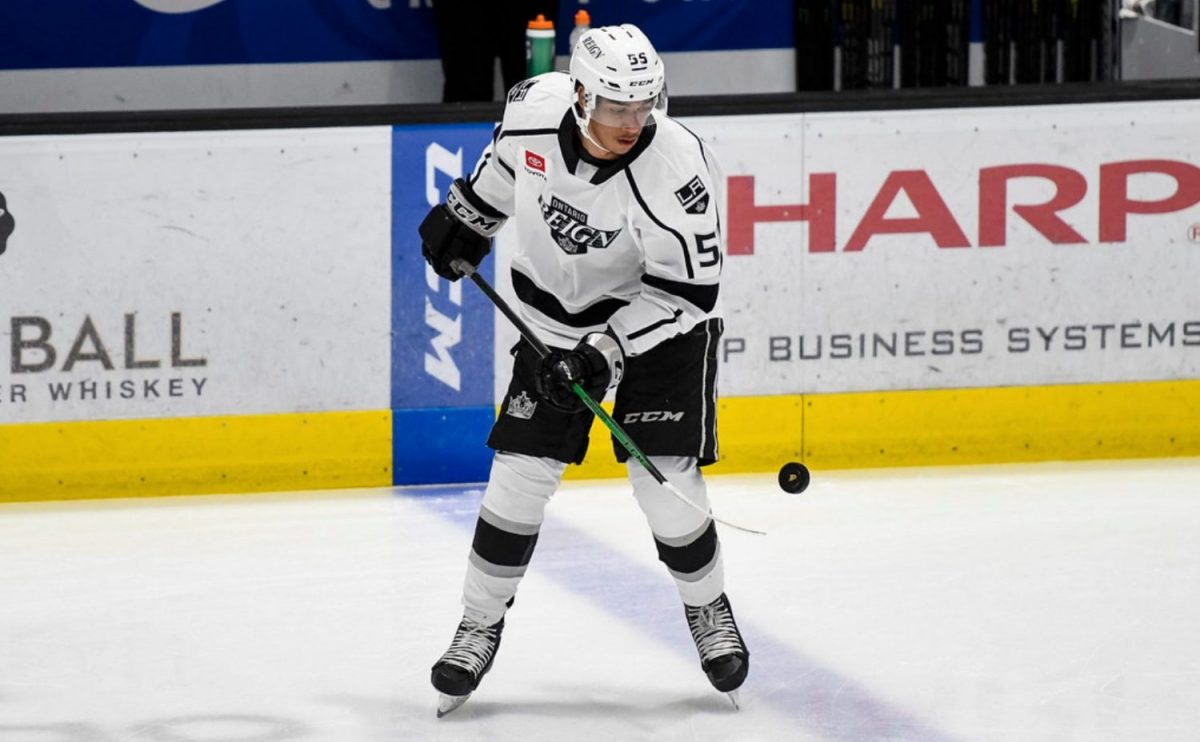 With 30 games down and 10 to go in the Ontario Reign’s season, Head Coach John Wroblewski and his staff have made significant strides since we last updated you on the Kings’ AHL affiliate. From an uptick across the board in player production, to winning more hockey games, to continuously developing an identity, Wroblewski has started to build a young, fast and tenacious group with Ontario.

When you take into account that the Reign entered this already condensed and COVID-impacted season with a new head coach and 13 rookies, it did not necessarily come by surprise when the team got off to a slow start. As we saw with Todd McLellan in his first year with the Kings last season, it takes time for the players and coaches to get on the same page and understand each other’s strengths, weaknesses and styles. For reference, the Kings began last season 5-11-1 before finishing the season on a seven-game winning streak (with the season ending on March 12 due to COVID-19). Success takes time.

After starting the season 1-10-2, the Reign, like the Kings did last year, have turned things around, by going 8-7-2 in their last 17 games. With so much talk about the young talent and specifically the young offensive talent within the Kings prospect pool, that core’s contributions have largely fueled the Reign’s turnaround. In those first 13 games (what I’ll call the “adjustment period”), the Reign averaged a mere 2.30 goals per game, a league low during that span. In the next 17, the team’s scoring improved by more than a goal-per-game, averaging 3.58.

One of the Reign forwards that has followed “tale of two seasons” trend is Quinton Byfield. The second-overall selection in the 2020 NHL Draft has seemingly found his groove in the AHL. In Byfield’s first 14 games, the 215-pound center tallied seven points (1-6-7) and had a minus-14 plus/minus. In his next and last 14 games, Byfield has put up 12 points (6-6-12), recorded a plus-3 rating and established himself as a net-front presence powerhouse on the Reign’s top power-play unit.

Byfield steals the puck and scores his 7th goal of the season!#Reign pic.twitter.com/bm8dE7sL54

Another player who has stepped up in the second half of the Reign’s season has been Lias Andersson, after he was strictly in the NHL in the first half of the season. Acquired during the 2020 draft (in exchange for a second-round pick), Andersson when in Ontario and not with the Kings has been better than a point-per-game player; something no one else on the Reign can say. With an even split of 13 games in both the NHL and AHL, Andersson has racked up 14 points (5-9-14) with the Reign, and leads the AHL with three shorthanded goals. For Wroblewski, it’s more than just the points that has him impressed with Andersson. His mindset and determination have been key factors that Wroblewski has pointed out.

“Lias has been steady every time he’s come down to the AHL,” Wroblewski said. “When guys like him come down, they tend to be very loud when it’s time to drop the puck. They want to prove a point that they’re NHLers and [Andersson] does a great job of providing that. He’s been great.”

Offensively, the Reign have gotten the ball rolling, though the defensive side of the game has still taken some time to come along. The Reign have allowed the most goals in the AHL (117) and average 3.9 goals against per game, tied for last in the AHL. With a rotating carousel of defenseman in and out of the lineup, including a stretch of games where the team was able to dress just five blueliners, due to injuries, protocols and quarantine rules, consistency has been tough to come by. With nine different defensemen having played at least 15 games for the Reign, stability on the back end is something the group is still in search of. For Wroblewski, however, that’s no excuse. The bench boss believes whoever is in the lineup should be ready to go.

“There are no excuses at this point,” he said. “[Our players] need to adapt and adapt quickly. They need to recognize that when they play the right way and have the proper preparation mentally and physically, they belong in this league.”

With just 10 games left in the abbreviated season, Wroblewski, his staff and the Reign now get ready for the final stretch to come. Currently, the Reign find themselves in the midst of an eight-day hiatus without games, with the team off from game action until Saturday, after their most recent game this past Friday. Focused on getting the team ready and right, Wroblewski finds the timing of the mid-season break timely.

“We’ve got to recharge both mentally and physically,” he said. “We’re in a sprint right now and in the dog days of the season. This break could not have come at a better time.”

When the Reign step back on the ice in two-days time against the Bakersfield Condors, lots will be on the line. Not just that a quarter of the season remains for the Reign roster, but three NHL call-ups linger for the Kings following the passing of the NHL Trade Deadline. It may not be the players’ focus, but it’s nothing they don’t know.

Focused on the development and growth of the roster, Wroblewski’s task at hand continues to be to prepare his roster for the NHL. But first, they need to be capable of succeeding in the AHL, and this final slew of regular-season games will be important for several individuals, and the team as a whole.

“We need to keep pushing these guys to recognize that they do belong here,” he said. “They are all capable of playing and succeeding in the AHL.” 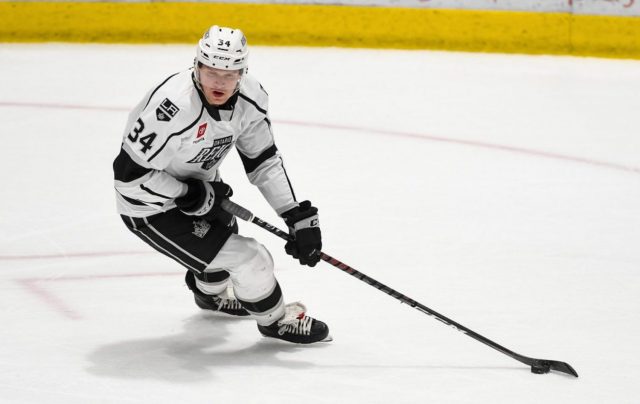 By Zach Dooley
494 Comments
Looking to the Future

By John Hoven
392 Comments
Looking to the Future

With 30 games down and 10 to go in the Ontario Reign’s season, Head Coach John Wroblewski and his staff