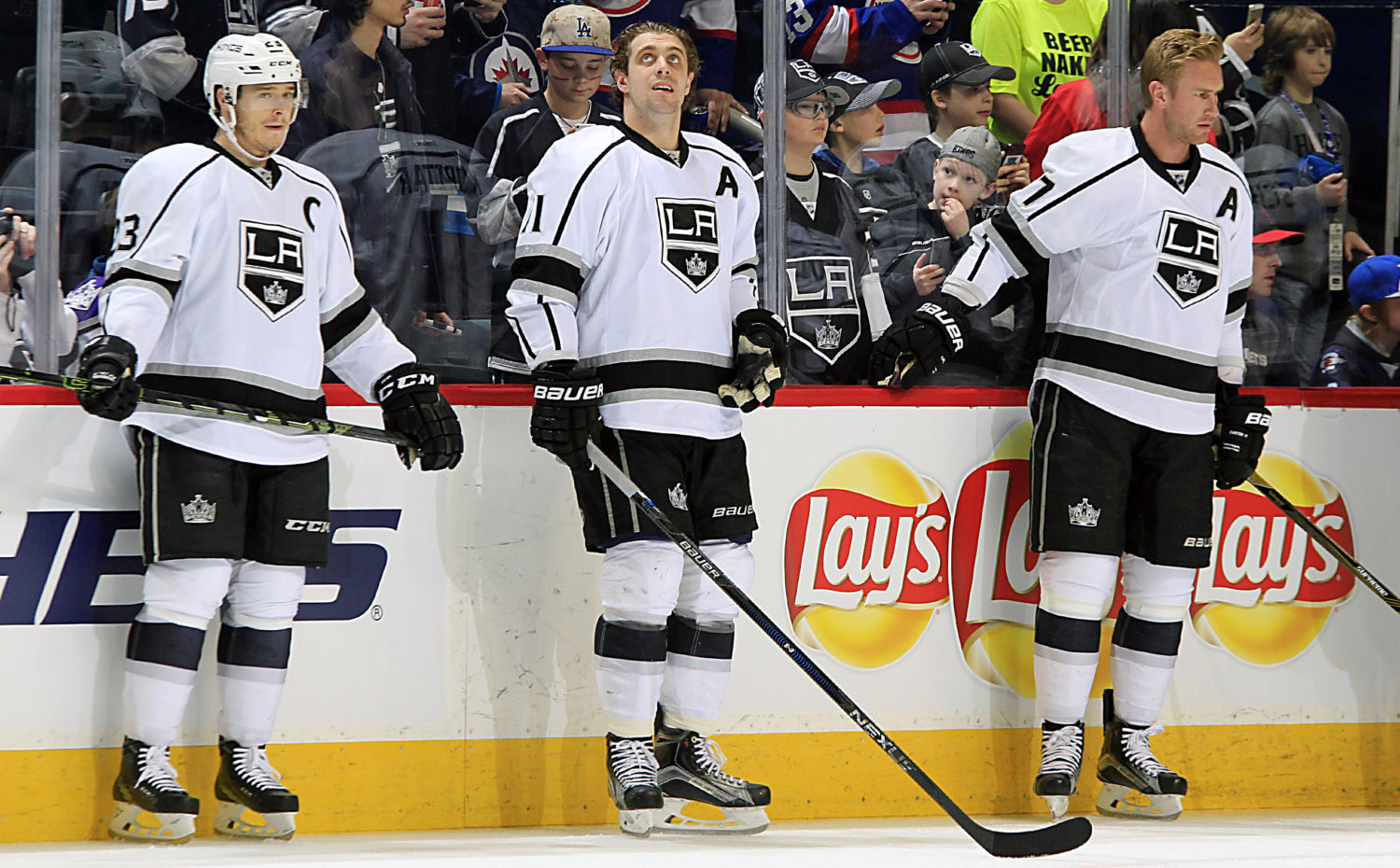 When a player with the stature, importance and emotional ties that Jeff Carter had within the LA Kings organization departs, it’s natural to be a big topic of conversation.

Carter was a massive part of the 2012 and 2014 Stanley Cups, and has been a staple for the Kings at the forward position ever since. Though he wasn’t acquired by the Kings until the middle of his career, Carter still ranks tied for tenth all-time in goals for the organization and was one of the NHL’s most feared goalscorers in his prime.

From 2012 – 2017, Carter scored between 26 and 32 goals in each season with the Kings, and just 12 players across the NHL scored more in that span. As he went on in his career, the Ontario native became a pillar of leadership within the organization as a part of the “veteran five” over the last few seasons, the remaining players from both championship teams who have made up the leadership core of a young and evolving team around them.

Management, Coaches & Teammates have expressed their admiration for Carter, while those who worked with him, those who covered him and those who cheered for him have done the same. A look at some of those quotes, as well as some of the most memorable moments from his extremely successful stint with the LA Kings.

Rob Blake
He’s been a tremendous player for this organization. There’s a group of these guys like I’ve said, unfortunately numerous times at deadlines, that have done so many good things for this organization, taken us to two Stanley Cups, and Jeff was that. He was a true professional, showed up every day, did his job and did it very, very well. I spoke to him last night and this morning, not easy at all. We understand, we respect he’s going to a good spot there and we wish him continued success. It’s part of it, it’s a difficult part that we deal with, but we can’t be any more thankful for everything he’s done for this organization. He’s been tremendous.

Todd McLellan
With Carts, obviously a real, real important player for this organization for a long, long time. A big part of championships and great memories, nobody wanted to lose him, but the organization has to manage its assets with the expansion draft coming up. The opportunity to get pieces back for somebody that we had a good chance of losing in the summer, I think that decision had to be made, but it doesn’t make it easier for the players. I think the younger ones appreciated his leadership, his ability to carry himself professionally around the rink. He cared about those younger players, but for them it’s an opportunity, it opens up more ice [time]. It’s the older players that probably it stings a little bit more. There were some tears in some eyes today, but he’s going to get a real good opportunity, everyone is happy for him. We’d like to see him make good on it and enjoy another championship out east.

Anze Kopitar
I mean, think about it throughout the nine years, he did just about everything we asked from him. We traded for him in 2012, to spark our scoring, he certainly did that. We went on a run and won a Stanley Cup that year, and then won another one and I don’t think he got enough credit for showing the way as a leader. You think about it, [Pearson and Toffoli], back in the day were on his wings, and he took it, I think pretty personally, to get those guys going and right, and he obviously did a great job. Like I said, I think he’s been flying under the radar as a leader. It’s a very sour taste to see him go, but at the end of the day, you wish him luck and we’ll meet up again soon, probably in the summer.

Drew Doughty
I was a little surprised, we were only six points out and Jeff was a great player for us. I just really didn’t expect him to get traded. Jeff was a great player for this organization, a great teammate, a great dad, a great family man. He was a guy that I looked up to since I was five years old. His dad coached me when I was five and I followed his career since I was that age. When he would play the London Knights in my hometown, I would go to the games, I would go to his AAA games, watch him play with the Chiefs. I’m going to miss him dearly. It sucks. I hate this part of the business. I think there’s only four of us left from those cup teams now, it’s just getting sadder and sadder, but it’s a part of the business, part of what’s going on here and we’ve got to deal with it.

Alex Iafallo
I got to know him right off the hop when I first got here when I was young and being an older guy, he always stepped in and told me what I needed to work on and small things like that. He was always a calming presence, having him send words to me and pump me up along the way, he’s done it for everybody, so he’s always been a great guy.

For Carter, it’s on to his next destination in Pittsburgh. He played his first game with the Penguins on Thursday evening, as he logged 17:54 in a 2-1 shootout loss against his first team in Philadephia. Carter centered the team’s second line, and played on both the power play and penalty kill.

Hear from the two-time Stanley Cup Champion below after the trade.

By Zach Dooley
218 Comments
Behind the Scenes

By Zach Dooley
561 Comments
Behind the Scenes