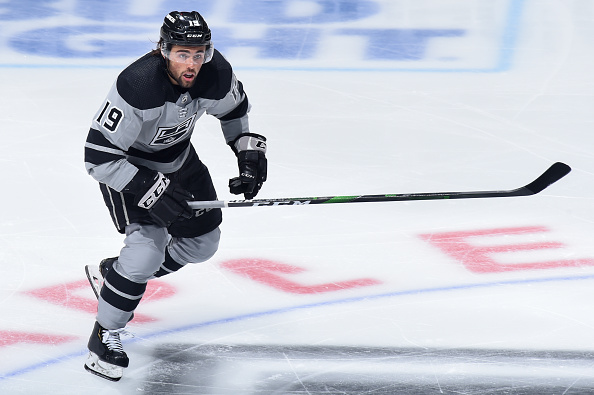 As the LA Kings continue to search for consistency among their young forwards, a model for success in that department of a player who worked his way from a prospect to a consistent NHL contributor is not hard to find.

For all of the talk amongst fans and media about what Alex Iafallo isn’t, there’s not enough talk about what he is – an extremely reliable, two-way, dependable forward, who has improved every year he’s been in the Kings organization.

There’s not a ton of gap between Iafallo’s best night and his worst night. On the nights he’s scoring, or producing points, it’s not the only thing he offers to the Kings. And on the nights when he isn’t, the other elements of his game are still there.

“All aspects of his game are a real good modeling tool for a lot of young players coming up,” Kings Head Coach Todd McLellan said. “He can check, he’s responsible defensively, he understands structure, and on the other end of it, he might not be the most gifted player in any area, but he puts all of his tools together and as a result, he becomes a pretty consistent, trusting player.” 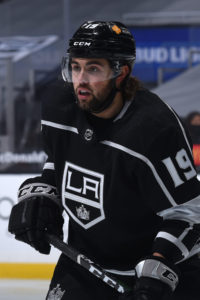 If you break Iafallo’s first 39 games this season into thirds, you’d get point totals of nine, eight and eight again. There isn’t a stretch of 12 games, anywhere in his season no matter how you break it down, that Iafallo didn’t have at least seven points. Over the course of an 82-game season, that’s a 48-point pace, which would be a career-high. And that’s the worst 12-game stretch you can find.

Iafallo’s consistency has been one of his trademarks, as he’s earned his role on the team’s top line alongside Anze Kopitar and Dustin Brown. Being consistent every day, regardless of whether it’s a game, a practice or an off day, is a big part of Iafallo’s philosophy and upbringing, and it’s helped him to establish himself as an everyday NHL player.

But how does he define consistency?

For the now fourth-year forward, it’s a mindset that comes day in and day out, that has helped him to develop consistency in his game.

“I think just maintaining and playing your game,” he said. “Staying on pucks, staying hungry, the preparation is probably the biggest factor I think. Preparing your mind mentally, that every shift you have to go out and be willing to block a shot or make a great play, produce offense, etc. Keeping that mindset, even on days off, you’re still thinking about the game and that goes a long way, it helps you in the game the next day.”

For the Eden, NY native, it hasn’t been the conventional career path, either.

Undrafted, Iafallo signed with the Kings as a free agent out of Minnesota Duluth, also the NCAA program of defenseman Mikey Anderson. Iafallo made the NHL club out of training camp in 2017 and has never stepped foot in an AHL game.

Over the last three seasons, Iafallo has seen his offensive totals grow each season, from 25 to 33 to 43 a season ago, with his current pace by points-per-game set to increase that mark for the third straight campaign. 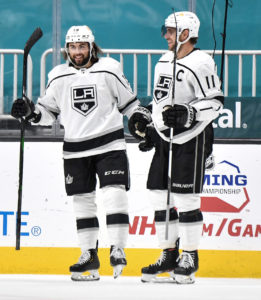 “He came in, pretty much as a question mark,” Kopitar said. “We signed him and he jumped on a line with me and Brownie and kind of never let go. He had some ups and downs the first couple of years, but he’s been very steady. His production has been going up and Todd shows a lot of trust in him, putting him on the power play and PK, he plays in every single situation. He’s a big part of this team.”

As he’s grown as a player, he’s also grown as a leader. Behind the Kings veteran group of now four players, following the Jeff Carter trade on Sunday, has developed a secondary core, with Iafallo joining teammates such as Adrian Kempe, Matt Roy and Sean Walker as players in between the veterans and the up-and-coming prospects. There, Iafallo has added another element to his game, and that’s working with those younger players as they too look to develop consistency themselves.

“I definitely love to help these young guys out, that goes a long way,” he said. “Teaching them little tips, just for preparation or whatever it is. With them asking questions, it’s good, and I feel like teaching them certain tips to be consistent will go a long way for them and help in their career.”

When working with younger players, Iafallo’s style isn’t the rah-rah, in your face vocal leadership. Sometimes that might make someone on the outside think that he isn’t a leader. Those people would be wrong.

What makes Iafallo’s style impactful is that, from the mouth of his head coach, he’s a straight-forward, no-nonsense type, and McLellan feels that goes a long way when working with younger guys.

“I think if I was a young player, I would ask him quite a lot of questions about his experience coming through and the ups and downs about what he went through, because he’ll be a real straight shooter, he’ll tell you the way it is and probably tell you what you need to hear,” McLellan said. “I think he can be used that way, he himself approaching people, but also others going to him.”

Regarding the last part of that quote, Iafallo has said there’s been a mix in that department.

As veterans depart the organization, as they have over the last 24 months, players like Iafallo, now with nearly four seasons of experience under his belt, are being counted on to fill that support role behind the usual suspects. Even from last year to this year, he’s certainly taken on more in that department.

“It’s kind of a mix this year – Some younger players, they have been good with asking questions, they’ve been battling, but at the same time, this is a different season and we’ve been playing every other day, or every day, you’ve got to try to push each other,” Iafallo said. “They’re pushing us and we’re pushing them, you have to stay on top of that and make sure we’re all ready to play.”

As the Kings continue to develop, as a younger team, players like Iafallo who bring that consistency will remain important down the stretch. When you know you what you’re getting from a certain individual each game, it’s one less worry for the coaching staff.

Iafallo’s consistency was rewarded yesterday with a four-year, $16 million contract extension, which makes him one of just two players tied to the organization through the 2024-25 season.

Speaking yesterday with Kings General Manager Rob Blake, he said that he was one-hundred percent committed to locking up Iafallo as a part of the team’s core moving forward. A four-year commitment represents that.

“We’ve been focused on building a group in here and Alex has been a part of that group,” Blake said. “He’s come in and played alongside Kopi on that line and he’s been very effective, very reliable, system-type player that is constantly a real good pro. We want to make sure we are taking care of the good hockey players that are going to be a fit going forward here with us.”

If the fit going forward is as good as the fit has been so far, then the Kings and Iafallo made a good move in rewarding consistency. 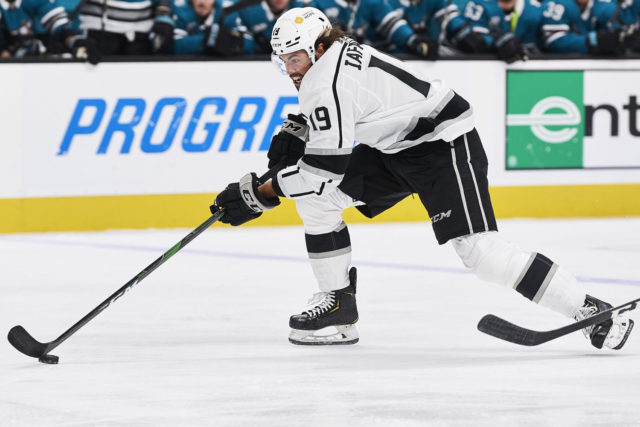 By Zach Dooley
422 Comments
Behind the Scenes