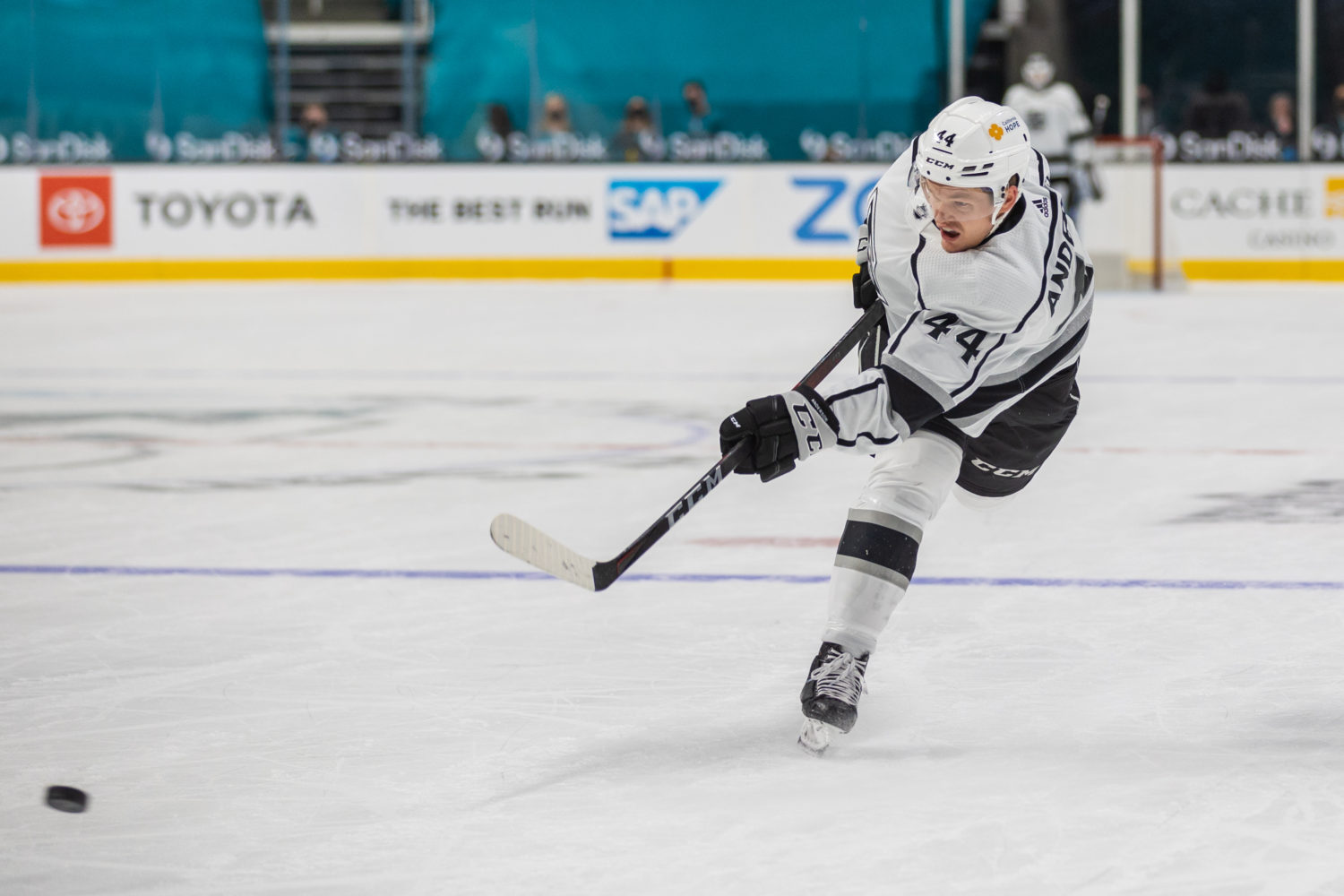 The Kings had a hefty stretch of games, and added an additional practice into that slate following the problematic trip to Colorado, and needed to make up that off day. As such, the team did not skate each of the last two days.

Back on the ice this morning, here’s how the group lined up –

Missing from today’s skate were defensemen Mikey Anderson and Olli Maatta. Maatta’s absence was not surprising, as the defenseman suffered an injury on March 21, and has not skated with the team since. Anderson’s absence was less expected. McLellan described Anderson’s situation as “just not feeling good, not COVID-related at all”. McLellan added that he will see where his young defenseman is at tomorrow.

Skating with the team was forward Martin Frk, in a non-contract red jersey. It was great to see him back on the ice, as he works his way back from a groin injury setback, suffered in Vegas in early-February.

The Kings are in the midst of what is shaping up to be their only remaining extended time off of the season from games. The Kings have four days in between Wednesday’s game in San Jose, and Monday’s game in Vegas. Remaining on the calendar? One stretch of two days off in between games, and no more than one day in between games from here on out, with a game versus St. Louis to still be made up.

What it shakes out to is 23 games in 41 days, with that one extra game to be added on at some point down the road. It’ll be an aggressive, hectic and frantic fight to the finish, and this small break in the action was important for the Kings as a group.

“It was important, we needed to rest a little bit and then we needed to have the type of practice that we had today,” McLellan said this afternoon. “Tomorrow won’t be as physical, it won’t be as demanding, it’ll be a little bit quicker, a lot of special teams work. The last time we had a good hour and 10 minute practice like today was…I don’t know when, I can’t even think of the day. The odds of having this type of skate again moving forward are quite rare. Between the four CBA required days off, and the schedule that we have, the travel, the fatigue factor, there won’t be many like this.”

McLellan and his staff used the time off from games to their advantage as well.

He said that they looked specifically at the last seven games – two in Colorado, one versus St. Louis, two versus Vegas and two in San Jose – to identify what types of chances the Kings were giving up, and the root of the cause of those chances.

He believes it’s about finding those causes first and foremost, and he tried to address them as such with today’s skate.

“We went seven games back, starting with the Colorado series, and we took a look at the type of chances we were giving up, who was involved in them, why they were happening,” McLellan said. “There’s causes and symptoms, and then there’s the execution in trying to prevent, or recover from the mistakes. We tried to address the symptoms, then address the execution of how we cover up on those. We haven’t been very good off the rush, in those seven games, so we had to address that, take a look at it video-wise and create a practice around it.”

McLellan mentioned defending off of the rush today, and it was something that he was disappointed in after Wednesday’s loss in San Jose. McLellan said that the Kings were as poor at defending off the rush in that game as they have been, and three of the four goals stemmed from odd-man rushes.

Looking at today, there are two different types of breakdowns off the rush, those as a team and those that are strictly down to individual execution. McLellan acknowledged both as areas for improvement, and it was a point of emphasis for the group today.

“The first thing we have to do is look at the cause…the symptom of the outnumbered rush, or the long attack by the opposition, and why are we in this situation more often than not lately,” McLellan said. “The second part is how do we defend it properly, where do we need to go, what do we need to do. We addressed both of them. Sometimes, it’s a team thing, there’s other times when it’s flat out on an individual for not playing it properly, and everyone pays the price. That’s the way it goes for anyone that plays team sports.”

The Kings are scheduled to skate tomorrow at TSPC at 11 AM, before traveling to Vegas immediately thereafter. The next media availability will be Monday, after morning skate at T-Mobile Arena. 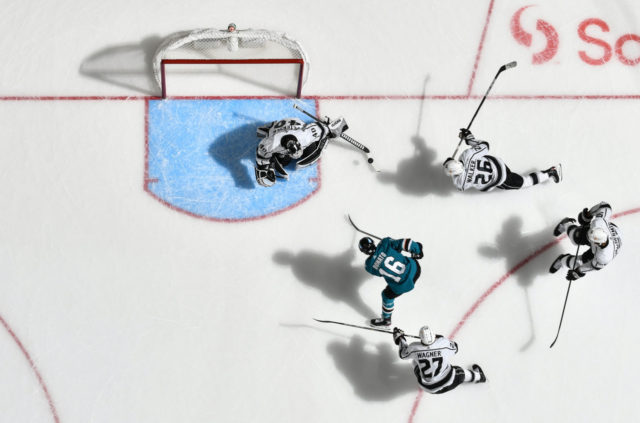 Rookie-Year Reflections
“I’ve got to try and play better. If I’m not playing good, I’m going to get shifted down in the lineup. I’ve got to play better.”

That was from the ever-hard on-himself Gabriel Vilardi after today’s practice.

Vilardi has certainly had his ups, as he started off the year with a strong offensive game, that seemed to grow and blossom as the Kings got their legs under them after an early-season losing streak.

The downs have come more recently, with an extended stretch without a goal, though Vilardi’s play over the last three games has been praised by McLellan, after he was moved to the wing, his first real stint on the wing since his draft year.

As the Kings have gotten into an extremely congested part of the schedule, it’s presented a new challenge for Vilardi and some of the other younger players, who have never experienced anything quite like this in their careers.

“It’s different, it’s really different,” Vilardi said of the schedule here. “Especially with this year, we’re playing every other day almost, it’s nice we had two days off here, it’s really, really nice. Just kind of let go of the game a little bit and relax. It’s hard, but at the end of the day, it’s what I want to be doing. I’m happy, because I get to do it.”

I think it’s fair to say that ups and downs will come during anyone’s rookie season. When you think of a player who hasn’t played a full season, at any level, in four years, I think it’s to be expected. Developing game-in, game-out consistency is one of the most difficult things for a younger player to work on and improve.

That doesn’t lower the burden that Vilardi carries though. He believes he has more to give and through the feedback he’s received from the staff here, he has first and foremost put the onus on improving his play defensively.

“I think it’s all-encompassing,” Vilardi said. “I think, ultimately, my d-zone needs to come first, that’s something the coaches have been focusing with me on…I think that’s the first thing. Obviously, I’d like to contribute points-wise, which I haven’t been doing as much as I would have like, but I think, ultimately, the d-zone comes first.”

It’s easy to forget sometimes that Vilardi has played less than 50 career NHL games, isn’t it? His impressive sample at the end of last season made him the front-runner to assume the role as the number two center for the Kings. It even made him a trendy pick for the Calder Trophy, considering his abilities and opportunity.

Vilardi has shown the skill and playmaking ability that make you believe he is the man for that role in the long-term. As he continues to develop consistency, and works on rounding out his overall game, the hope here is that it will shine through on a more regular basis. Stay the course….stay the course. 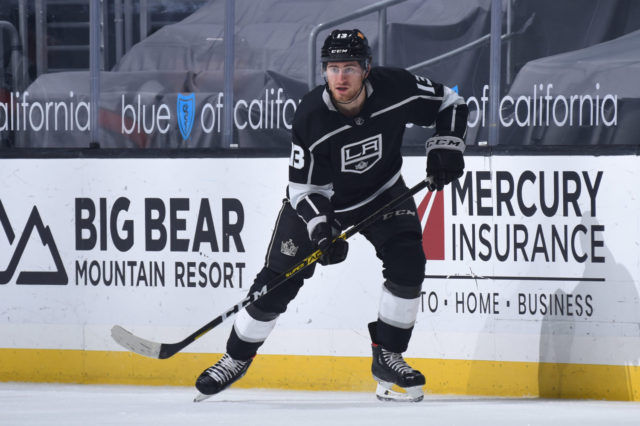 Defenseman Matt Roy also spoke with the media this afternoon, and we’ll have a more extended look into his new contract with the Kings here on LAKI tomorrow!