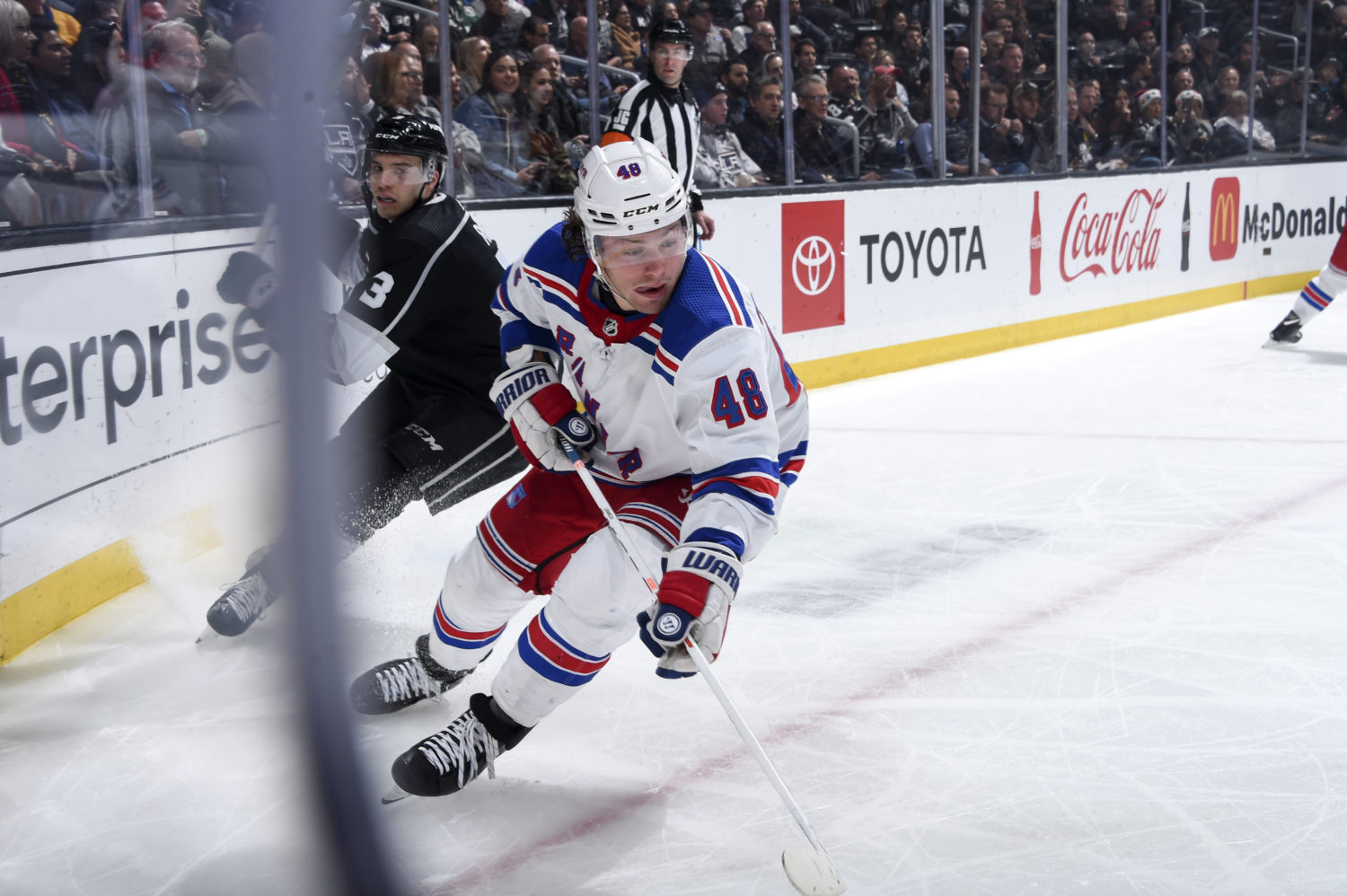 The LA Kings have acquired forward Brendan Lemieux from the New York Rangers, in exchange for a 2021 fourth-round draft pick.

Coming off of a career year at the NHL level, in which he set NHL career highs in games played, assists and points, Lemieux signed a two-year contract extension this offseason with the Rangers, which keeps him under contract, now with the Kings, through the end of next season, at a cap hit of $1,550,000. At the expiration of the contract, Lemieux will be a restricted free agent, with arbitration rights.

The Denver, CO native has spent the bulk of his time with the Rangers in the bottom six, playing mostly as a fourth-line winger. Lemieux was junior teammates with both Gabriel Vilardi and Andreas Athanasiou, and is the son of former NHL forward, and four-time Stanley Cup champion, Claude Lemieux.

Lemieux doesn’t have particularly effective puck possession figures, but he brings a sandpaper element to the lineup that perhaps the Kings were lacking up-front. Lemieux plays with an edge and has shown a willingness to go to the dirty areas on the ice, some of those old-school hockey terms that still have their place in the game, in the right context.

Kings General Manager Rob Blake told Lisa Dillman of The Athletic that Lemieux brings a “physical element on the forecheck” and an “in-your-face style of play.”

Blake also believed, per Dillman, that Lemieux is likely to have to quarantine for 7 days upon arrival to Los Angeles, but that was not confirmed per the article.

From the official Kings release –

LOS ANGELES (March 27, 2021) – The LA Kings have acquired forward Brendan Lemieux from the New York Rangers in exchange for the Kings fourth-round pick in the 2021 NHL Draft, according to Vice President and General Manager Rob Blake.

Selected 31st overall in the 2014 NHL Draft by the Buffalo Sabres, the Denver, Colo. native has also played in 117 AHL games since making his professional debut during the 2015-16 season. He registered 65 points (33-32=65) and 306 penalty minutes during that time.

More to come on the first trade of the season for LAK!