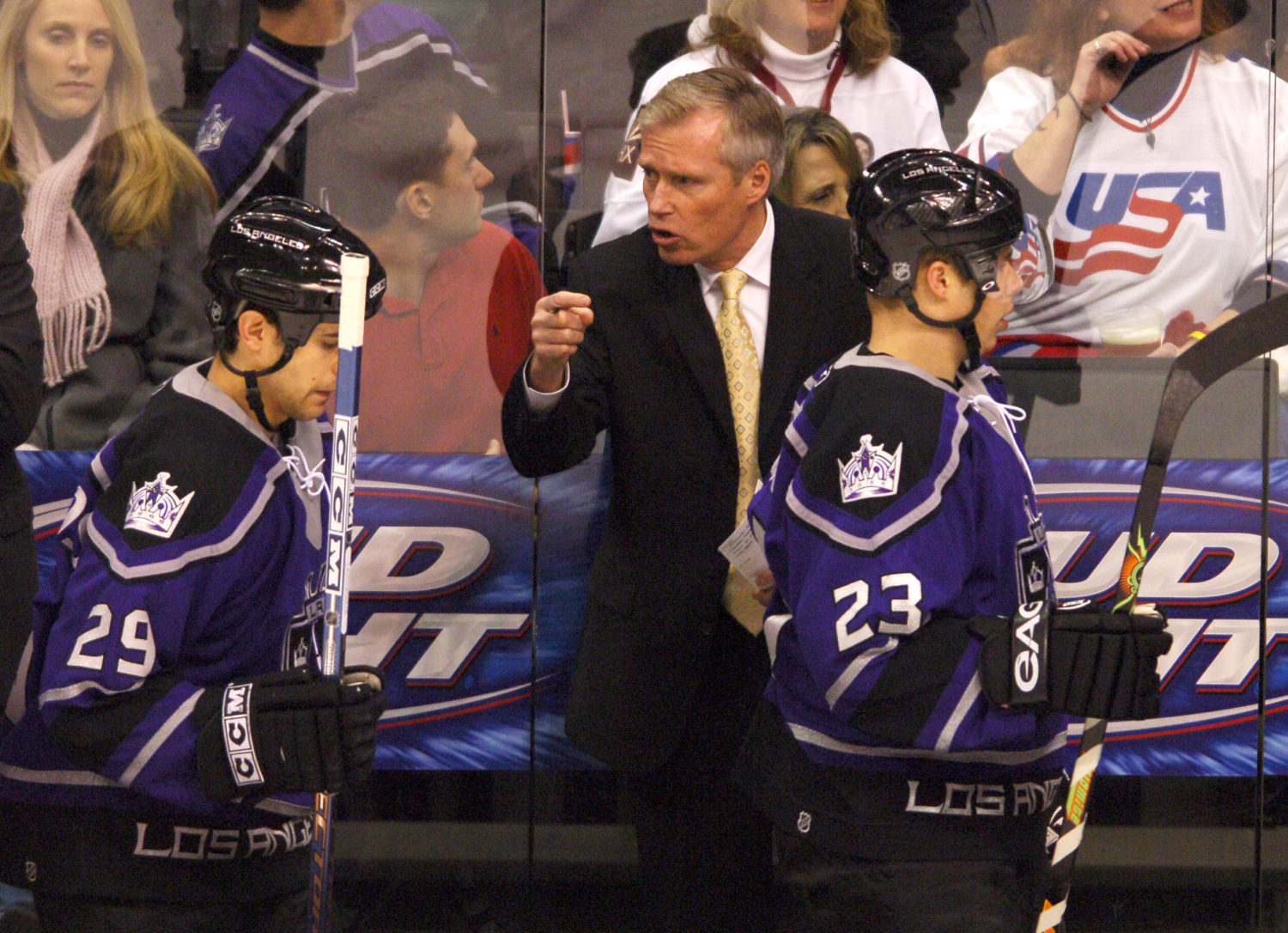 The Kings are off today, following the back-to-back, and will return to the ice tomorrow morning, in advance of the rematch versus San Jose.

What we do have, however, is an interview with longtime LA Kings Head Coach Andy Murray, who was behind the bench for the Kings from 1999 – 2006. Murray went on to coach the St. Louis Blues, and is now the Head Coach at Western Michigan.

Murray gives some stories from his time with the Kings, and talks about the teams he coaches in Los Angeles, including many of which who are still in the organization in various capacities, as well as how he got started with the Kings organization and his interests in growing the game in Southern California.