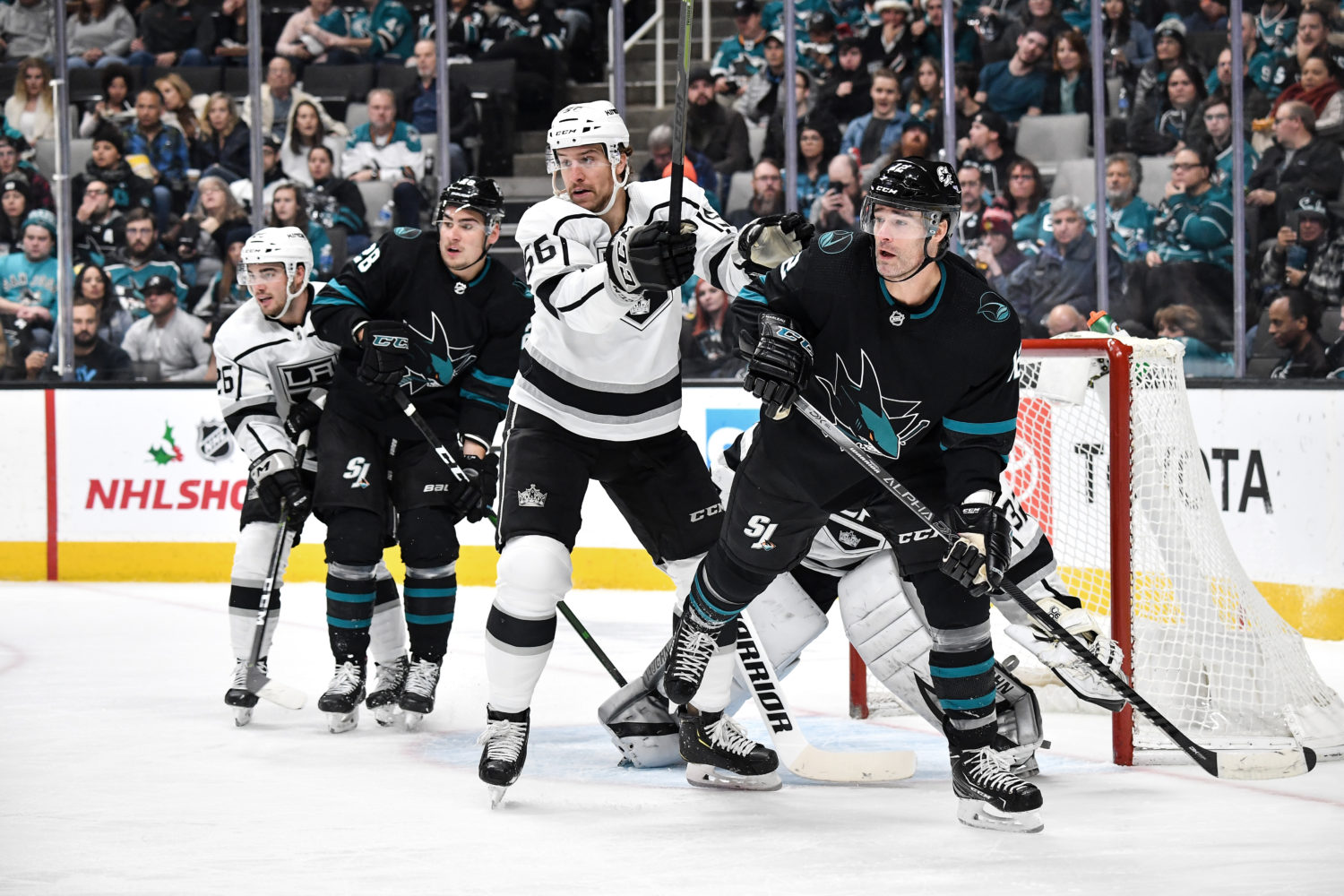 TONIGHT’S MATCHUP: The Kings are in San Jose for the second half of their back-to-back set, with their first away game versus the Sharks this season. Tonight’s game starts a two-game set, which concludes on Wednesday evening at SAP Center.

HEAD-TO-HEAD: The Kings are 1-0-1 this season versus San Jose, with one game going to overtime, making it five of the last nine that have gone past the scheduled 60 minutes. Forward Dustin Brown (2-2-4) and defenseman Drew Doughty (0-4-4) lead the Kings this season with four points apiece against the Sharks. Forward Alex Iafallo has three points (1-2-3) from the two games played, and now has 11 points (2-9-11) from his last nine games against San Jose. For the Sharks, forward Logan Couture leads all skaters with three points (1-2-3), while forward Tomas Hertl has two goals from the two games played.

KINGS VITALS: Considering the back-to-back, the Kings did not hold a morning skate today in San Jose.

With Cal Petersen going yesterday, and facing a hefty workload between the pipes, the expectation is that Jonathan Quick will start tonight against the Sharks. Quick has not faced San Jose so far this season, and is 17-12-7 versus the Sharks in his NHL career, to accompany a .908 save percentage and a 2.58 goals against average.

In terms of lineup decisions, defenseman Olli Maatta left yesterday’s game versus Vegas early in the first period, leaving the Kings with five defensemen for the majority of the game. Following the game, Todd McLellan did not have a firm update on Maatta.

“I believe that’s when he was banged up [on the referenced hit along the boards],” McLellan said after yesterday’s game. “I don’t know how he’s feeling now, obviously if it was that early in the game and he hasn’t come back, he’s not feeling real good. We’ll see where we are tomorrow with him.”

The Kings updated us today that Maatta will not play tonight, and did not make the trip with the team, likely meaning he also won’t play on Wednesday.

McLellan was happy with how the rest of the group stepped up when short a player. Matt Roy played an NHL career-high 26:00 last night, while Drew Doughty cracked the 30-minute mark for the fourth time this season, and Sean Walker played more than 20 minutes for the first time this season. Walker also featured a lot on the left, playing a lot of minutes with Roy on his off-side.

“All five defensemen were put in a tough spot, to play against a bigger, heavier team, a very skilled team like that from basically 18 minutes left in the first period on,” McLellan said. “It’s taxing, but they played very solid, they made a lot of simple plays, we were much better around our net for secondary chances.”

With Maatta out, defenseman Tobias Bjornfot is an option to check back into the lineup, after he was a scratch yesterday. The Kings went with seven defensemen on Friday, including Bjornfot, and as it stands right now, he would be the most likely replacement. Additionally, the Kings recalled defenseman Austin Strand from the Ontario Reign, who was added directly to the active roster, making him eligible to play tonight as well.

SHARKS VITALS: After Devin Dubnyk got the start on Saturday versus St. Louis, Martin Jones, with his solid splits versus his former team, is expected to get the start tonight, per Curtis Pashelka of Mercury News. In his NHL career, Jones has 14-5-3 career record versus the Kings, along with a .921 save percentage and a 2.31 goals-against average.

Pashelka also reported that Rudolf Balcers is expected to enter the lineup in place of Antti Suomela, and that he will skate on the third line tonight. Other expected moves include Ryan Donato moving to center, between Kurtis Gabriel and John Leonard, which would indicate that we will see additional changes from how the Sharks played up front versus the Blues.

Here is a projected lineup for the Sharks this evening –

A Time To Penalty Kill

Perhaps one of the biggest moments from Sunday’s win over the Golden Knights was a successful 5-on-3 penalty kill for the Kings, and an extended one at that, with 91 seconds down two men.

With Doughty in the box, on a call you can certainly question for delay of game, that left the Kings without its usual top right-shot defensemen on the PK. In stepped Roy, who logged the entire 1:31 of two-man down time, and all but five seconds of Doughty’s minor, as the Kings escaped without conceding a goal.

Anze Kopitar, always a fixture on the penalty kill, was also on the ice for a bulk of the 5-on-3 kill, and after the game, he discussed what the strategy is when two men short, as the Kings tried to keep Vegas at bay.

“First and foremost, try to win a faceoff, that didn’t happen tonight, and then just try to get in as many shooting lanes as possible,” he said. “Try to track the puck, not get tied up, try to keep the triangle as tight as you possibly can. I thought we did a really good job, not giving one up.”

Overall, it’s been a minute since the Kings have conceded a power-play goal. The team’s PK unit has gone through spurts this season, and is currently riding the wave of a good one, all the way up into the NHL’s Top-5 in PK percentage. A staple of Kings hockey of the past.

With four successful kills yesterday, the Kings have now gone seven consecutive games without allowing a power-play goal, dating back to March 8, which followed a stretch of three straight games allowing a PPG, four in total in that span.

Against the league’s best players, you’re going to give one up from time to time, but winning the special teams battle this season has been a key to success for the Kings, with the PK being the underrated element in that equation.

Forward Jaret Anderson-Dolan spoke with media the other day, in between games against Vegas. The impressive rookie forward has taken his place in the Kings lineup, as the trio with Trevor Moore and Carl Grundstrom has moved up to the team’s second line, as of yesterday, with their tenacity and aggressive play in the offensive zone a big reason as to why.

Hear from Anderson-Dolan on his line taking on more minutes and more responsibilities, things he did away from the ice to prepare to return, while he was injured, and maintaining his energy after the adrenaline of the first couple of games back returns.

It’s Reigning Comebacks
On an AHL note, the Ontario Reign trailed 4-1 with just over three minutes remaining in Bakersfield yesterday afternoon, when Akil Thomas struck. Thomas picked up a natural hat trick in a span of just 2:43, as the Reign overturned a three-goal deficit late, and eventually won 5-4 in the shootout.

Thomas’ hat trick was the first of his professional career, as he skated on a line with Quinton Byfield and Devante Smith-Pelly, believed to the first all-black line in professional hockey since the Black Aces in 1941.

More to come on Thomas’ achievements later on this week.

Game Thread is up next in San Jose!

By Zach Dooley
562 Comments
Behind the Scenes