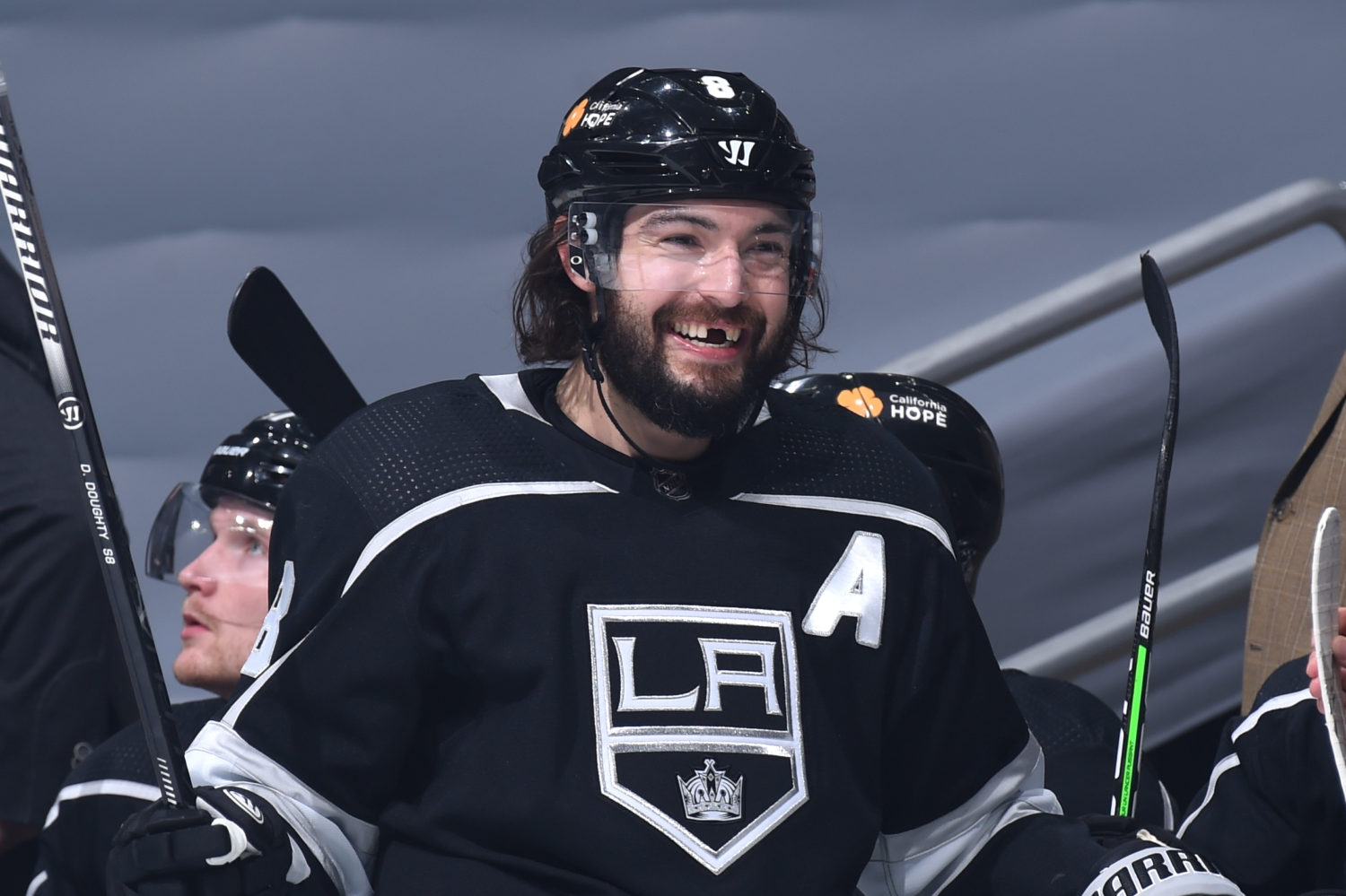 On the non-game day of a 3-in-4, the LA Kings took the ice this morning at Toyota Sports Performance Center for a practice, in advance of tomorrow’s matinee versus Vegas and Monday evening’s game against San Jose.

The way the Kings played last night, compared to what Game 1 in Vegas looked like back in early-February, was a substantial improvement. The Golden Knights used their speed to create odd-man opportunities on that day six weeks ago, and that was not the story of last night’s game, which was played more in zones, than as a track meet.

What sunk the Kings were individual moments, rather than an overarching theme. On three of the four goals allowed, the Kings had control of the puck in the defensive zone, but were unable to get a clear. The fourth was a result of faceoff-coverage that Head Coach Todd McLellan called “unacceptable” after the game yesterday.

After yesterday’s 4-2 Vegas victory, McLellan said that there are things the Kings needed to work on this morning, to get ready to put a better overall performance together on Sunday in the rematch against the Golden Knights.

Hence, we have today’s practice!

On the ice with the Kings was forward Michael Amadio, who cleared waivers this morning and was assigned to the taxi squad. With Amadio now having cleared, the Kings are free to assign him between the active roster, taxi squad and Ontario Reign roster over the next 30 days without him needing to clear waivers.

As pointed out yesterday, being waived does not mean an automatic assignment to the AHL. It just gives the Kings additional flexibility with their roster moving forward.

Forward Lias Andersson was not on the ice, as he was reassigned from the taxi squad to the Ontario Reign. Andersson hasn’t played a game since he was recalled from Ontario, to the taxi squad, on March 10 and the Reign play this afternoon and tomorrow afternoon against the Bakersfield Condors. Easy game action for a younger player in need of playing games. Same goes for goaltender Matthew Villalta, who was reassigned to the Reign yesterday afternoon, with Jonathan Quick now back at full go.

With those moves in mind, here’s how the Kings lined up this morning in El Segundo – 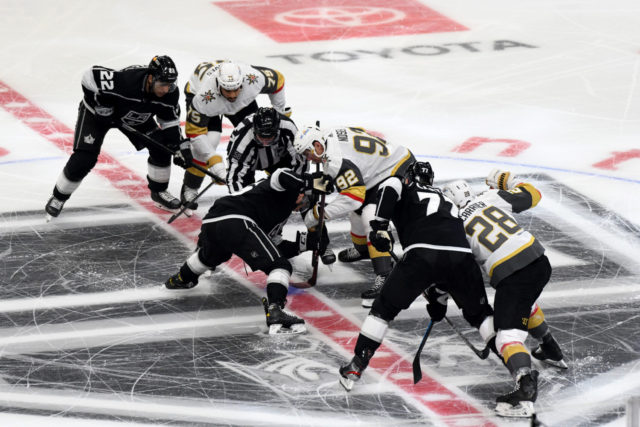 How They Line Up
Last night, the Kings rolled out an 11F / 7D alignment, strictly a coaches decision. The “fourth” line of forwards, to begin the game, was Jeff Carter and Blake Lizotte, who mixed and matched with several left wings throughout the game. The seven defensemen look saw Olli Maatta, Tobias Bjornfot and Kurtis MacDermid each around the 10-12 minute mark, while the other four played more minutes. With the Kings trailing in the third period, Sean Walker saw a bump in role, as he tends to do in those situations.

The reasoning for the look was to keep MacDermid in the rotation, and not have him go another extended period without playing, as well as give some additional opportunities to forwards upfront to log a couple of extra minutes.

“The odd-man out the last little bit has been MacDermid, and when he’s been in he’s actually played quite well, so we didn’t want to lose him, we wanted to keep him up and running,” McLellan said today. “It gave some of our other players opportunities for more minutes up front, and it may be something we do more of as we go forward.”

The 11 forwards eventually switched up a bit as well, with Carter moving up in the lineup and Adrian Kempe moving to center, on a new-look line with Andreas Athanasiou on the left. As a result, forward Gabriel Vilardi moved to the wing with Lizotte, on a line that got just three shifts at even strength in the third period.

McLellan pointed out several of the things that Carter brings to the group as a whole, on the ice, but also in things we don’t see off the ice, that make him a valuable player to have as a part of the group.

“His ability to make others feel comfortable, forget about his play, is invaluable,” McLellan said of Carter. “He sells the message very well, from us through the team, he’s got the respect of the younger players as well as the older players. On the ice, I thought he used his speed more than he has in the past, he looked a little fresher. He’s getting chances. His hands and his shot, just polish that up a little bit more, but he still has the ability to be very effective, and he will continue to be as the year goes on.”

Today’s practice alignment doesn’t necessarily give us an insight into what we’ll see tomorrow. The Grundstrom – Anderson-Dolan – Moore trio was in gray jerseys today, which you can take as a “bump” to the team’s second line if you will. The six players in white leave open a lot of different options as to how the lineup could shake out, especially considering the fact that it could be 11 or 12 forwards dressed tomorrow afternoon.

With regards to potentially sitting out a younger player, without specifically referring to one player versus another, McLellan gave a long and detailed answer, discussing how the level of “rope” for each player is different, and at some point that rope does run out.

“There’s different lengths of rope for everybody,” he explained. “It’s part of being an entry-level player, and understanding game management situations. We can talk about it, we can teach it, and we can throw them back out again and again, but at some point, there has to be some responsibility for it. The older players, Kopi is going to get a lot more rope than Gabe is or Kempe is or really anybody on our team is, that’s just the way it works. He’s earned the right to get that, it doesn’t mean I’m not hard on him, it doesn’t mean I don’t hold him accountable amongst the group, he just gets more rope because he’s earned the right to have that rope. There’s a wide range of rope on the team. Not everybody is treated equal, that’s just the way it is, but everybody is treated fair. That’s the way it has to be.”

This Is How We Drew It
Lastly, enjoy a very engaging interview with Drew Doughty. The veteran defenseman discusses the pride he takes in his defensive zone play, the playoff expectations he has at this stage in the season, and the way he’s handled the emotional aspect of the game, over the last few seasons into this one.

One of the best we’ve had this season.