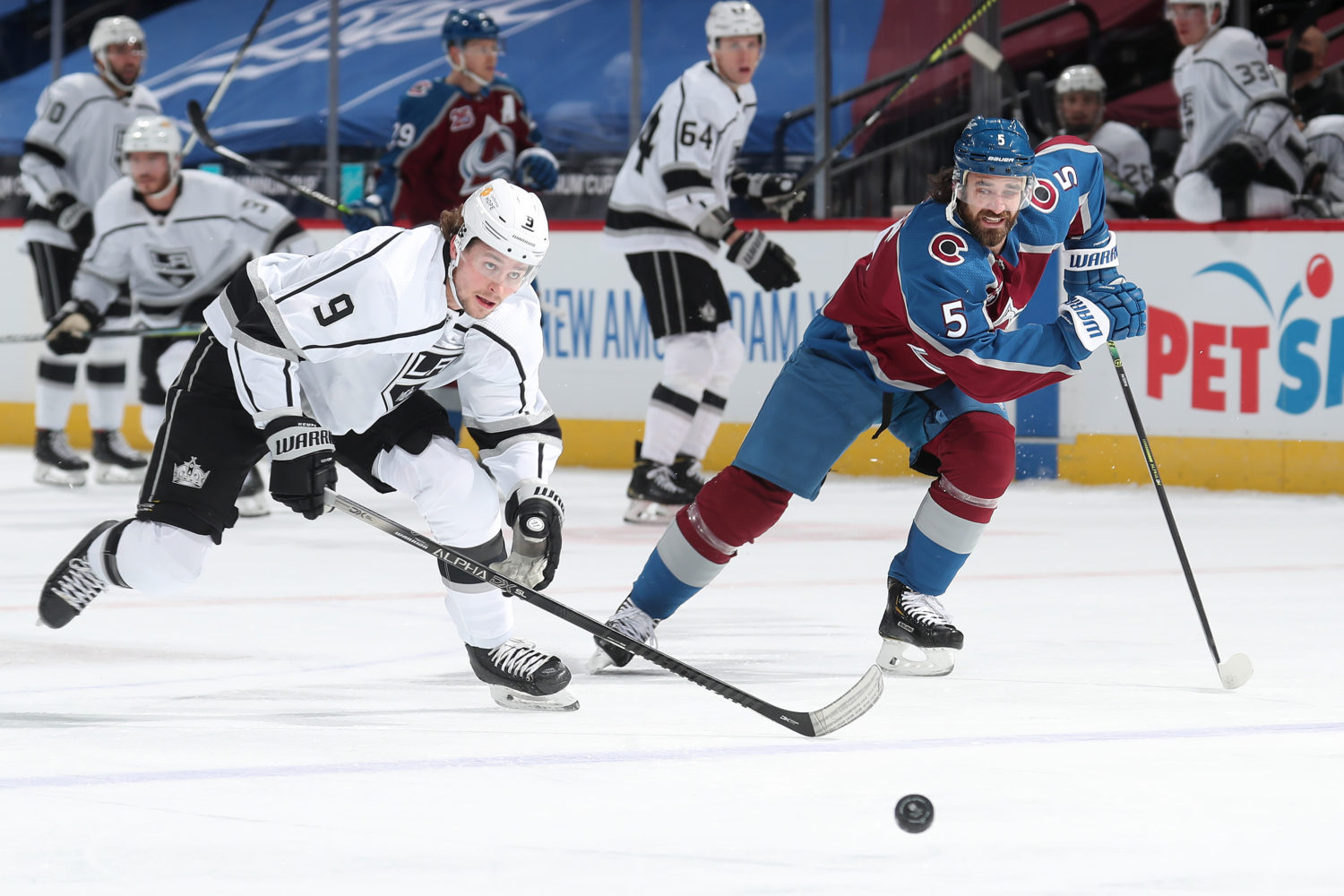 TONIGHT’S MATCHUP: The Kings and Avalanche will meet again this afternoon in Game 2 of 2 this weekend in Colorado. The Avalanche skated to a 2-0 victory in Game 1 on Friday, behind 46 shots on goal.

HEAD-TO-HEAD: As the Kings were shutout on Friday, forward Anze Kopitar still leads all Kings skaters with four points (0-4-4) in head-to-head play this season, as he did heading into the game. Kopitar has 51 points (17-34-51) from 50 career games played versus the Avalanche. Forward Mikko Rantanen collected a goal and an assist on Friday for Colorado, and now has five points (3-2-5) from three games played head-to-head. Forward Nathan MacKinnon scored the empty-net goal, and is now tied for Rantanen for the series lead with five points (2-3-5).

KINGS VITALS: With no morning skate today, we won’t have firm idea of today’s lineup for the Kings until closer to puck drop. The Kings cancelled their practice yesterday due to precautionary measures, as Todd McLellan said that an illness that took Alex Iafallo out of the lineup on Friday had potentially spread to a few other players as well. More on that here.

With that in mind, we will have to wait until later this afternoon to get a look at how the Kings might line up.

Goaltender Cal Petersen was the team’s best player on Friday, as he made an NHL career-high 44 saves on 45 shots, and assuming he is healthy, expect to see him back in net this evening.

Petersen is 0-3-0 against the Avalanche in his NHL career, and has lost both of his two starts versus Colorado so far this season. In his career, Petersen has a .900 save percentage and a 3.73 goals-against average, but sees those numbers improve to .942 and 2.04 in two games played this season.

Considering the circumstances, we make no assumptions for tonight, however here’s a look at how the Kings lined up on Friday, and the other players on the trip who are available if needed.

With the absence of Iafallo and Maatta, Lias Andersson and Daniel Brickley were activated from the taxi squad and both players took yesterday’s pre-game warmups. Both players, along with goaltender Troy Grosenick, were assigned back to the taxi squad yesterday.

Expect to see at least one transaction made before today’s game.

AVALANCHE VITALS: Goaltender Philipp Grubauer collected his fourth shutout of the season on Friday, as he tied Marc-Andre Fleury for the league lead in shutouts this season. Grubauer’s victory was his 14th of the season, tied for second in the league, and ranks inside the NHL’s Top 10 in both goals-against average and save percentage this season.

In his NHL career, Grubauer has posted a 4-2-0 record from seven games played versus the Kings, with a .951 save percentage and a 1.35 goals-against average

Considering the afternoon game, the Avalanche did not skate today. Here’s how Colorado lined up on Friday –

The Avalanche held an 80-35 advantage in shot attempts on Friday and are, by far, the NHL’s leading team in that category this season. The Avalanche have attempted 342 more shots than their opponents, which is nearly 100 better than the second-placed Montreal Canadiens.

Controlling 58.1 percent of shot attempts, the Avalanche currently hold a mark that would rank as the best in NHL history, surpassing the 2013-14 LA Kings. Obviously much time to go, lots of games to be played, and you always expect regression towards the mean. But still……that’s impressive.

McLellan believed that Colorado’s game on Friday was the best a team has played against them so far this season. Both he and Anze Kopitar said they expect to see a better performance in response from the Kings this afternoon. Time will tell how the Kings are able to battle against the puck-possession style the Avalanche bring.

Yesterday’s game required a shake-up amongst the forwards due to the absence of Alex Iafallo, as opposed to anything performance related. The moves made included a bump to the top line for Adrian Kempe, in Iafallo’s place, while Carl Grundstrom moved back up to the third line and Matt Luff re-entered the lineup.

“It’s different,” Anze Kopitar said. “I’ve played with Juice before, but I’ve played a lot more with Alex. It’s a slight adjustment, but nothing to really get too freaked out about.”

Not only did the line adjustments happen with regards to how the team started the game, but McLellan also shuffled the Top 6 up in the third period, as Kopitar moved in between Andreas Athanasiou and Jeff Carter, while Gabe Vilardi played with Kempe and Dustin Brown.

At that stage in the game, with the Kings in search of any type of spark, and Kopitar acknowledged it as such.

McLellan was non-commital in terms of what today’s lineup might look like, though that has as much to do with the status of those players affected by the illness than anything.

Kopitar spoke about his increased power-play production, playing with different linemates yesterday and expecting a stronger result this afternoon against Colorado.

Kings and Avalanche, coming up this afternoon!