Kopitar continues to shine in impressive season for Kings 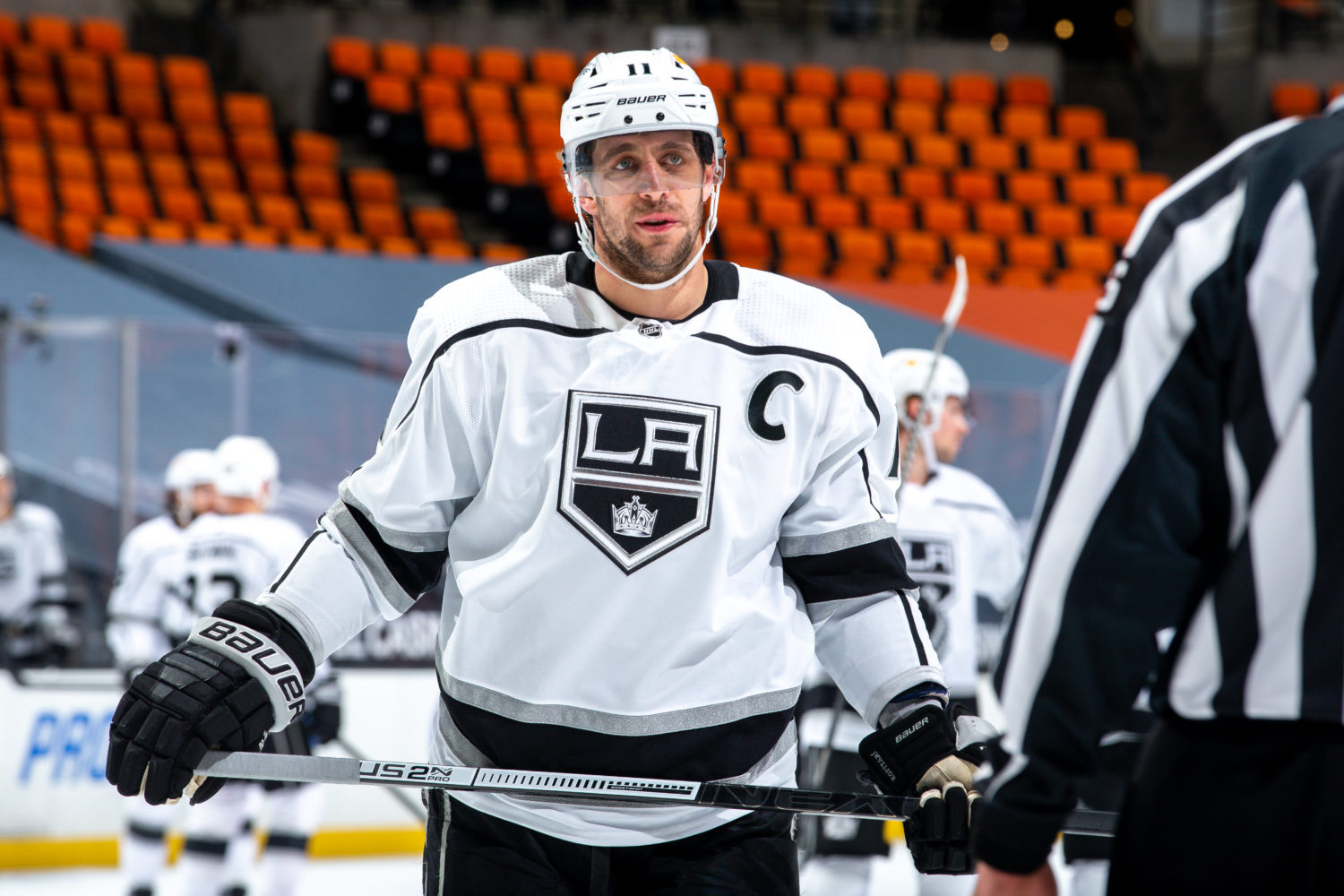 It wouldn’t be doing Anze Kopitar justice to describe him as dipping into “the fountain of youth” this season. Clichés are prevalent in hockey, so perhaps we’ll go with a different one. The Kings captain is like a fine wine, he’s getting better with age.

Why the fountain of youth doesn’t particularly apply to Kopitar has as much to do with his past seasons as it does with this one. Kopitar isn’t “resurgent”. He has brought the same level of consistency that he always has, but the points have come at a higher rate.

“Maybe the points are stacking up, but I’ve been around him now for maybe a year and a half and I don’t see a huge difference in his game,” Kings Head Coach Todd McLellan said. “It’s almost like he clones one game after another. Maybe he’s getting a few more scoring chances, maybe he’s being able to bury them or set a few more people up, because of the type of group around us, but he’s about as consistent a player as I’ve been around in my 20-25 years in pro hockey. Credit to him and everybody else seems to follow.”

The two-time Stanley Cup winner, two-time Selke Trophy winner and Lady Byng Memorial Trophy winner has racked up plenty of accomplishments on a league-wide basis, and internally, Kopitar is on pace to set a number of personal bests. Unfortunately, the shortened 56-game season will restrict Kopitar from setting highs from a straight numbers standpoint, but the two-way center’s offensive output deserves recognition and appreciation.

Through 26 games, The Slovenian’s seven goals and 24 assists thus far would average out to a 98-point (22-76-98) season across 82 games, which would result in career highs in assists and points. At 1.19 points-per-game so far this season, a higher rate than any single season in his NHL career, Kopitar is turning in quite the campaign offensively.

Look no further than #11 as to why the Kings power play has vastly improved. In the two previous seasons, Kopitar averaged 20 power plays points per season, which ranked 44th in the NHL. This year, Kopitar ranks second in the NHL in power-play points with 19 (3-16-19), trailing only Connor McDavid of the Edmonton Oilers.

“We’ve got a power play that is confident right now and we have been able to get on the board,” Kopitar said. “Sometimes we get caught in different spots, but everyone on the ice is comfortable and knows what the job at hand is. We are able to throw different looks at our opponents each night and it’s helped us be successful so far.”

But for Kopitar, it’s more than just being comfortable with the man advantage. Historically, he has found value in the consistency among personnel; and the same goes for his power-play unit.

“I think being familiar with each other has played a factor into our success,” he said. “We’ve had our unit for the better part of last year and this year,” Kopitar said. “We don’t necessarily have set spots and we’re reading and reacting, while trying to be as aggressive as we can be. It’s working.”

The offense might be up, but McLellan continues to look beyond just the Slovenian’s statistical production when it comes to pinpointing Kopitar’s phenomenal season.

“[Kopitar] is without a doubt one of the most consistent players when it comes to play, but also his practice habits and preparation, and maybe more importantly his mood [lead to his success],” McLellan said of his captain. “He gets up and down a little bit, with wins and losses, or how he plays, but he’s got a really good self-evaluation tool, that he uses for himself, but he also has the ability to keep the team up, and his mood rarely dips to a level where he takes others with him. That’s really impressive for an individual who is the team’s alpha.”

At times throughout the season, like he has done time-and-time again throughout his career, Kopitar has put the team on his back and led an entire 20-man roster to victory. Following the Kings four-goal comeback win against the St. Louis Blues on March 6th, McLellan spoke on the captain’s value after a two-goal, three-point night.

“I do think [Kopitar] willed our team back to victory,” McLellan said. “No one man does it by himself, but when your top player or players decide that they have to reel the game back in and do it the right way, it’s really easy to follow. It doesn’t always produce results, but you don’t have a choice to go off on your own program when the alpha decides to play the right way, that’s tremendous leadership [on Kopitar’s part].”

That same game, Matt Luff, who tied the score off of a pass from Kopitar spoke on the captain’s legacy and value to the team.

“To me, Anze Kopitar is a Hall of Famer,” Luff said. “For everything that is done for the Kings, it’s a no brainer. He’s one of the best players in the NHL behind just a few guys. If you look up and down the league, I don’t think anyone wouldn’t want him as their number one center. He does so much on and off the ice for the team and you can always turn to him. He’s one of the guys that’s been helping me through this past year and making sure I’m staying confident. He’s done so much for the younger guys in our organization.”

As for that game-tying goal that Luff buried, to Luff, it’s less about the goal and more about who it came from. The icon that Kopitar is becoming evident. “It’s pretty cool to say that Anze Kopitar assisted on one of my goals when it’s all said and done,” he added.

The overall uptick in offensive statistics this season is not the captain necessarily doing anything new. It’s a culmination of a hard-working player who is being rewarded for being a consistent contributor year after year.

“With my experience here, he’s been pretty consistent all along,” McLellan said. “I think he’s getting a few more results, when it comes to individual stats and certainly with the wins. All those signs would indicate that he has taken it up, but I think during my time he’s been pretty consistent. He does the things he needs to do, just finding the reward a little bit more this year.”

On and off the ice, Kopitar has been at the forefront of the Kings success this season. With nine multi-point games and 31 points this season, Kopitar ranks atop the Honda West Division in both assists and points. League-wide, Kopitar is fifth in assists and tied for eighth in points.

When asked about his success, Kopitar humbly responded, “I just keep working on my game. I study it, and most importantly, I’m having fun.”

If that’s all it is, then here’s to hoping it continues. 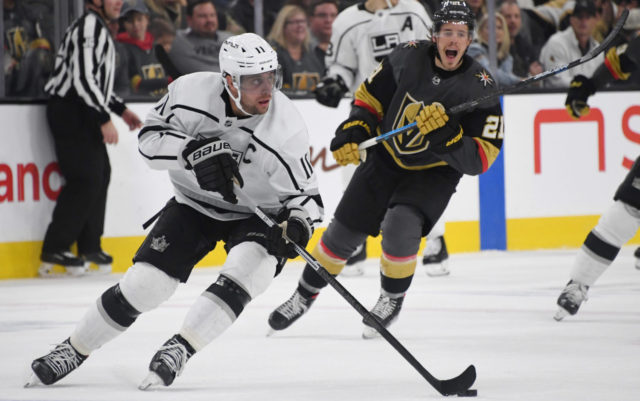