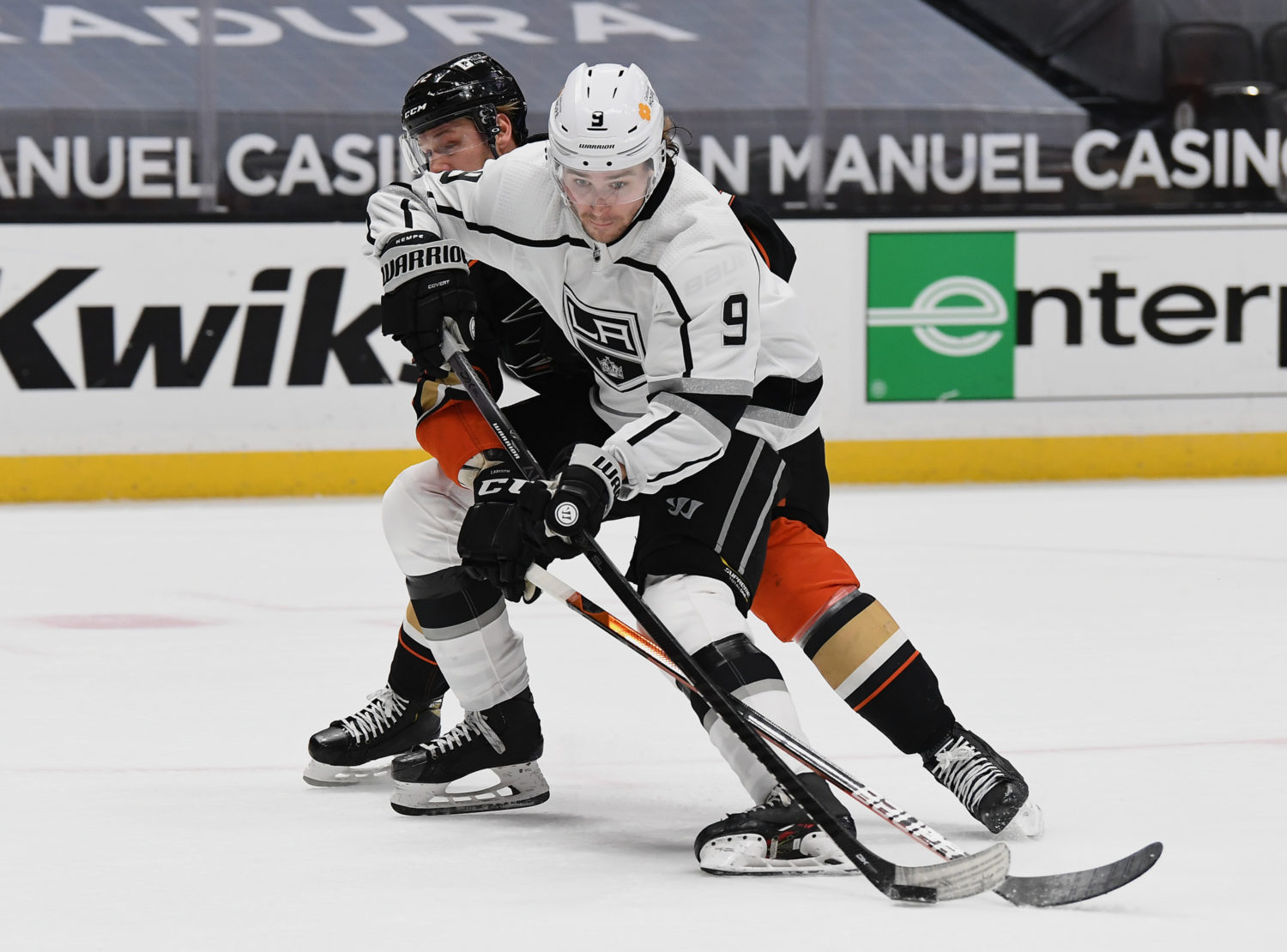 For the second straight series, the Kings earned three of a possible four points. That’s a playoff pace.

When you look at all of the things the Kings felt they did not do well on Monday – slow start, turnovers leading to goals, shorthanded goal against – they bounced back on all of the above, and more, on Wednesday.

The Kings scored the game’s first goal, for the first time in seven games, and led after the first period for just the sixth time this season. It wasn’t a flawless game, but it was a much cleaner game on the turnover front, as the Kings limited the self-inflicted chances against. They also won the special teams battle, with two power-play goals, while not conceding one of those backbreaking, shorties the other way.

One particular line from a Todd McLellan quote stuck with me from last night. It was in the middle of a quote answering whether or not a group tends to play a bit tighter defensively, when in front of a goaltender for the first time.

“It wasn’t mistake free, but that’s an impossible game.”

It’s important to keep that in mind. There’s never going to be a perfect game. Yesterday’s win was damn good, but it wasn’t perfect. Monday’s overtime loss was full of flaws, it certainly wasn’t perfect, but it was a point nonetheless. Against an Anaheim team that the Kings will likely need to rack up points against to remain in the hunt, and encouraging sign for me is that, when the team feels it played poorly as a group, they still got a point.

Monday’s game fell more in line with how the Kings have fared, analytically, so far this season. The Kings were on top in terms of overall shot attempts at even strength, but behind in scoring. Wednesday flipped the script. As Anaheim played from behind, and the Kings had a lead, they were actually on the wrong side of the Corsi, but held a large advantage in terms of both scoring chances and high-danger chances. The areas they scored their three 5-on-5 goals from reflected that, all coming in and around the blue paint.

We’ll have a deeper dive into the Kings success on special teams later on this afternoon, but it’d be hard to not mention this series without factoring in the important role that it played. The Kings tallied twice on the power play in both games and are currently firing in the upper echelon of the NHL on the man advantage, both as a team and through individuals.

Those individuals are Anze Kopitar, who ranks one point behind Connor McDavid for the NHL lead in power play points. It’s Drew Doughty, who trails only Victor Hedman in power-play points amongst defensemen. It’s Dustin Brown, who is tied for third in the league in power-play goals. And, this week, it was Adrian Kempe, who scored twice and has already eclipsed his NHL career high for power-play points, in 44 fewer games.

It hasn’t just been the usual suspects though, who contributed to the team’s success against Anaheim – I mean, is there a less usual suspect than Troy Grosenick? 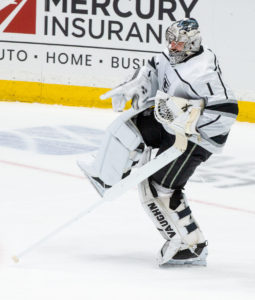 With Cal Petersen added to the COVID-19 list, just three days after Jonathan Quick was ruled out, day-to-day, with an upper-body injury, Grosenick was thrust into the spotlight. Starting his first NHL game since 2014, Grosenick turned aside 33 of the 34 shots sent his way, as he earned his first victory in more than 2,000 days.

“He made a save pretty early in the game, they made a pass out from behind the net, he made a save there, and after that he just settled in,” McLellan said of Grosenick. “It was good to see and certainly not easy circumstances. For as little as he’s played this season, with all his travels and quarantine, good for him.”

Grosenick wasn’t even 100% sure that he was going to be starting last night until he got to the rink in the afternoon. Such is the nature of a backup, or taxi squad, goaltender this season. Things can change on a dime, and when they do, you need to be ready. Grosenick had been claimed on waivers as many times this season as the number of games he’d played before yesterday – two. Could you have blamed the guy for being rusty?

Not at all, but he wasn’t. Grosenick was sharp when he needed to be, settled in well after a solid, early save, and delivered what the Kings needed, in an important game for the group to win another series. He credited an ability to use his time as best he can with staying in as close to a game-mode as possible, as he awaited his opportunity.

“A lot of visualization, battle in practice, treat it as much like a game as you can and try to get better every day,” Grosenick said after the win. “Obviously games are important, and I think it was important that I played a couple of games with the Reign, to get that feel back. There are things that are a little different, with traffic, and it’s a little bit more intense with guys going to the net. I just worked hard every day and tried to stay prepared for anything. At the end of the day, that’s all you can do when the games are limited.”

It’s hard to look beyond the day at hand here. On Sunday, we thought we’d continue to see the impressive tandem of Quick and Petersen continue to push each other for starts. Yesterday, neither were available, their timeline currently unclear, and the next man in line stepped up.

Whether it’s been Mikey Anderson stepping up into a top-pairing role, Kempe or Andreas Athanasiou stepping up with secondary scoring, or even a guy like Trevor Moore, who was excellent against Anaheim, filling a depth role and an important part of the penalty kill. It’s been a variety of different names, and those types of players have supported the veteran core, providing depth beyond just the Kopitar line.

The upcoming slate of six games will be a true test for the Kings, with two games apiece against Colorado, St. Louis and Vegas. Monday’s game against St. Louis will be the official halfway mark of the season, and regardless of how the next three games shake out, the Kings will be a .500 team or better.

As the competition increases, and the stakes increase along with it, we’ll need to see more of Wednesday’s Kings than Monday’s Kings. If how the team has responded so far is an indication, I think that feels more probable than not. 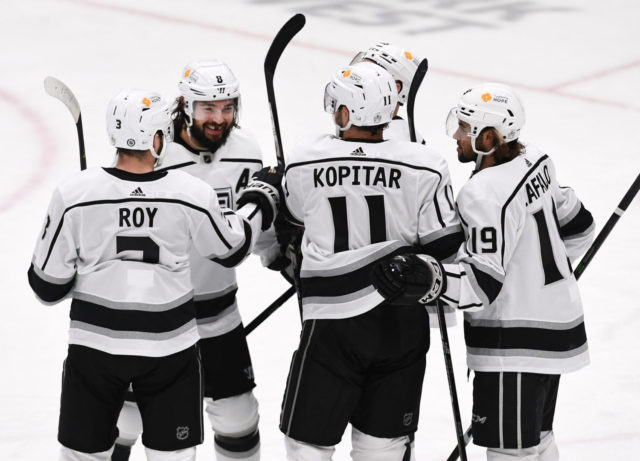