The Kings know they need better starts, and are working on the solution 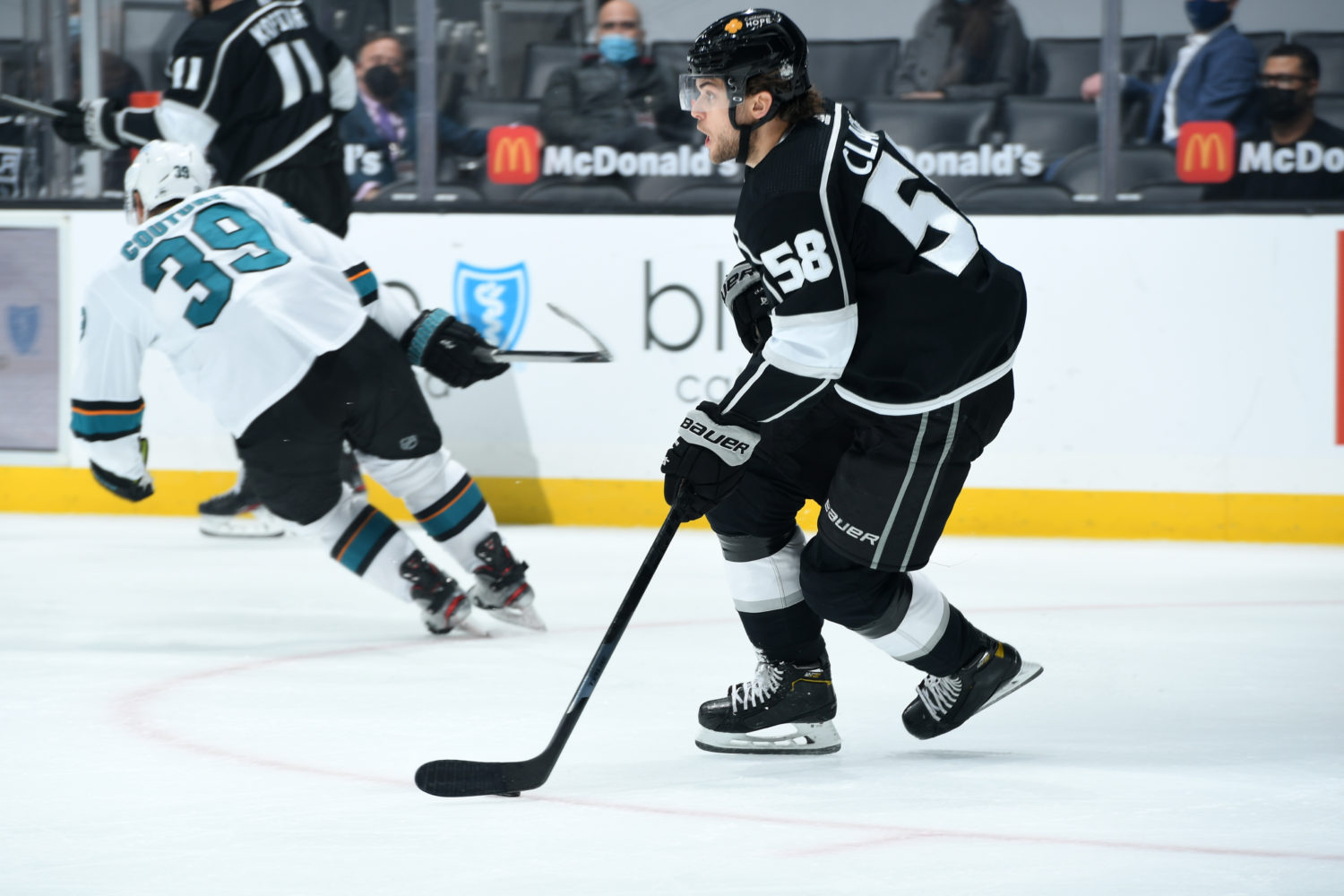 Earlier this season, the glaring issue facing the LA Kings that needed correction was taking too many penalties.

That problem has gotten under control. The penalties overshadowed another issue that has plagued the Kings in the first 12 games of the regular season, and that has been the way the team has started games.

No team has a worse goal differential (-13) in the first period of games this season, and the Kings have conceded the game’s first goal in 10 of their 12 games played to date. It’s not just the goals specifically that have been the issue, though.

As Todd McLellan pointed out this morning, it hasn’t been one thing that has led to the slow starts, and he gave great detail on a few of the issues that have led to the team falling behind early.

“There’s been a variety of things,” McLellan said. “Getting ahead in the game – not necessarily by score, but by control – is a concern of ours. When we have a tendency to come back, you can see us get control of the game and be the aggressor, rather than the receiver, and it makes a big difference. There are different areas of the game that have created issues for us. Early in the year, there were a lot of penalties, it took a lot of guys out of the game and we spent way too much time doing that. Sometimes, the team just isn’t mentally prepared to play, and that can really cost you as well. Vegas was long, we got caught up the ice. The other night, we brought pucks back into our own zone when we needed a line change and that cost us, so there’s a bunch of variables that go into play.” 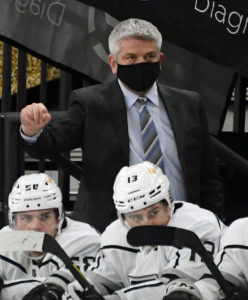 If you look at Tuesday specifically, as McLellan pointed out, the Kings on multiple occasions brought the puck back into their own zone unprompted, which prevented the team from getting a much-needed change off the opening shift. As a result, tired players were trapped on the ice, in the defensive zone, for an extended sequence. The end game was Logan Couture’s game-opening goal inside the game’s first two minutes of play.

As Dustin Brown pointed out after the game, it’s one thing to give up the first goal, but it’s another to do so the way the Kings did. You’re not going to score first 56 times throughout the season, but, when you aren’t ready to play and don’t show up to play early, it’s a larger problem. That’s how Brown felt after the Sharks defeat.

“Goals are going to be given up, but I think [Tuesday] was a different feel, at least for me,” Brown said. “It’s one thing if you give up the first goal, but we just didn’t play. We had four shots on goal, they forechecked us, we didn’t forecheck them. We don’t have an answer as to why that is and it’s something we need to address, and something we need to address quickly.”

So how do you go about rectifying the problem, when it’s not just one problem that’s occurring over and over?

As Brown said, if they had the specific answer, they’d have made the change. It’s not as simple as correcting a systems issue, or an X’s and O’s thing.

When it’s something like taking too many penalties, that is usually an issue that sorts itself out, and it did. When it comes to this ongoing issue, where the outcome is the same, but the root of the problem differs, it’s a different animal to tame.

McLellan started with gaining possession of more pucks on early-game faceoffs, and taking that puck possession and turning it into confident and aggressive play, in both the offensive and defensive zones.

“First off, I want to see us win faceoffs, because then you have it, and it allows you to play on your toes,” he said. “You get to take the game to another team, rather than receive it, and a lot of our early faceoff woes put us in our end, so let’s change that. Then, I want to see five guys play with confidence early, and get aggressive, whether it’s in our end or their end, and I want to see us get ahead in the game. A lot of times, we fall behind because that first, second, third shift goes a little too long. Either we’re in our end, and the other team gets fresh guys on the ice before we do, and we keep receiving the game for a while. All of those things are little things that add up to make a big difference. A lot is made of, well we want to score the first goal, well, you can’t base everything off of scoring first. It would be nice, but it’s all the work that leads up to that goal that’s important.” 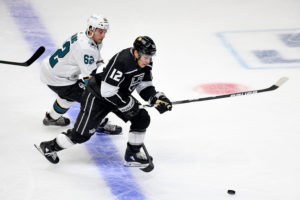 Ultimately, the accountability lies with the players on the ice, and they know that. There are also differences with say how the forwards can help to correct the problem, versus how the defensemen can do so.

Speaking with forward Trevor Moore yesterday, he talked about the desire to simplify things early on, to try and assert the game a bit more on the front foot, instead of the other way around.

“I think it’s just simplifying [things] early, right?,” he said yesterday. “Get pucks in, get in on the forecheck, Todd was talking today about winning changes, getting them tired, getting their fresh legs out there against their tired legs. If you can keep doing that early, I think it just builds and it makes the game a whole lot easier from there.”

From the backend, defenseman Kale Clague had similar sentiments, just from a different point of view.

Clauge believes that the team needs to play more directly, and for the defensemen, it means getting rid of pucks more quickly, and moving it up to the forwards to go North up the ice so that they can do exactly what Moore talked about.

“I think we just need to get going North,” Clague said this morning. “We’ve been turning the puck back too much, we just need to start playing direct hockey and getting it into the forwards’ hands and join the rush when we can. We need to get some more zone-time in their end, get it behind their D, make them turn. I think just [play] more direct.”

Tonight’s opponent, the San Jose Sharks, are tied as the top first-period scoring team in the division, and have a +6 goal-differential in first periods this season, as opposed to -17 from the first period on. A stronger start, against a strong-starting team, will be a key tonight for the Kings.

By Zach Dooley
1,008 Comments
Behind the Scenes