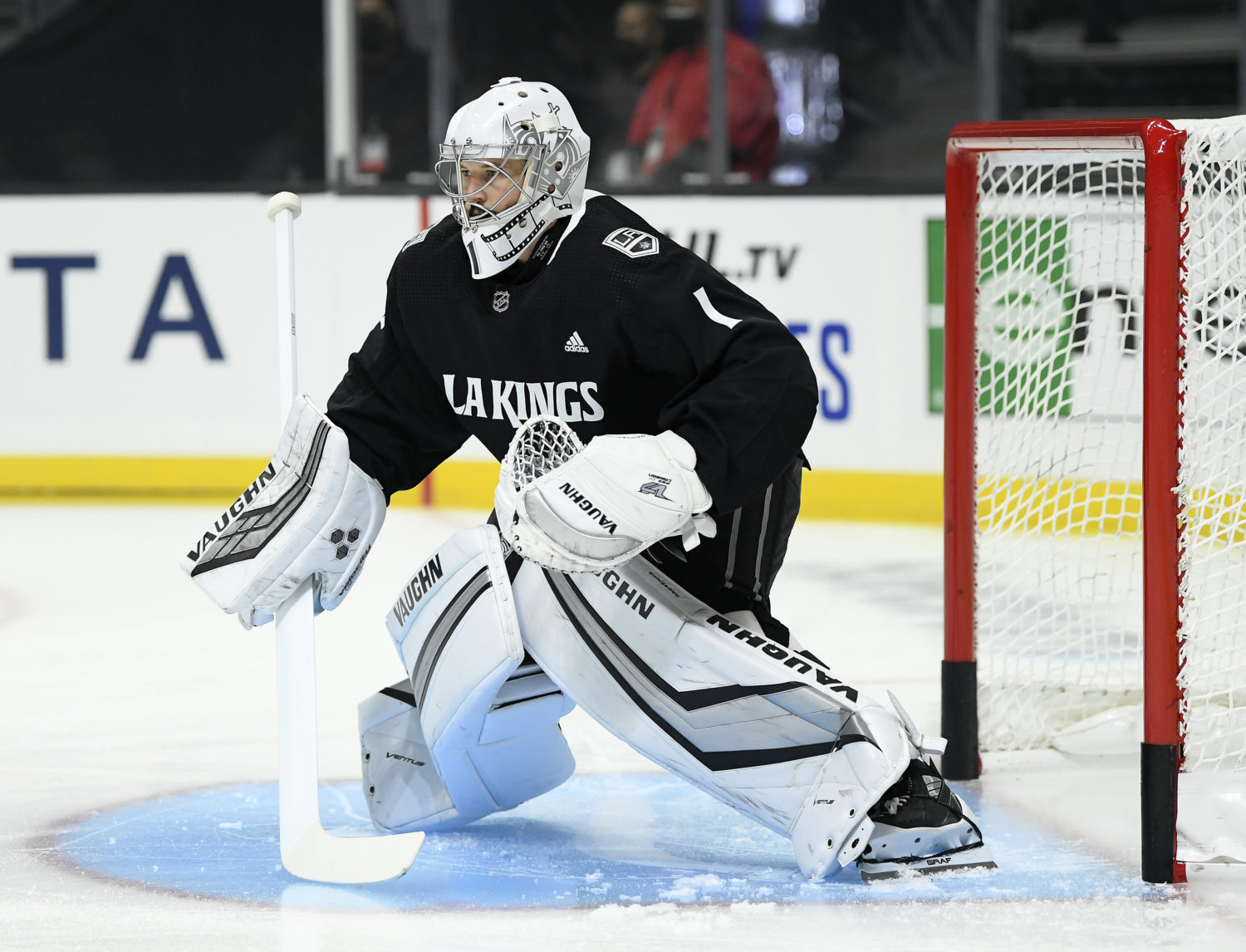 A series of roster moves for the LA Kings this morning, before practice begins here at T-Mobile Arena.

After losing him on waivers to the Edmonton Oilers on January 16, the Kings re-claimed goaltender Troy Grosenick off waivers this morning from Edmonton. After he served as Jonathan Quick’s backup on Opening Night, the Kings attempted to assign Grosenick to the taxi squad, once Cal Petersen returned from COVID-19 protocol, but he was claimed by Edmonton, which had goaltender Anton Forsberg to waivers earlier that week.

Grosenick remained on the Oilers’ active roster since he was claimed, but did not appear in a game North of the Border. Now, coming back to the Kings organization, Grosenick has been assigned to the AHL’s Ontario Reign. Per the NHL CBA, if a team loses a player on waivers, later claims him again off of waivers, and is the only team to place a waiver claim on that play, he is free to be assigned to the AHL without clearing again. Thus completes the 21-day process of attempting to get Troy Grosenick onto the taxi squad / AHL roster.

Additionally, the Kings have assigned forward Boko Imama to AHL-Ontario as well. Imama made the trip with the NHL club as a part of the taxi squad, and now heads a few doors down the road, from T-Mobile Arena to Orleans Arena, to join the Reign. Imama would be eligible to skate for Ontario tonight, though the Reign’s lineup remains to be announced.

Lastly, the Kings assigned three players – Mark Alt, Austin Strand and Jaret Anderson-Dolan – to the taxi squad. Strand made his NHL debut last night, while Anderson-Dolan made his season debut at the NHL level. Alt has skated in two games this season with Los Angeles, including on Tuesday against Anaheim, when he logged 15:38 of total time-on-ice, the second-highest total of his NHL career.

The moves between the active roster and taxi squad have been commonplace to date, and something we’ll expect to continue throughout the season.

More to come today, as the Kings take the ice for practice at noon today.