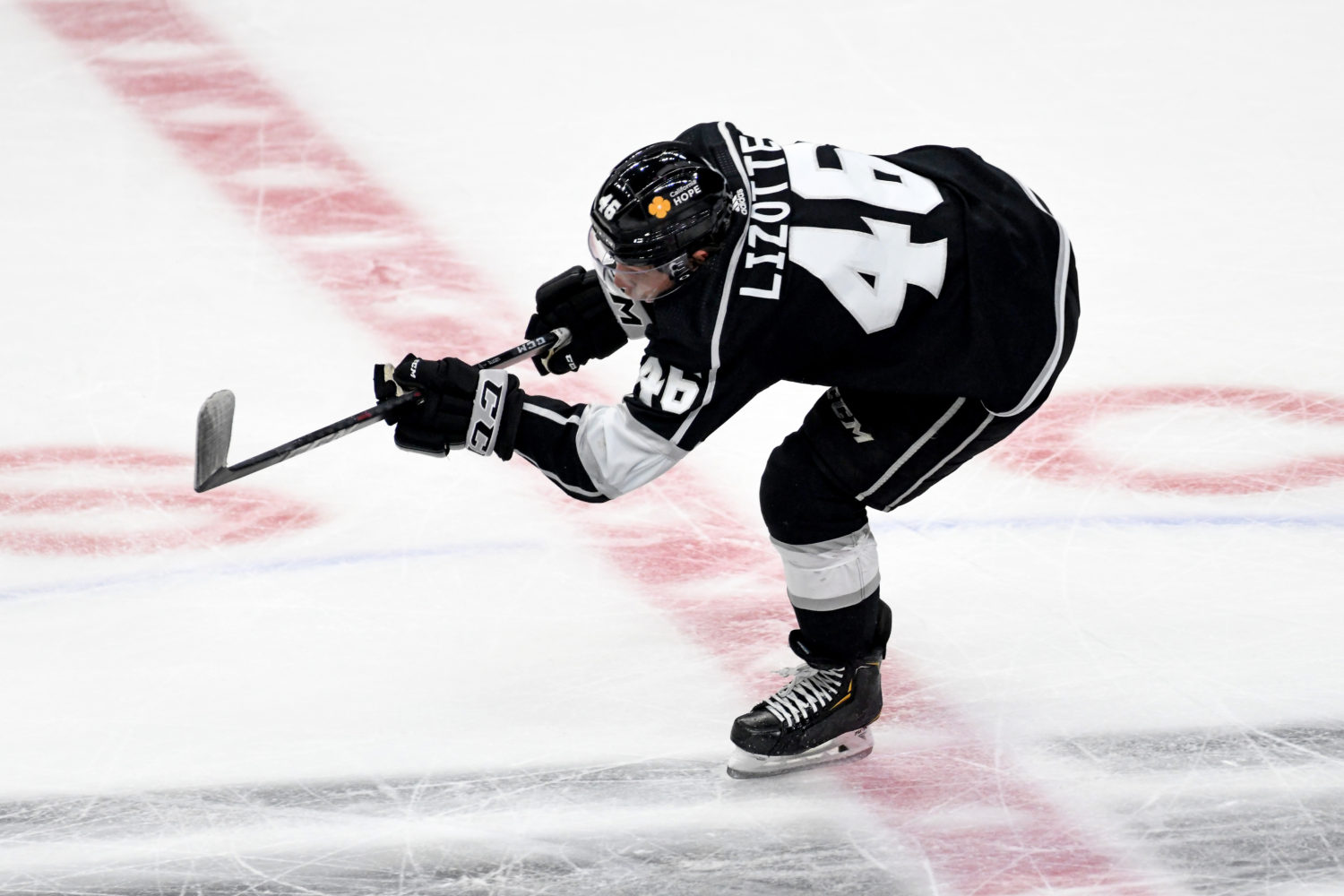 The LA Kings announced earlier today that forward Blake Lizotte has been added to the NHL’s COVID-19 Protocol List. Lizotte joins forward Andreas Athanasiou on the list for the Kings.

LOS ANGELES (Jan. 29, 2021) – LA Kings forward Blake Lizotte has been added to the NHL’s COVID-19 Protocol List, the league announced this afternoon. Lizotte won’t be available for practices, travel or games until he is removed from the protocol.

Throughout the 2020-21 season, the NHL is releasing the names of Players who are “unavailable” to teams due to COVID protocols. This list is updated daily.

In other LA Kings news –

– Forwards Lias Andersson and Jaret Anderson-Dolan were reassigned to the taxi squad over the last two days. Andersson has been elevated to the active roster over the past few games, and has been a regular on aline alongside Gabe Vilardi and Dustin Brown. Anderson-Dolan was elevated to the active roster, and took warmups with the Kings, on Thursday in Minnesota. With the team not playing again until February 2 against Anaheim, however, he was returned to the taxi squad for the time being.

– Minnesota forward Kevin Fiala was suspended for three games, as a result of his boarding major against Matt Roy in yesterday’s game. Fiala’s hit knocked Roy to the ground, where he laid for a couple of minutes, before he was able to leave the ice with the help of teammates Jeff Carter and Anze Kopitar. Roy did not return to the game but was able to travel back to Southern California with his team yesterday evening.

The full video from the D.O.P.S, explaining the rationale behind the suspension is embedded below –

– Lastly, nothing that is concerning at this point from a Los Angeles perspective, but the Kings next road opponent, the Vegas Golden Knights, had their upcoming games against San Jose postponed. With those games off the schedule for the time being, Vegas’ next game is currently scheduled for February 5 against the Kings, at T-Mobile Arena. The teams are slated to play on 2/5 and 2/7.

The release from the NHL also noted that the Golden Knights’ training facilities remain closed until further notice.

And with that, please return to your regularly scheduled Friday afternoon!