Looking to watch the LA Kings this season? Well you’ve come to the right place. The Kings and Fox Sports West announced today that FSW will air 51 of the 56 Kings games this season, with all 56 games aired locally in the Los Angeles market.

This marks the 35th Anniversary of Kings Hockey on FOX Sports West, with the relationship beginning in 1985.

All 56 Kings regular season games will be broadcast this season locally or on national television with regular season coverage of LA Kings Hockey on FOX Sports West kicking-off with the club’s season/home opener, the Kings-Minnesota Wild game at STAPLES Center, on Thursday, January 14. Coverage on FOX Sports West on January 14 begins at 6:30 p.m., the first of 51 games on the home of the Kings.

Also as a part of the Kings coverage on television this season will include five games, as previously announced by the NHL and NBC. The following five Kings games will be broadcast on NBCSN –

Three more Kings games — on March 10, March 21 and April 18 — are non-exclusive NBCSN Broadcasts and FSW will also broadcast these games.

Additionally, two games are slated to be carried by KCOP-TV (Channel 13) – February 5 at Vegas and February 26 at Minnesota. 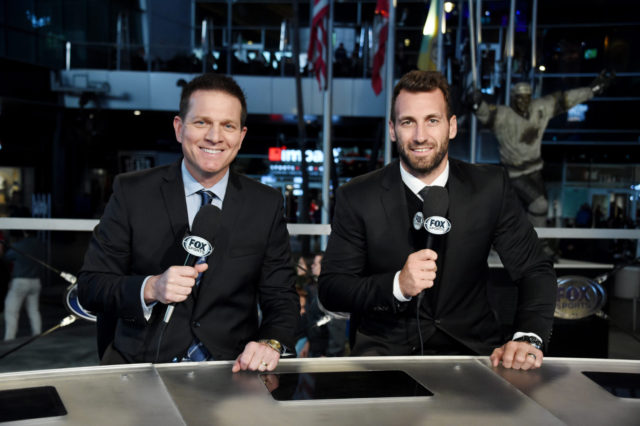 Kings television play-by-play announcer Alex Faust returns for his fourth season and is joined by analyst Jim Fox in the Kings broadcast booth. Fox, the former Kings forward, is entering his 31st season as the club’s television analyst. From the production truck, Steven “Hoover” Dorfman will begin his 12th season on Kings telecasts, serving as the producer, and Mike Hassan will again direct the telecasts, a position he has held since 1995.

Fox and Faust return behind the mic for all LA Kings telecasts on FOX Sports West with top priority being placed on COVID-19 safety protocols this season. The duo will call all home games from their usual television booth inside STAPLES Center and they will call all road telecasts next to the FOX Sports West production truck in a separate trailer, outside the arena.

More information will be added to this article when the Kings radio schedule is announced prior to the start of the 2020-21 regular season. 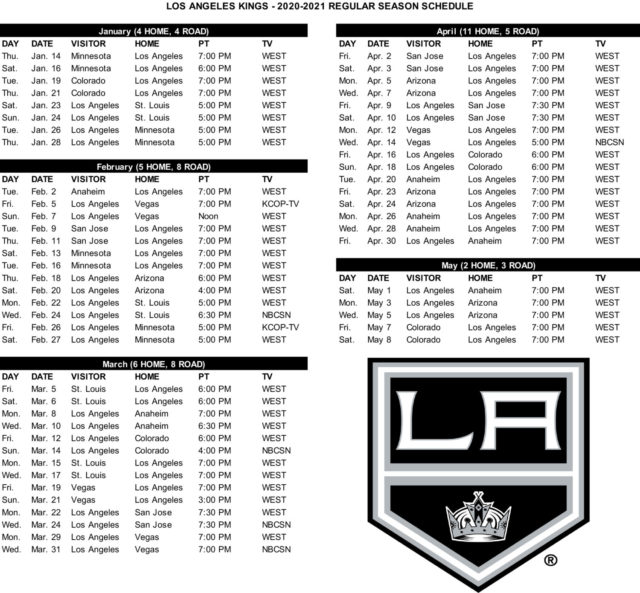