With 295 days to rest, Kings veterans made the most of their extended offseason - LA Kings Insider

With 295 days to rest, Kings veterans made the most of their extended offseason

That’s how long we had to wait between the final regular-season game that the Kings played, a 3-2 win over Ottawa at STAPLES Center, and today’s opening of training camp.

“In previous years, when the season ends, you kind of see the end, but last year, in March, the way it ended everyone was in shock,” Kings Captain Anze Kopitar said.

The layoff was difficult for everyone, and the global pandemic is serious, but Kings veterans were able to find at least one silver lining. The time off was tough, but what it gave the players was something that they had never had before in their careers. It gave them time.

From the end of the 2018-19 season – the Kings played their final regular-season game on April 6 – until the opening of training camp the following fall, players had 160 days off. With nearly double that in play, players had time for the first time since the 2005 NHL lockout.

Time to recover, time to recuperate, and time to fully get their bodies back to where they would like to have to them to be at full functionality for an NHL season.

Now, with an abbreviated training camp and a 56-game slate in front of them, that rest will be put to the test.

“I think it’s a great opportunity for everybody here,” Kings forward Dustin Brown said. “We’ve had a lot of time off, a lot of unstructured time and there’s guys that have probably taken advantage of that across the board, so there’s probably some opportunities for guys who have put in the work over the last 7 – 8 months. It really just depends on how you spent these last months.”

As is typically the case, there will be players who put in the work throughout the offseason, and those players would figure to have a leg up when it comes to training camp.

That sentiment usually applies to the younger players. You take a player from say his first professional season to his second, and see a player who goes from perhaps being overwhelmed by the speed, the volume, the physicality, and develops into a more physically mature player over the summer. Sometimes it’s a player who spent extended time in the American Hockey League, growing into an NHL player.

For veteran players, however, this extended break provided some different benefits. For Kings defenseman Drew Doughty, the nine-plus month layoff provided him the opportunity to get his body right, in a way he’s never really had the opportunity to do before, which allowed him to not only provide the usual maintenance, but also gain extra strength through a more vigorous weight-training program.

“You’re always playing with [minor injuries] and things are always nagging at you,” Doughty said. “Now, I finally had however many months off and my body is ready. I was able to actually lift weights, for real, and get heavy, get much stronger, when in the past it was all maintenance stuff. It was a blessing in disguise for me personally, and I think for our entire team, we’re all healthy again, we’re all more than ready to go for this season, we all prepared so hard on and off the ice. I took advantage of that time, that’s for sure.”

For Doughty, the extended time away allowed him to establish a new offseason routine.

He was able to continue to mix on and off-ice training, while also getting some extra family time, which was big for the mental side of his game.

“My routine was to get up early, get up with the kids, and then go to the gym for an hour and a half or so” he explained. “After that I would skate and then it was just back home. Once a week, [I would] get some massages and treatments done to keep myself ready. Training five days a week, and the rest of the time was spending time with family and friends.” 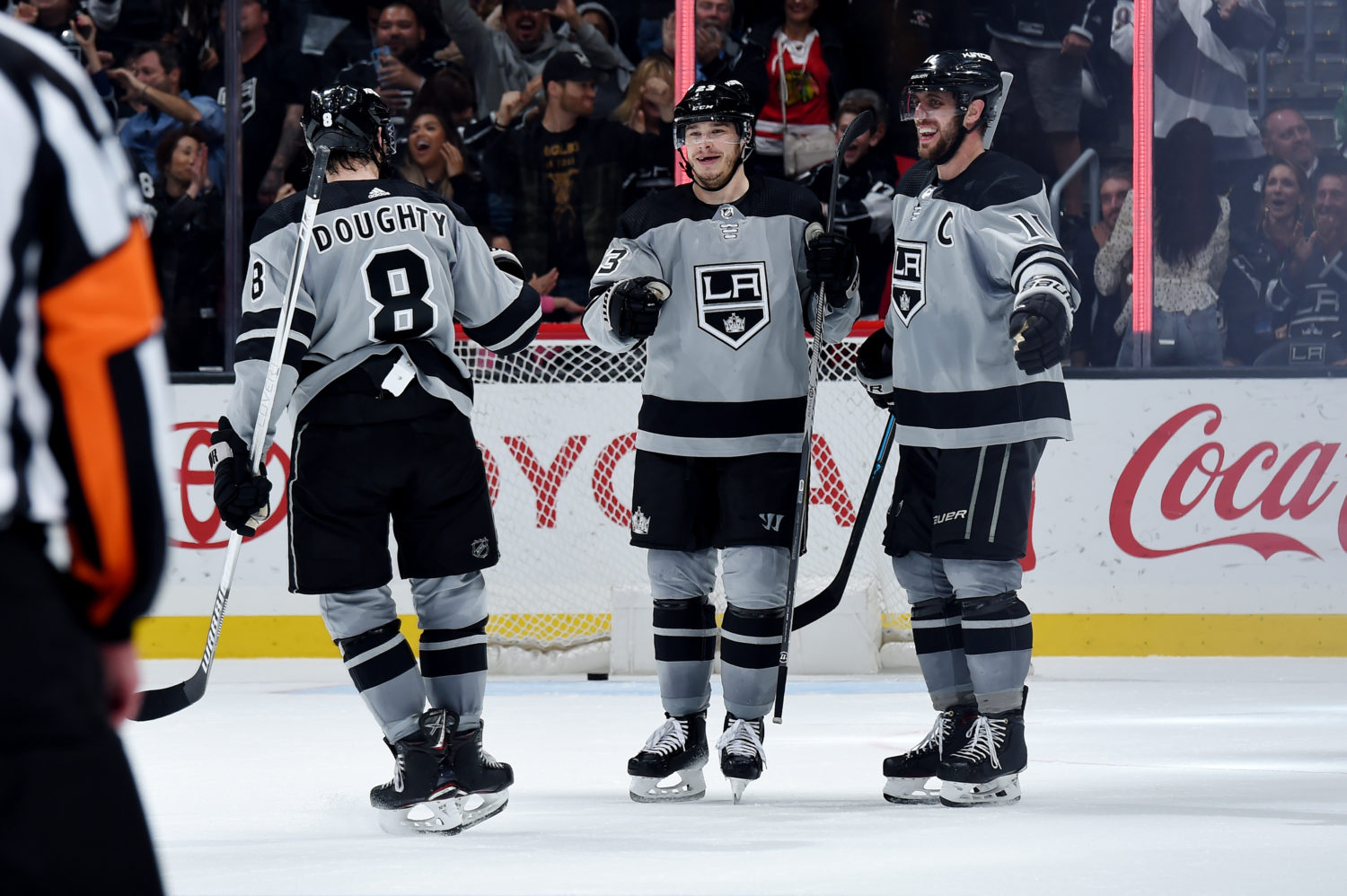 For Brown, the additional time left him feeling “better on day one today than he has in years past.”

While the added time away did provide him with added opportunities to get his body where it needs to be, similar to Doughty, he also said that there were the challenges that a nine-month layoff brings.

It’s not practical for a player to bring the same level of intensity that the typical 3 – 5 month preseason ramp-up brings. For the Kings right winger, preventing the burnout that could have occurred was an important thing for his offseason prep.

“The balancing act was trying not to burn out, honestly,” Brown said. “In a normal year, you have 3 – 5 months, depending on your program, and you can’t maintain that for nine months, so we had to build in some rest weeks and some active recovery weeks. It was probably harder mentally than physically, with the uncertainty of everything.”

The mental side of the layoff isn’t necessarily as prominently discussed, or acknowledged, as the physical aspects of the time off.

For veteran players like Brown though, having that break on both sides was extremely beneficial for him.

“I think for me, it’s been good,” he said. “I can only speak for myself, and I think [it] comes down to, ‘you have nine months, how do you use it?’ For me, it’s been very helpful, giving my body a bit more rest than I’ve ever had. At one point, it was the longest time in my life I haven’t had skates on my feet, so I think if you took advantage of it and used it properly……today I felt pretty good on the ice. Today was good, it just feels good to be out there again.”

That good feeling was contagious throughout the Kings leadership group on Day 1.

For Brown’s longtime centerman, Kopitar, his time away from the game made him only made him that much more thankful to be able to be back. With rested bodies, refreshed minds, and a motivation to turn the ship around, the Kings captain and his teammates are excited to get back to action.

“Being away from the game for nine months now, you come to realize how much you appreciate and you miss the game when you can’t play it for that long,” Kopitar said. “I’ve actually, for this shutdown or whatever you want to call it, I’ve talked to a few older guys that said in ’05, when they had the lockout, that probably prolonged their careers by 2-3 years. I’m obviously very excited and I feel really good. This nine months, even though what’s happened in the world, for me personally, to rest my body, refresh my mind and almost start from scratch it’s very refreshing. I’m excited to start this season.”