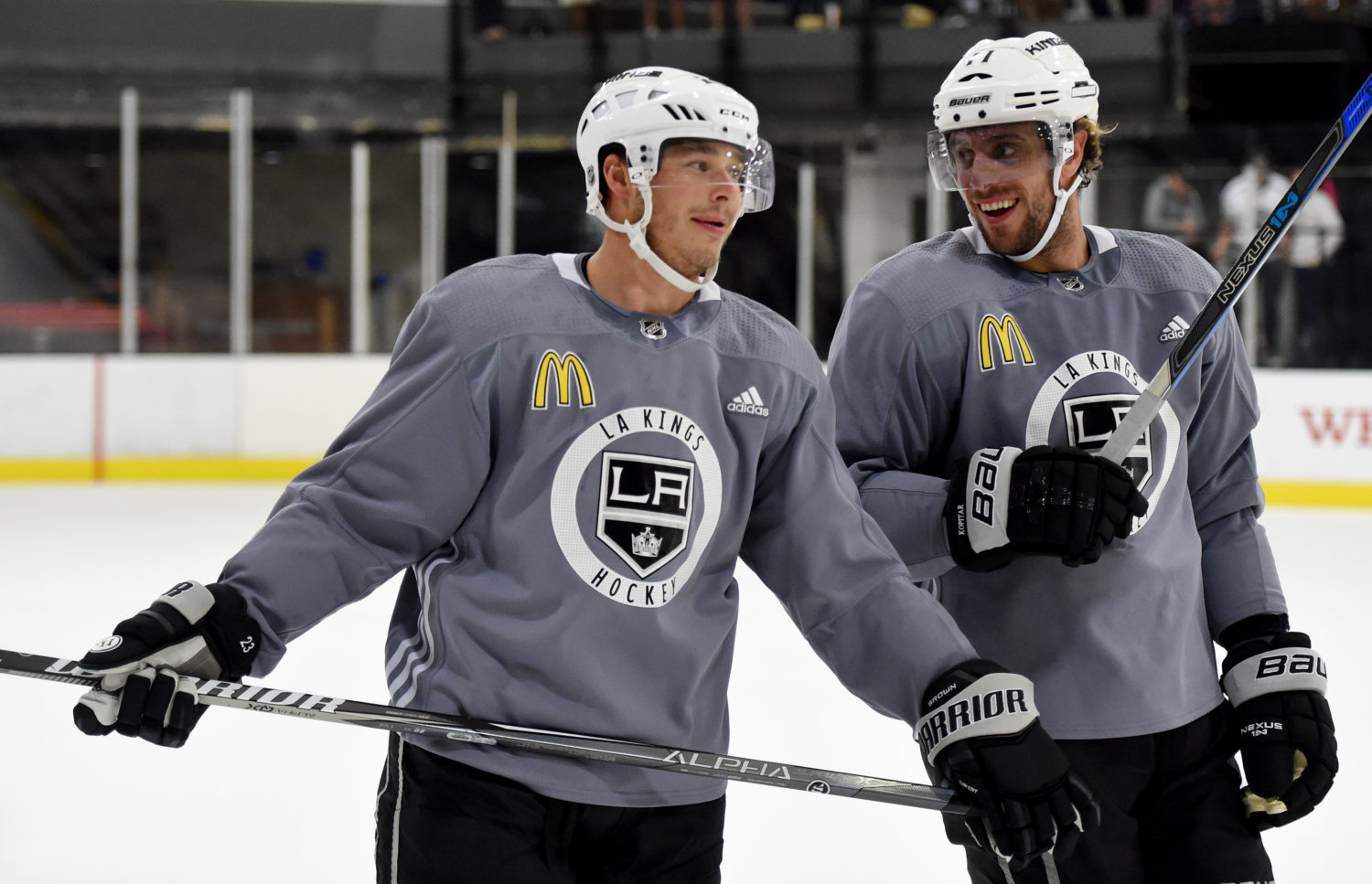 The Kings announced earlier today the group of 36 skaters and 5 goaltenders that will comprise the roster for the first day of camp, along with a preliminary schedule for what training camp will consist of.

The full camp roster is listed below –

*Note that Andreas Athanasiou will be activated and join the team during camp.

Training camp opens tomorrow at Toyota Sports Performance Center. At least to begin the on-ice skates, the players will be divided into two groups, Group A and Group B, with both groups taking part in a 40-minute on-ice practice, as well as a 90 minute scrimmage, during the first three days of camp.

Beginning on Monday, 1/4, the Kings will start their days at 11 AM, with each group taking part in a full-length practice, with the exception of a second off-day on Saturday, 1/9. Please note that all training camp activities will be closed to both the public and working media. All post-practice media interviews will be conducted virtually, and full camp coverage can be found here on LA Kings Insider.

Kings General Manager Rob Blake will give his first media availability of training camp later this afternoon – Check back for a full summary of Blake’s remarks heading into camp!