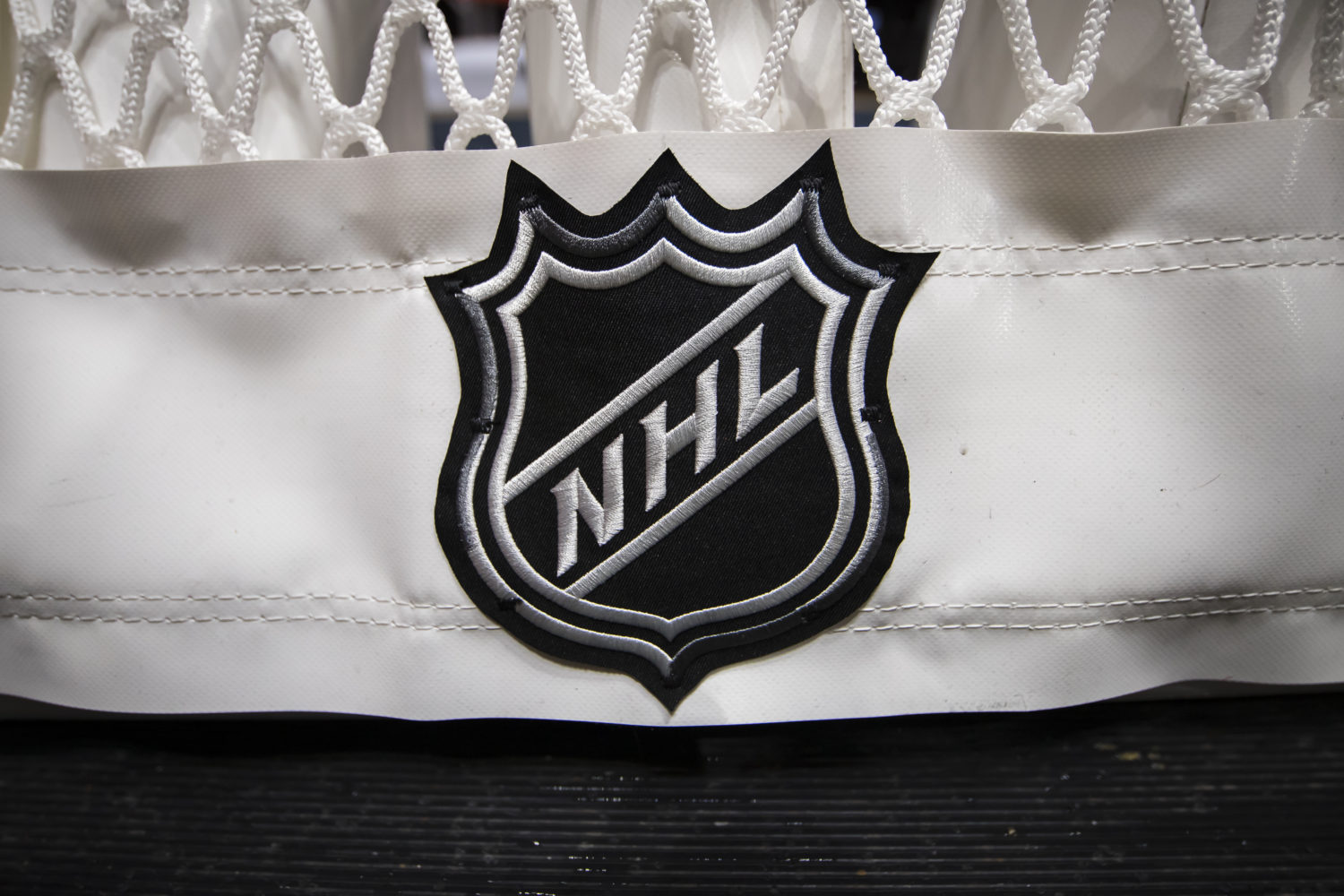 Coming on the heels of Sunday’s 2020-21 season announcement, the NHL has followed up with a critical dates calendar for training camp, regular season & playoff action, as well as key offseason events.

Additionally, the league has provided detail and information regarding COVID-19 protocol, testing procedures and travel party information, as well as a change to the offsides rule…..casually thrown in at the bottom. 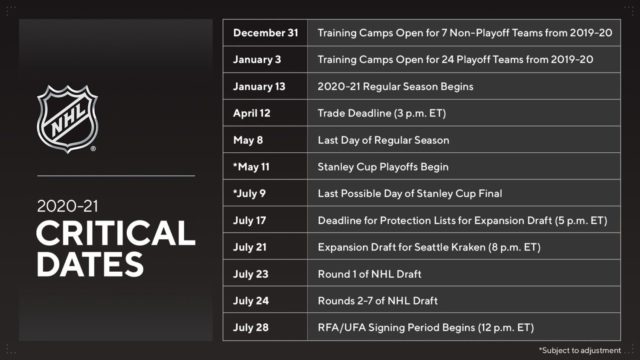 Beginning with training camps for seven teams, including the Kings, on December 31, the league announced a total of 12 critical dates for the 2020-21 season.

The Stanley Cup Playoffs, which as reported, will consist of four teams from each division and no wild card teams, are scheduled to begin on May 11, three days after the conclusion of the regular season, running through, at the latest, July 9. 7/9 is scheduled as the “last possible day of the Stanley Cup Final”, although both the start and end dates for postseason play are designated as “subject to adjustment.”

The offseason begins with a quick turnaround, similar in some ways to this past October. What differs, however, is the kickoff event. The first two offseason critical dates will be related to the Seattle Kraken expansion draft. The deadline for protection lists is scheduled for July 17, with the expansion draft itself scheduled four days later on July 21. The Kings, along with each other team in the league sans Vegas, will have a player selected by Seattle, meaning an LAK player could become a divisional foe overnight. As the NHL previously announced, expansion draft rules will be the same as they were when Vegas entered the league, more on that here.

Just two days will separate the 2021 drafts, expansion and entry. The NHL draft is scheduled to be held on July 23-24, with the free-agent signing period coming just four days later on July 28, beginning at 9 AM Pacific.

Lots of information in there, but all necessary to frame what the 2020-21 season, and offseason will entail. While the pandemic pushed the 2020 offseason back by more than three months, the 2020-21 season and offseason will be structured in such a way that the last crucial date, free agency, is less than a month behind where it would normally be. This is a critical component to keeping the 2021-22 season on track for a normal start, as is currently the NHL’s plan.

The NHLPA and @NHL announced today the finalized return to play medical protocols, transition rules and a change to NHL Rule 83 (off-side) for the 2020-21 season: https://t.co/NyYbmFExi5 pic.twitter.com/7E7vWkQXPj

Lots and lots and lots of information in these sections, all accessible here, that would take until training camp to spell out. Available to those in search of those details, most of which are behind the scenes items.

One important distinction between the summer Return-To-Play protocol and the 2020-21 regular season relates to the disclosure of positive COVID-19 tests. During training camp, no specific names of players who tested positive will be disclosed, but the league will release a total number of positive tests at the end of camp.

During the regular season, however, as stated below –

During the RegularSeason, the League will announce, via official NHL media and social media platforms, the names of Players who have tested positive for COVID-19 as soon as is practical – and, in all cases, before the Player(s)’ next game — once any such positive test is confirmed.

Lastly, the league announced a change to the offsides rule – this should help to alleviate some of the, ahem, displeasure, around offsides reviews.

No word, however, if arenas will be required to paint a blueline on the roof of the building as well to accommodate the blueline now extending vertically.

As Sportsnet’s Chris Johnston reported, the next piece of information we could see coming from the NHL is a look at schedules. Johnston noted that teams have received drafts of what a schedule could look like, with a possible AHL-feel to it, meaning back-to-back games against the same team. So, hopefully, more to come!