Adam Deadmarsh’s tenure with the LA Kings was brief. But very memorable.

Acquired by the Kings from Colorado in 2001 along with defenseman Aaron Miller in the blockbuster deal that sent Rob Blake to the Avs, Deadmarsh played in 114 games – and 17 more intense postseason contests – with the Kings before concussion issues unfortunately ended his playing career maturity.

A power forward and 1996 Stanley Cup winner, Deadmarsh also of course scored two of the most famous goals in Kings history. He played a key role in the Kings beating the heavily favored Detroit Red Wings in the 2001 Western Conference Quarterfinal, the highlight being Game 6 as Deadmarsh scored both the game-tying and game-winning goals to clinch the series.

It may have been the loudest STAPLES Center has ever been prior to 2012 it was the first series win for Los Angeles since 1993.

After hanging up his skates (he played his last NHL game as a King during the 2002-03 season when the hard-nosed winger was limited to 20 contests) the native of British Columbia has coached both at the NHL level with Colorado (2009-12) and with the Spokane Chiefs of the Western Hockey League starting in 2017.

A veteran of nine NHL seasons and 373 points, Adam recently answered these questions from his home in Idaho for LAKingsInsider. 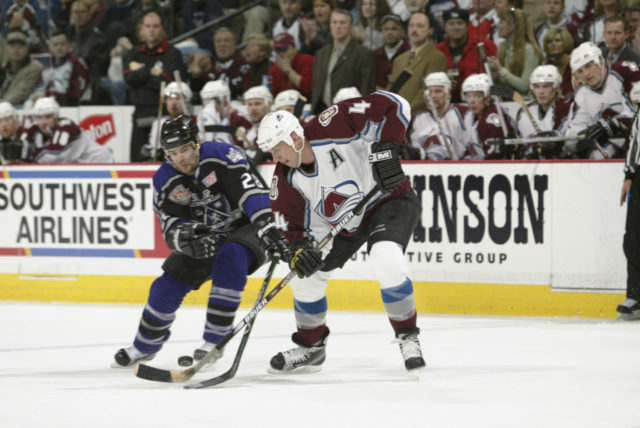 Q: How do you look back at your time in LA?
A: I’m so thankful and honored to have been a part of the LA Kings organization. When I think back on my career, I am so grateful that I was able to play in LA. The LA Kings are a wonderful organization to play for, the city was awesome, and the fans were amazing. The teammates I had were also incredible. I walked into a locker room with so many phenomenal people, and from the very first day, everyone made me feel like part of the team.

Q: What are some of your favorite memories with the Kings?
A: I have so many fond memories of my playing days in LA, but obviously, the playoffs always brought out the most emotion and excitement; therefore, I would have to say our playoff runs bring back some of my favorite memories. Upsetting Detroit in the first round was certainly a highlight for us, and I know that my teammates and I will cherish those moments forever. However, simply having the opportunity to play in front of the LA fans on a nightly basis was also very special. As players, we were so fortunate to play in front of such a loyal and exciting fan base.

Q: How loud was STAPLES Center during some of those playoff moments?
A: It was pretty wild at times at the STAPLES Center. There are a lot of amazing places to play in the NHL with some pretty rowdy atmospheres, but I’d have to say the fans in the STAPLES Center throughout the playoffs were probably the loudest I’ve ever heard in a building. ] It felt like the building was shaking from excitement, and it created a pretty special setting to play in.

Q: How surreal was it to play your former club, the Avalanche, in back to back playoff series – both which reached Game 7 (2001 and 2002)?
A: Given that I was traded pretty recently before that, it was a little bit of a weird experience the first time we played them. However, there was no love lost between the two teams, and I certainly enjoyed the competitive nature of those games. Unfortunately, ending up on the wrong end of both series is something that still upsets me a bit to this day, but I’m thankful to have been part of those kinds of competitive atmospheres. I’ve said many times that it’s an honor to play in the NHL and being in a playoff mix is always something I’ll be grateful for.

Q: You came to LA with Aaron Miller who is a pretty funny dude. What do like most about Millsey?
A: Being traded to the Kings with Millsey was great for me, from a selfish standpoint, as I had the opportunity to go with a friend. Friends always make new situations like adjusting to a new locker room a lot easier. Aaron is an amazing guy, and as you said, he has a great sense of humor that makes everyone around him laugh. He is a guy that anyone would cherish to have on their team. Millsey was also an incredible competitor on the ice and was excellent at what he did. Therefore, the comfort level he brought on the defense side of things was a huge deal for our team. 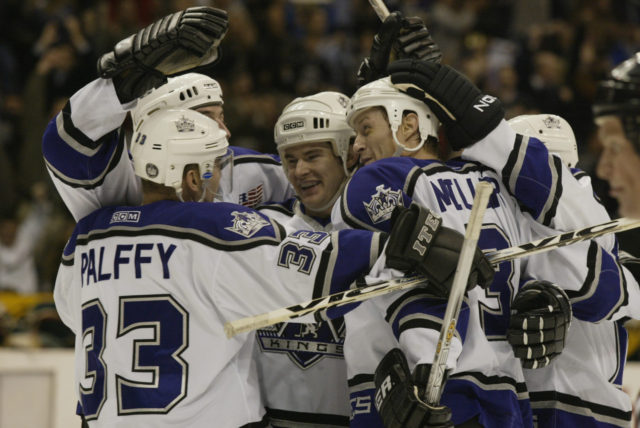 Q: What did you like best about playing with Ziggy Palffy and Jason Allison?
A: Playing with Ziggy and Ali were certainly some of the best times I ever had playing hockey, and there was something special about the chemistry we had as a line. I think we all brought a certain dimension to the game that blended well, and it was my job to try and create loose pucks and get them back to those guys. Once Ali had the puck, he could do amazing things with it. Someone just had to get open, and he would find you. I’ve not seen many guys that were better with the puck around the opposing team’s goal line than Ali was, and he was a force to be reckoned with for sure. As far as Ziggy is concerned, he’s probably one of the most talented guys I’ve ever played with. There were times I would find myself being a bit of a spectator while I was on the ice and watching him in amazement because of what he can do. I then realized I better get involved and start helping. All in all, our line had a lot of success, and every time we stepped on the ice, we felt that we could make something happen.

Q: You also repped the U.S. in international competition on six occasions. Was the World Cup in 1996 the clear highlight?
A: Winning the World Cup in 1996 was certainly a highlight. Anytime you have the opportunity to win an international competition like that, it has to stand at the top. However, having said that, getting the opportunity to play in the Olympics was also an amazing experience, and it was not just from a hockey standpoint. It was also getting to see other athletes at the top of their game. These athletes are people that I watched on TV and seen excel in their sport; to see them in person was really neat. Furthermore, when you grow up watching the Olympics, it is a definite highlight when, finally, one day you have the opportunity to play in them.

Q: It is probably the most obvious question but what is keeping you busy these days?
A: As far as keeping busy these days, I have twin 19-year-old girls that certainly keep me on my toes. I’m also grateful to have the opportunity to be an assistant coach with the Spokane Chiefs (WHL) that I enjoy. Getting to work with these kids and seeing them achieve their goals is something that I thoroughly enjoy. Other than that, I love the outdoors and I try to get out as much as I can.

Q: What is day to day life like in Idaho for you and your family?
A: My day-to-day life is not overly exciting. I try to stay as involved as possible in my kids’ life without annoying them too much. My wife tries to drag me out for daily walks, which she’s not always successful in doing, and of course, there’s always a long ‘honey-do’ list that I try to chip away at. Other than that, I just try to enjoy every day to the best I can and spend as much time with my family as possible to create new and special memories.