The Ontario Reign announced this afternoon that they have signed defenseman Jack Sadek, as well as forwards Nick and Jack Poehling, to two-way, AHL contracts for the 2020-21 season.

Sadek, 23, spent the 2019-20 season on an AHL contract with the Iowa Wild after he was selected by the Minnesota Wild in the seventh round of the 2015 NHL Entry Draft. The Lakeville, MN native played 61 games with the ECHL’s Allen Americans, and compiled 32 points (6-26=32), along with a +25 rating. Sadek’s 26 assists were tied for second-most in the ECHL amongst first-year blueliners, while his 32 points ranked third.

Nick and Jack Poehling are twin brothers, born on August 29, 1996, who are natives of Lakeville, MN. Both players won regular-season NCHC championships in 2018 and 2019 and played in the NCAA Tournament in each season. With St. Cloud State, the brothers were teammates with LA Kings forward Blake Lizotte, as well as Kings prospects Mikey Eyssimont and David Hrenak. 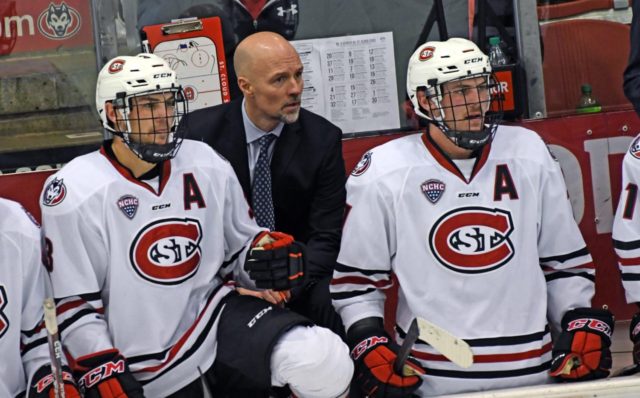