The LA Kings and Ontario Reign announced this morning that John Wroblewski has been named as the new head coach of the Reign. Wroblewski is the second head coach in AHL-Ontario franchise history, and is the fifth head coach behind the bench for either Manchester or Ontario.

Wroblewski joins the Kings organization following four seasons with USA Hockey’s National Team Development Program. With USA Hockey, he spent two seasons each with the U-17 and U-18 National Teams, competing in the USHL as well as internationally. Wroblewski oversaw two U-18 teams at the IIHF World Championships, winning gold in 2017 and bronze in 2019.

The Wisconsin native previously spent two seasons in the American Hockey League with the Rochester Americans from 2013 – 2015, as well as three seasons in the ECHL, including two as Head Coach of the Gwinnett Gladiators.

Wroblewski is expected to meet with the media, along with Rob Blake and Ontario General Manager Rich Seeley at 11 AM Pacific. More to come on the hire, with quotes and reactions.

UPDATE – From today’s press conference, assistant coach Chris Hajt, goaltending development coach Matt Millar and video coach Brad Schuler will all return for the 2020-21 season. Assistant coach Jaroslav Modry will not return to the Reign, with the organization planning to fill that position.

The LA Kings have agreed to terms on a contract with John Wroblewski to become head coach for the Ontario Reign of the American Hockey League (AHL), according to Vice President and General Manager Rob Blake.

Wroblewski will be the fifth head coach to serve for the AHL affiliate in Manchester or Ontario.

“John has a proven background in working with young players and helping them develop their game,” said Blake. “He’s a strong leader who communicates well and he’ll play an important role for our organization. We welcome John and his family to southern California and look forward to having him coach the Reign.”

Competing in the United States Hockey League (USHL), as well as against collegiate and international opponents, Wroblewski guided the program and its players to historic heights. Over his four years with the NTDP, the program reached its first USHL playoff berth since 2012, its first-ever USHL Eastern Conference Finals appearance (2018) and a top-three finish in all 12 international tournaments entered.

At the International Ice Hockey Federation level, Wroblewski served as head coach for the U.S. Under-18 Men’s National Team twice, guiding the U.S. to one gold-medal (2017) and one bronze-medal finish (2019).

Prior to being named a head coach at the NTDP, Wroblewski served as head coach of the USHL’s Youngstown Phantoms for one season (2015-16). He also coached professionally as an assistant coach for two seasons (2013-15) with the AHL’s Rochester Americans and two seasons (2011-13) as head coach of the ECHL’s Gwinnett Gladiators, where he was co-recipient of the 2011-12 Coach of the Year Award. Prior to Gwinnett, he also spent one season as an assistant coach for the ECHL’s Wheeling Nailers (2010-11).

The Neenah, Wisconsin, native began his coaching career as an intern assistant coach with the NTDP and was promoted to a full-time assistant coach the following season, a position he would hold from 2008-10. 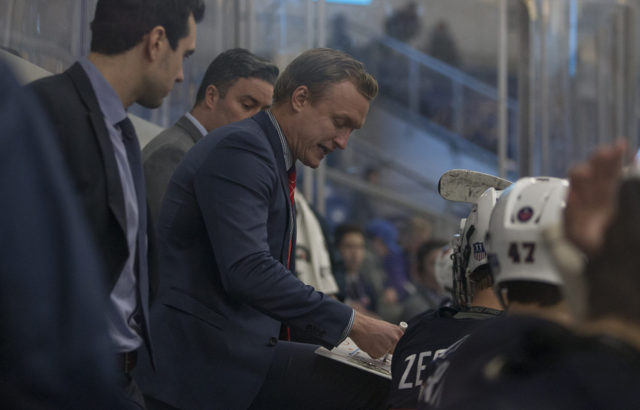