As you saw last week, one of the major announcements by the NHL and NHLPA was the four-year extension of the Collective Bargaining Agreement, which included an agreement allowing players to participate in the next two Olympics. For a quick reminder, NHL players started participating in the Olympics in 1998 – and proceeded to participate in five-straight Olympic Winter Games – before missing the 2018 Olympic Winter Games in PyeongChang.

As exciting as the 2018 Olympic tournament was – particularly for LA Kings assistant coach Marco Sturm and silver medal-winning Team Germany – the tournament wasn’t quite the same as the five NHL-filled Olympic tournaments. A quick scan at those Olympic Winter Games brings to mind some historic moments – Dominik Hasek’s golden heroics in 1998; Canada ending its 50-year Olympic gold-medal drought in 2002; Sidney Crosby’s overtime golden goal for Canada in 2010 on home ice; or even the U.S.-Russia shootout in 2014.

So, does this recent news mean we could be seeing some LA Kings players with an Olympic medal around their necks in 2022? We’re hopeful, but it’s not a done deal just yet.

Let’s walk through some of the details, as well as take a quick look back at Kings ties to Olympic history. 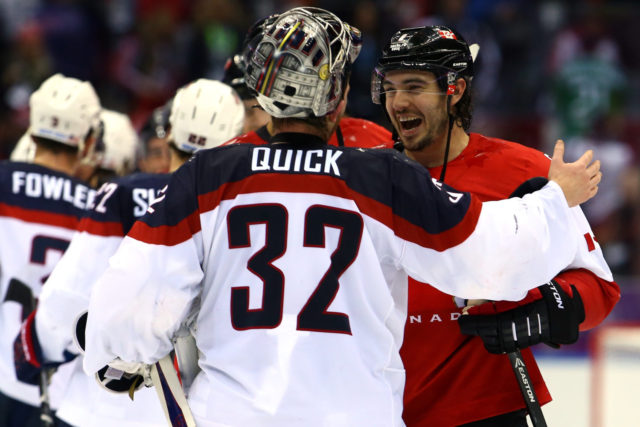 CBA Extension Opens Door for Olympic Return
When the NHL and NHLPA announced last Friday that both parties had agreed to a four-year CBA extension, that included a commitment to players returning to the 2022 and 2026 Olympic Winter Games. The news should not only bring excitement to players interested in representing their country, but to all hockey – and Olympics – fans.

In 2018, the NHL ultimately did not send players to the Olympics in PyeongChang, South Korea. The reason? Well, there were several – ranging from the league’s disinterest in pausing the regular season for nearly three weeks, fears of player injuries, limitations on marketing rights or highlight usage, etc. Many of the players were upset at the idea of not participating, but the lack of any inclusion of the Olympics in the CBA at the time, led to the resulting scenario.

Therefore, the fact that the latest CBA includes an agreement regarding the Olympics is the first, and perhaps most important, step in bringing the NHL back to the Olympics.

So is the NHL participating in the 2022 Olympic Winter Games A Sure Thing?
Not quite. While the NHL and NHLPA have come to an agreement to allow players to participate, there are still some items to be resolved with the International Olympic Committee before a full celebration is in order.

A major sticking point in 2018 came about when the IOC stated it would decline to pay the participation costs associated with travel, insurance and accommodations – a hurdle that will still need to be resolved between the IOC and NHL.

Should fans worry about the NHL/NHLPA/IOC not being able to get on the same page like they did in 2018? International Ice Hockey Federation president Rene Fasel, in a recent interview with the Associated Press, was highly optimistic an agreement can be made.

“No, I don’t think there’s a deal breaker,” Fasel told The Associated Press. “There are a lot of challenges, but I think in principle I would say the news that that’s in the CBA, for me and especially international hockey, is very good news.”

Flashback to 2018: Sturm Guides Germany to Surprising Silver
What did an Olympics without NHL players look like? Different. The U.S., for instance, had some college players and professionals from Europe or the AHL, while the Olympic Athletes from Russia featured a star-studded KHL-full roster that still missed notable Russian names like Ovechkin or Malkin.

The biggest surprise of the tournament? Team Germany, led by none other than Marco Sturm, former Kings player and current assistant coach on Todd McLellan’s staff. Sturm was tabbed head coach of his native Germany in 2015, and with Germany failing to receive one of the nine automatic bids, he was first tasked with helping Germany qualify for the Olympics by winning a qualifying tournament in 2016. Keep in mind that, had they not won that qualifying tournament, there’s no Olympics for Germany.

In PyeongChang, Sturm not only helped Germany prove it belonged in the Olympics, he led the nation to the gold-medal game after defeating none other than heavily favored Sweden and Canada in the quarterfinal and semifinal rounds. In the gold-medal game, Sturm and Team Germany came within 56 seconds of winning gold before falling to the Olympics Athletes of Russia, which included current LA Kings forward Nikolai Prokhorkin, in overtime by a 4-3 count. 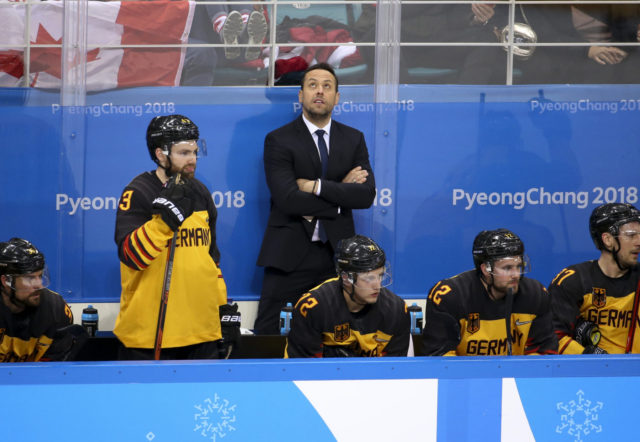 Notable LA Kings Olympic Ties
Vice President and General Manager of the Kings, Rob Blake made his Olympic debut in 1998 in Nagano, Japan, notching a goal and an assist to help Canada to a fourth-place finish. Four years later, he won gold with Canada at the 2002 Olympic Winter Games in Salt Lake City, helping the country end a 50-year Olympic gold-medal drought in men’s ice hockey. Blake also competed in his third Olympic outing in the 2006 Winter Olympics in Turin, Italy, bringing his Olympic totals to six points (2-4=6) in 18 career games.

The 2010 Olympic Winter Games in Vancouver, British Columbia, saw Drew Doughty (Canada), Dustin Brown (USA) and Jonathan Quick (USA) make their countries’ Olympic rosters for the first time. The trio faced off in the preliminary round, where the U.S. edged Canada, 5-3, before meeting again in the gold-medal game. There, Doughty and Team Canada prevailed on home ice with a 3-2 overtime win as Doughty, the youngest member of Team Canada at 20-years-old, tallied two points in six games and was on the ice for the golden goal. Brown skated in all six games for the silver medal-winning U.S. while Quick served as a backup goaltender.

Five current Kings players would go on the skate in the 2014 Olympic Winter Games as Doughty, Brown and Quick would skate in their second Olympics and be joined by Anze Kopitar (Slovenia) and Jeff Carter (Canada). Kopitar finished seventh with Slovenia, recording three points in five contests (2-1=3). Brown and Quick came in fourth with USA, with Brown tallying three points in six games (2-1=3) while serving as an alternate captain and Quick, Team USA’s starting goaltender, went 3-2-0 with a 2.17 GAA and .923 SV%. Together, Doughty and Carter helped Canada win its second consecutive gold medal. Doughty earned Tournament All-Star honors and tied Shea Weber for the team-lead in scoring with six points in six games (4-2=6) while Carter was one of three tournament players register a hat trick and finished with five points (3-2=5) in six games.

What will the 2022 Olympics Look Like?
Assuming everything gets squared away, the 2022 Olympic tournament currently has nine countries qualified and its three groups already sorted. Group A and C will feature two highly prominent international rivalries go head-to-head, as Group A features both Canada and the United States while Group C includes both Finland and Sweden. Joining Canada and the U.S. in Group A is Germany and tournament host, China, while Group C’s two other participating teams will be determined by Olympic Qualifying Tournaments. In Group B, Russia, Czech Republic and Switzerland will also be joined by a team determined from Olympic Qualifying Tournament play.

Who will end up representing LA when the time comes? Will it be one of the six current Kings players with Olympic experience (Brown, Carter, Doughty, Kopitar, Prokhorkin, Quick), or one of the next wave of rising young stars making their mark? Time will tell what the future holds but for now we can speculate on who “goes for gold” on the world’s biggest stage. 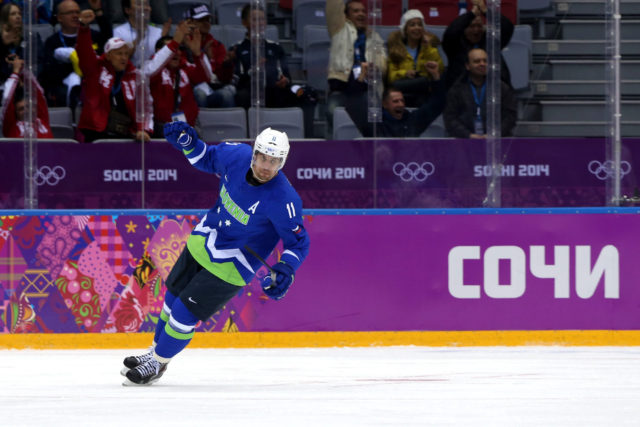