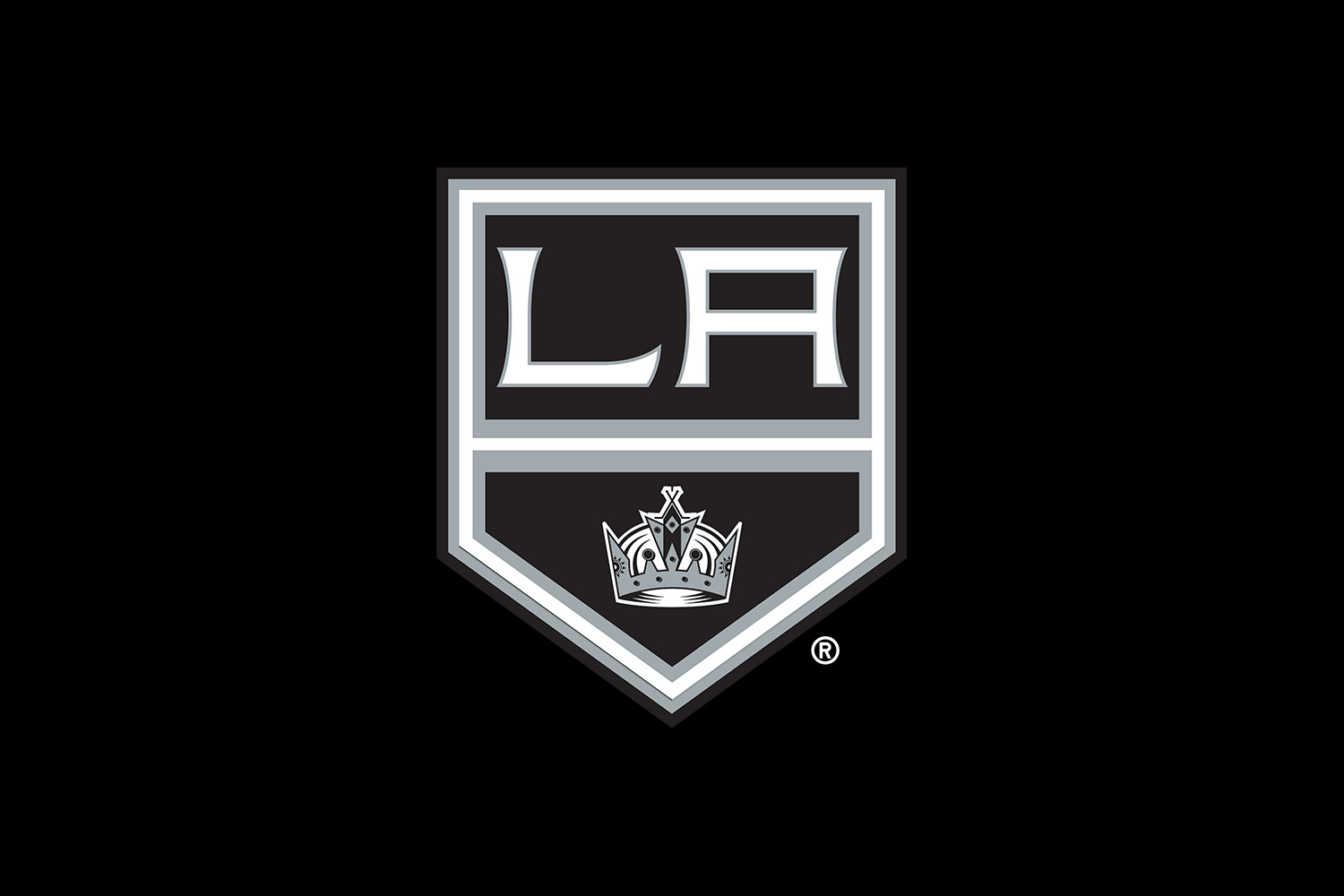 This past Monday was one of the most difficult days in the history of the LA Kings and AEG organizations as we had to make very hard decisions that impact the lives of many of our team members. We had hoped to be able to return to our normal business activities by now, but the COVID-19 pandemic continues to severely restrict our operations. As a result, we had to make some painful choices regarding personnel throughout our business that we had hoped to avoid.

Unfortunately, we regret that Jon Rosen is no longer a member of our organization. Jon has been a valuable part of our team for the past eight seasons as the LA Kings Insider, and we thank him for his tireless dedication and wish him much success in future endeavors. We have enormous respect and gratitude for the work he put into the LAKI platform. He continued what Rich Hammond started in 2009, and Jon’s passion helped take the site to an even higher level with a singular goal – delivering the most detailed and accurate coverage of the LA Kings.

LA Kings Insider was created to provide a transparent voice to you, our fans, and feature editorial content that highlights the day-to-day activities of the LA Kings. The platform will remain a central source for Kings news, informing you about new developments related to our organization, but for now, there will be no single individual responsible for developing the site. We understand the importance of LA Kings insider to you and we remain committed to evolving the platform and providing exciting new content once we resume our operations

Until then, be well and stay safe.
LA Kings

A Note From Jon

For the longest time, this didn’t feel like a job.

Sometimes you’re just having so much fun that you wedge yourself into a crowded boarding area at the San Jose airport 45 minutes before departure and write your favorite story by the time your boarding group is called. Sometimes you’re prouder of your work on even less sleep, because the night before there was absolutely no way you were going to miss spending time with Bob, Jim, Nick, Darryl, Patrick, Hoover, Hassan and Ed Lewis at an exurban Chicago hotel bar in the aftermath of Game 7.

I mean, I grew up in the San Fernando Valley and know the exact date of the first Kings game I attended (November 26, 1986, a 5-3 loss to Vancouver), dubbed play-by-play over taped telecasts with my sister and would wave to Bob Miller and Nick Nickson when we’d pass by the media riser at The Forum. They’d always wave back and smile.

Bob fitted his 2012 championship ring on friends and family at our wedding and couldn’t be happier to take pictures with them. Nick and I would howl at each other’s recitation of Fred Willard lines from Best in Show. Jim Fox has been an amazing friend and quick to reply when asked to recommend a Brunello di Montalcino from eight time zones ahead, and Daryl Evans, godblessya, still refers to me as “young man” even though I consider shaving twice a day. I refer to him as “Chumly,” which may or may not be his nickname from the 1977-78 U-18 AAA Toronto Nationals. And though I haven’t known Alex Faust for nearly as long, he’s a true leader, vastly intelligent and talented, and I’m excited to continue to watch him evolve as an outstanding young broadcaster.

Amazingly, AEG paid me for these interviews: Justin Williams after Game 7 in San Jose; Mario Lemieux at Luc Robitaille’s statue unveiling; Dustin Brown after his 1,112th game; Gabriel Vilardi after his storybook first NHL goal. We were invited to the White House twice by the President of the United States. I interviewed Landon Donovan on the White House lawn. They asked me to call almost 50 games on radio and TV, and the resonance of what it meant to provide play by play from Bob’s chair and vantage point was never lost on me then, or now.

I’m so happy to have lent my voice to Kings fandom even while covertly and incrementally evolving LA Kings Insider from an online hockey community into a database of Simpsons and Spaceballs references. Speaking of which, we were friggin’ invited to visit the Simpsons offices and writers’ room! I’m not sure if there’s anything I’ve taken more pride in than receiving a personalized note in Simpsons letterhead expressing appreciation for LA Kings Insider and inviting us to a table read. That’s a forever-life moment.

And then the skies came crashing down and sports stopped, leading to one of the few and infrequent reminders that this was, in fact, a job. Before I sign off from it, I wanted to offer a few notes of appreciation to Friends of LAKI and those who helped make this site function.

Thank you to the community that sustains LA Kings Insider. Thank you for welcoming me into that community and continuing the vivid conversation you had with Rich Hammond – and thank you so much to those who remain from the Inside SoCal site. I’m also indebted to Rich, who has been a close friend and colleague whose constitution, discretion and reporting quality remained the site’s axis. Thank you for setting such a high bar, Rich.

Thank you as well to everyone in hockey operations who has received and responded to emails at 2:30 in the morning in hotel lobbies and for processing my regular check-ins. That includes Dean Lombardi for encouraging me and offering compliments outside the St. Louis Westin after Game 2 in 2012. It’s amazing what those random gestures of kindness can do for someone’s confidence early in their tenure in this league. Thank you as well to Rob Blake and Jeff Solomon for the regular communication and ease at which they allow LAKI to function, Mike Futa for his friendship and honesty, and all the wonderful coaches, scouts and development figures whose word and assistance have helped me become informed and have spawned interesting content leads.

I also owe tremendous thanks to the entire PR staff, including Jeff Moeller, who encouraged me to apply for the position and Mike Kalinowski, who’d served as the day-to-day liaison with players, coaches and hockey figures and whose reciprocal trust and understanding allowed the site to flourish. Thank you, of course, to Luc Robitaille, Kelly Cheeseman and Mike Altieri for affording me ample room to grow as a writer and broadcaster, and to my friends and colleagues at FOX Sports West who’ve offered me a voice on their platform, including Patrick O’Neal, Carrlyn Bathe, Jack Wilson, Hoover, Mike Hassan, Joel Goodling, Tom Feuer, Nick Davis, Shawn Kopelakis and Micah King.

And, to the players – thank you for allowing me to hitch my wagon to yours in 2012 and for the exhilaration of chronicling your marathon run two years later. Specifically, thanks to Anze Kopitar, Colin Fraser, Kyle Clifford, Willie Mitchell, Dwight King, Jake Muzzin and Matt Greene for their friendship and candor, and the levity with which they made the Kings room an easy one to walk into. As much as I could remember, I made sure to remind myself that I was entering a special dressing room, one dotted with Hall of Fame players, reporters/columnists and broadcasters.

Thank you as well to everyone I had so much fun with on the beat – Lisa Dillman, Curtis Zupke, Helene Elliott, Josh Cooper and Jack Harris – and Aaron LeValley, Courtney Ports, Michal Oleszewski, Rob McPherson, Charles Bourjon, Dieter Ruehle, Jeremy Zager and Tim Smith with the Kings, as well as everyone else who was a part of the 2014 family. And The Royal Half, whomever or whatever he/she is.

Thank you as always for reading and continuing the conversation. Until next time, Insiders,
Jon Rosen