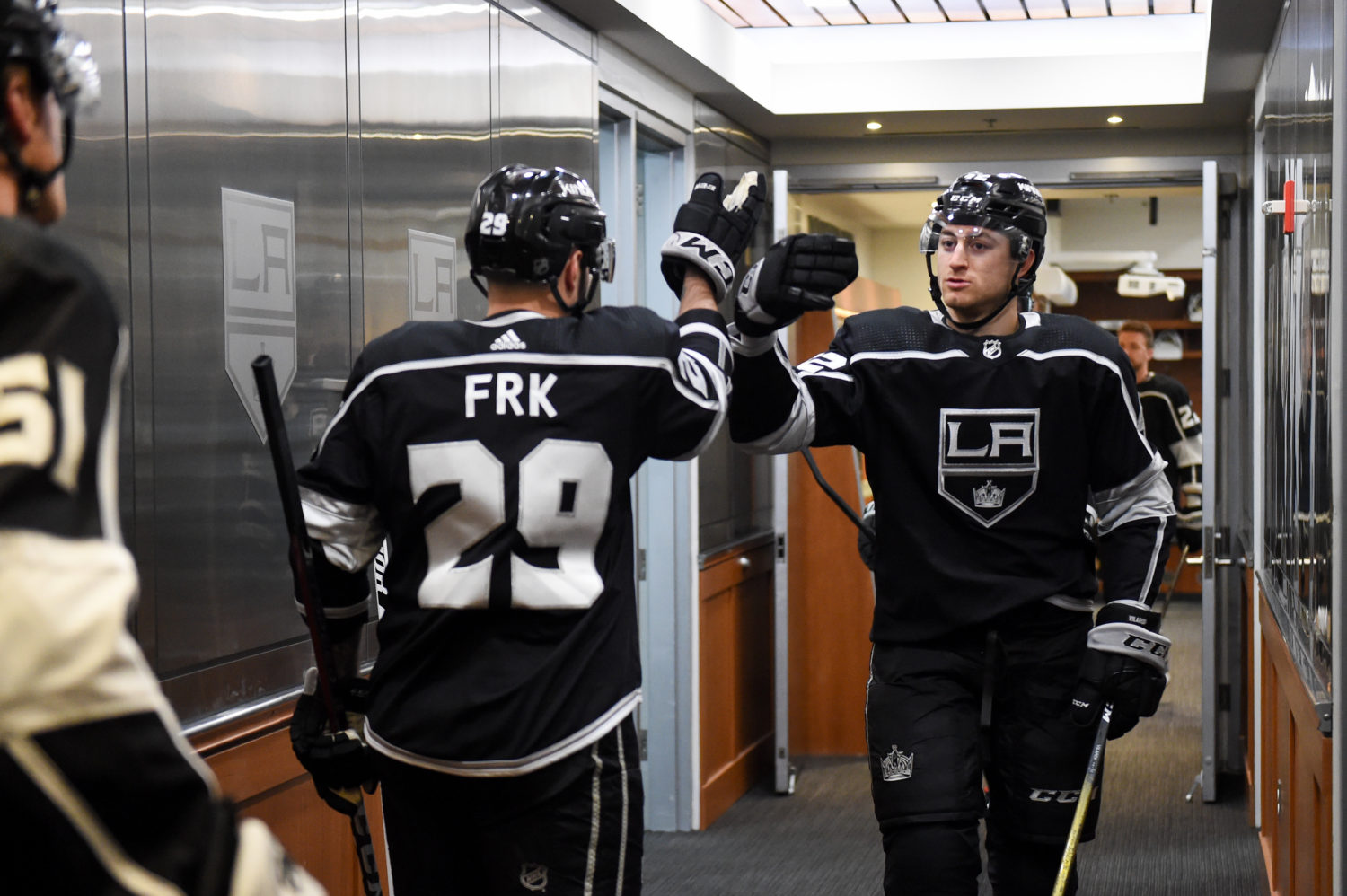 Yesterday afternoon, LA Kings forwards Gabriel Vilardi, Martin Frk and Austin Wagner hopped on a Zoom call hosted by Carrlyn Bathe, speaking on a number of topics, ranging from the impact and culture change brought by the McLellan administration to some self-deprecating humor by Wagner on his breakaway-scoring. Some of the highlights below –

Good Humor
First off……lots of laughs throughout the entire call. As Vilardi discussed what he was working on improving, to prepare to either return to play or for next season, he touched on getting faster and flipped the conversation to Wagner. “The NHL is so fast, you look at guys like Wags and I’ve got to keep up with those kinds of players,” Vilardi said. “If not, you’re going to be behind. Wags specifically, I don’t think anyone can keep up with Wags, but I’ve just got to get faster to be able to play at a high level.” Wagner, with his quick wit, chimed in with “If you teach me how to score on a breakaway, I’ll teach you how to get fast.” 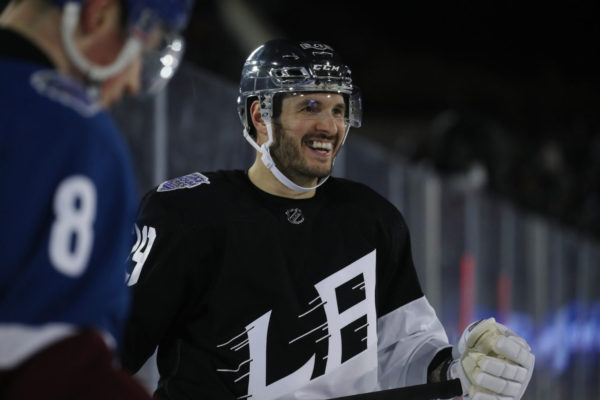 After Vilardi was called up, the Kings squared off against Florida’s Aleksander Barkov, Colorado’s Nathan MacKinnon, Edmonton’s pairing of Connor McDavid and Leon Draisaitl and Pittsburgh’s tandem of Sidney Crosby and Evgeni Malkin, all within his first four games in the National Hockey League. When asked what it was like to play against top competition, Vilardi joked that his line was only out there against those guys when they got caught on after an icing. “I took a couple of draws against Sid though, I went 1-of-3 on him so I’ll take it,” he added.

Frk drew some laughs from the group when asked about why he signed with the Kings as a free agent in Summer 2019. “I mean, I wanted to go play somewhere hot, so when I got an offer from LA, we were talking, me and my fiancée, and we were like let’s go play somewhere warm,” he said with a smile. “We wanted out of the cold.”

Carrlyn Bathe did a good job of keeping things lighthearted with the players as well and found a good balance between letting the guys be the guys and getting some meaningful information from the trio. Speaking of…… 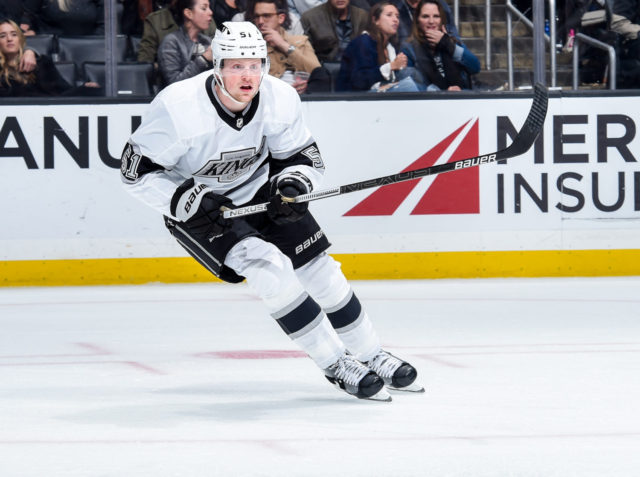 Coaching Change & Attitude Adjustments
As the only player to play with the Kings before the 2019-20 season, Wagner took the lead on addressing the changes implemented by coaching staff, but all three players chimed in. Wagner noted the return of a “winning attitude” as the main difference between the 2018-19 and 2019-20 Kings, and said that from the second that training camp started, expectations were put in place.

“The winning attitude is back,” Wagner said of the differences from last to this season. “I think last year, you look at it and we were losing a lot of games…we obviously always want to win, but it was just a tough year the year before, my first year. Coming into camp this year, they set it out that it was going to be a winning attitude everywhere and last year didn’t matter and we’re here to win games. Every day, the guys here, we work hard every just to get better and try to win more games. That’s what Todd wants.”

Frk and Vilardi, though they did not experience a prior regime with the Kings, enjoyed working with the staff once recalled from Ontario. Frk took to the black and white nature that McLellan brings to the team. “He’s honest, he’s hard on you because he wants the best for you as well, so it’s fun to play for him.”

Vilardi, who made his NHL debut against Florida in February, was appreciative of the coaches giving him space to just play when he came up.

“For me it was pretty easy because they didn’t say anything, really, they just said go out there and play,” Vilardi said. “That’s what everybody wants to do as a player, I think, and I just go out there and do my thing.” 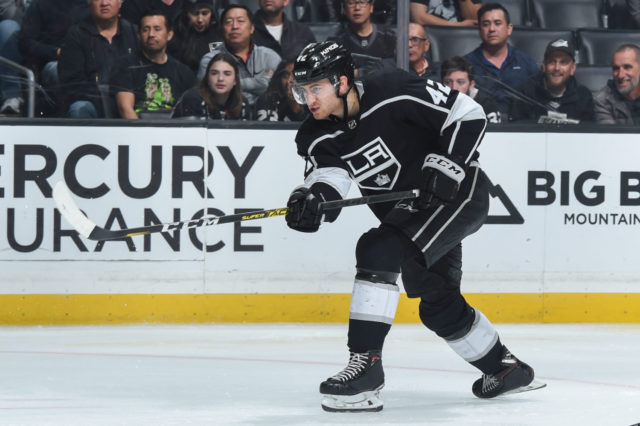 A Good Frk’n Pairing
It’s been quite the road back for Gabe Vilardi. Playing in an organized team setting for the first time since the 2017-18 season, and for the first time as a professional, it was good to be back. Vilardi went from injured reserve to begin the season, to an AHL Top-6 forward, to his NHL debut in the span of three months. A wild ride for a player, who 12 months ago didn’t know what the future held.

“I you’re looking back like a year ago, I wouldn’t believe it,” Vilardi said. “A year ago today, I didn’t know what I would be doing, I was at home doing nothing pretty much.”

While those on the outside insisted on putting a timeline on Vilardi’s progress, he wasn’t having any of it. He embraced being in the AHL, embraced being a part of the Reign, and found a lot of success, as he collected 25 points from 32 games played with Ontario.

“Once I got back to LA, I knew what my goals were,” Vilardi said. “I wanted to get my feet wet almost in the AHL, get better and not focus on when or if you’re going to get the callup, you just want to get better.”

Vilardi’s progression, albeit at a different career stage, seemed to mirror Frk’s resurgence to the NHL. Frk was ultra-productive with the Reign as he skated to Vilardi’s right on the team’s first line. Frk’s 0.62 goals per game with the Reign was the third highest clip in the American Hockey League for those with at least 35 games played, and despite playing in just 37 of Ontario’s 57 games, he led the team in both goals and points on the season.

Frk’s production continued at the next level, starting with a pair of goals in his Kings debut on December 27 in San Jose. While he only appeared in a total of 17 NHL games, Frk’s goal-scoring pace of 0.35 goals-per-game was the highest on the Kings, while in a limited sample size, he ranked amongst the better Kings in offensively driven possession metrics.

“I was lucky enough to play with some good players, they always make it easier for me,” Frk said. “I’ve just got to be in the right spots and hopefully they can find me and I can score some goals. I’m lucky to be with some good players and they also make me better and I make them better too if I can. It was good, the whole year for me.”

Reigning Supreme
All three players were members of the Ontario Reign before making the jump to the NHL. Frk and Vilardi were linemates for much of their time together in the 2019-20 season, and were productive together in both the NHL and AHL.

Frk began his season in the AHL for the first time since 2015, when he posted a breakout, 27-goal season with Grand Rapids.

“I feel like when I was down in the AHL, they trusted me a lot, they played me a lot of minutes and when you play a lot of minutes, you can have good success,” Frk said. “I tried to also work hard and I did what I was told and got the callup with the Kings. Sometimes it takes a long time, but I was really happy. I was doing very well, tried to score as good as I could and eventually I got the callup. They just put me in the right spots to do it, and finally make the next step.”

Wagner spent the entirety of the 2017-18 season with the Reign after he returned from an injury, and played nine AHL games a season ago as he worked to establish himself as a regular with the Kings.

“It’s always a little bit hard coming out of juniors and going straight into pro, but [Reign Head Coach Mike Stothers] helped a lot,” Wagner said. “We had a lot of guys that were down in Ontario that are good leaders, especially back on that team. We had Michael Mersch, [Brett Sutter] was still the captain, we had a lot of guys there, the list goes on, that have played games in the NHL and knew what it takes to be a pro. The best part about Ontario is that everyone is there to help you get to the next level, no one’s there to keep you there. When it comes to Stutts, all he wants to do is help you succeed, he wants you to get to the next level, so he’s hard on you for the right reasons and that’s all you can ask for.”

Wagner also shared that he and Vilardi actually spent a substantial amount of time together in 2017, as both rehabbed from injuries. The then 18-year-old Vilardi stuck with the Kings to rehabilitate in his first season after he was drafted, while Wagner was working his way back from offseason shoulder surgery in advance of his first professional season. “Gabe and I were rehabbing together for five or six months, so we got to know each other pretty well then too,” Wagner said.

Martin Frk on his memories from the 2019-20 season
We were playing well [at the end], we were winning a lot of games, it was going good, but I think it’s better for everyone to take this seriously. Stay at home and we want to make sure we’re all [staying safe]. We’ve been waiting at home for two months and you don’t know what’s going to happen or when we’re going to play again, so right now it gets frustrating sometimes for me, but hopefully soon, whenever we’d start in a couple of weeks or months, hopefully we can get everything done.

Austin Wagner on his first season under Todd McLellan, and the success in February/March
I think it was a different season for everybody with the new coaching staff coming in. Coming in this year at camp [Todd McLellan] established what we wanted to do for the year. In the season as a whole as a group, there were some ups and some downs, but we finished on a high note for now. Like Marty said, we’re just kind of waiting to see what happens. With Todd this year, it was good and I think the new system works and we proved that in the last few games here, last seven games or whatever it was. We finished strong.

Gabriel Vilardi on his extra time spent with the Kings development staff
I think my [situation] is a little bit different than everyone else’s, because I got to spend so much time in LA, but I never really practiced with the team, I was always by myself. I worked with [Craig Johnson and Jarret Stoll] for so many days in the past three years and they’ve helped me a lot, they help everyone out with development skates, watching videos. CJ’s crazy, he’s a hockey nerd. I think I’m a hockey nerd, but he’s way bigger, the guy’s a hockey nerd. He’s sending me videos still about stickhandling, what to do, videos to watch, so it’s cool, but I like that because I’m kind of like that too. It’s pretty cool, they’re awesome and they have good NHL experience, so you listen to what they say and you try to put it into your own game. It’s really good, it’s been very helpful for me.