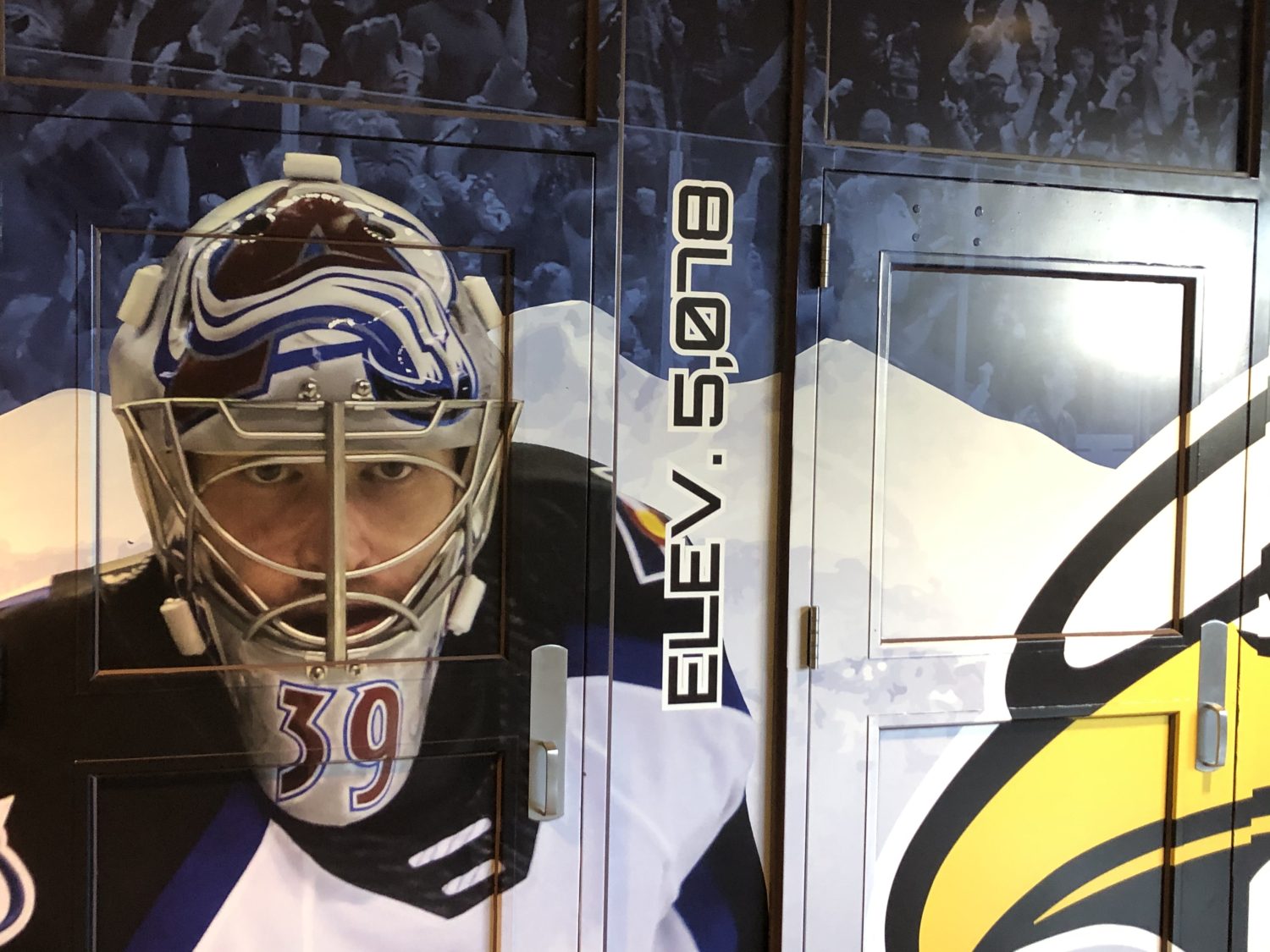 You try to put it out of your mind when you come to Colorado, but it doesn’t help that it’s looking you right in the face as you enter the building.

As visiting players enter their locker room area, you pass right by the number 5,078. Whether it’s by design or not, and I suspect that it is, visiting players and teams are reminded of the altitude of Budweiser Events Center each and every time they visit.

“You definitely feel it a little bit, they don’t just make that up,” Reign defenseman Kale Clague said after today’s morning skate. “When you get out there and take a few hard strides, you feel like you’re sucking a little bit of wind. I think once we get the game going, after maybe the first period, I feel like we’ll be adjusted and we’ll be fine.”

The altitude here is something that Reign players and coaches have spoken on, seemingly every time the Reign have played in Colorado. It’s not necessarily a point of focus, and asking them about it this morning may have just put it back into their minds, but whether you want to dwell on it or not, it’s present.

“We’re trying to not let it get in our heads too much, but obviously it’s there and you’re thinking about it in the back of your head,” Ontario forward Sheldon Rempal said. “I think, after the first period we should be fine, the first couple of shifts.”

The first period theme was common from both Clague and Rempal, alluding to how long it takes them to settle in and adjust. The problem with that is how hard the Eagles come out on home ice, and how fast they seem to be when playing at home.

“This team likes to come out fast in this rink, they like playing here and they’re a fast team and I think every time we’ve been here, we’ve been caught a little bit off guard with the way they can skate and the way this building goes,” Rempal said. “We’ve just got to be aware of that.”

Clague put the emphasis on shorter shifts, making sure that you’re not getting caught on the ice for extended periods of time, especially in the defensive zone. It’s that length of time on the ice that can really wear you down and makes it harder to play in Colorado, especially if you’re taking penalties.

He noted that he doesn’t necessarily take any different precautions when playing away against the Eagles, but feels that taking quick shifts are especially important here.

“I don’t prepare any differently, I just prepare the same way, just short shifts I guess, short and hard,” Clague said. “If you get extended, it’s going to be a long night, but if our shifts are short and hard we’ll be fine.”

Stothers said this morning that he and the Reign staff have made the players aware of the altitude, and being Ontario’s second trip to Colorado, they probably already knew. Though it is a point to touch on, it won’t be an excuse for the Reign, nor will it be what is being harped on as Ontario prepares for a massive set of games here against the Eagles.

“It is definitely an element, but we don’t want to spend too much time and focus on it,” Stothers said. “We’ve made the players aware of it. The importance of going hard but keeping the shifts short, don’t overextend yourself and we can also help ourselves by staying on the ice here tonight and tomorrow, not giving them too many special team situations. “When you’re killing penalties, it really fatigues a team.”

The Reign enter tonight’s action with a 1-4-1 record all-time in Colorado, and 0-3-0 in the front half of back-to-backs at Budweiser Events Center. Ontario has been outscored 15-3 in their three first games, all defeats, but has bounced back to a 1-1-1 record on the second night, including its first ever victory here back in November.

The Reign have fared much better on night two, but with the playoff race where it is, there’s no time to lose. The team can’t afford to throw a game away with an adjustment period, and knows that it needs to battle hard tonight against the Eagles, including the altitude and crowd elements.

Rempal agreed that the atmosphere here is like one found in college. Budweiser Events Center is one of the AHL’s smallest buildings, and also one of the noisiest and most packed. Colorado averages 5,211 fans per game, in an arena that has a listed capacity of 5,289 for hockey, good for a 99% filled rate….might as well be a rounding error as the team sells out nearly every night.

Ontario can expect to see two more capacity crowds this weekend, but Clague feels that he and his teammates are prepared for what is to come in a massive pair of games for the playoff push.

“We know they’re going to be loud and we know they always seem to fly around in this building,” Clague said. “We’re ready for that, we know what to expect, and we just have to get off to a good start and I think we’ll be fine.”