Wednesday’s game was absolutely the type of game you want to see some 64 games into a difficult season. It wasn’t particularly alluring, but the 1-3-1 was opaquely effective, and for the better part of 60 minutes, a last-place LA Kings team checked the hell out of a Pittsburgh team that generates much of its own danger off the forecheck, leading to cycle opportunities down low. The checking, coupled with a sound game devoid of superfluous mistakes, reduced the number of odd-man rushes generated by the opposition and minimized the time elite scorers and playmakers spent with the puck in dangerous areas. The Penguins took 36 shots and generated decent opportunity from close range on an excellent Cal Petersen who didn’t allow many second or third looks, but credit an L.A. group effort for sawing off Pittsburgh’s top offensive options, winning the special teams battle and banking on a late-period second period goal that went against that period’s run of play. For the Kings to win – and they’ve been winning a little bit, going 4-2-1 in their last seven while holding leads in all but one game – they need basically all of these variables working in concert. When that happens, they can beat anyone. 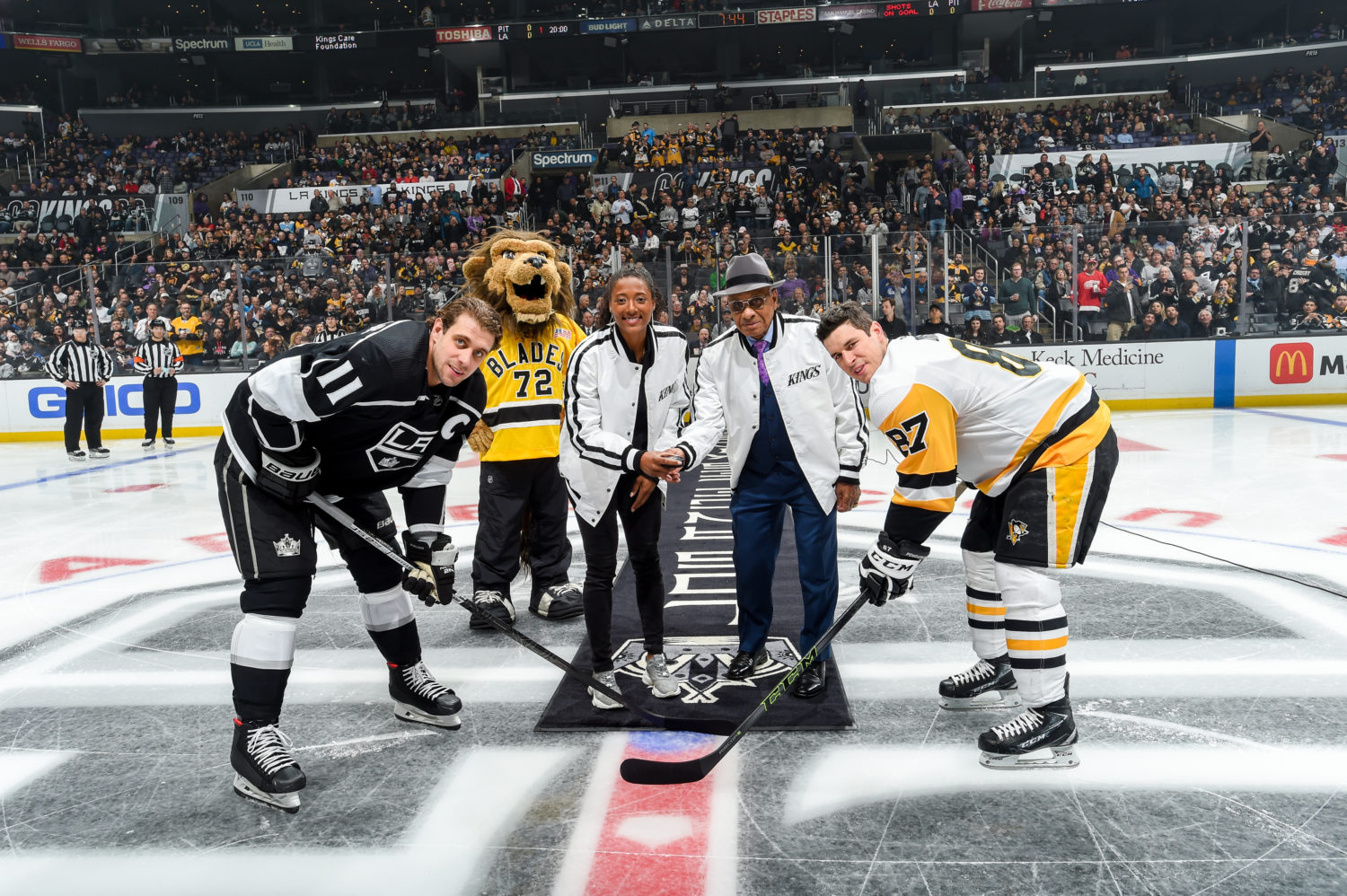 A new chapter was entered into the book of work affording Rob Blake and Todd McLellan a clearer picture of who can help this team before their top young prospects get up to pro speed. “I don’t want to call it a ‘tryout,’ but earn your spot,” McLellan said last week of how the final 22 games could impact next season. The players are aware of what he’d said, even those who weren’t mentioned by name – like Cal Petersen. “They’re not going to babysit me, they’re not going to hold my hand through this. It’s more so just, ‘you’re going to get an opportunity to play,’” Petersen said. “…It’s obviously like a tryout, as Todd mentioned, for us young guys going forward. I think it’s a tremendous opportunity and it’s a good part of the season despite where we are in the standings.” Some of those mentioned by name stood out amidst the star-studded field. Blake Lizotte was matched against Evgeni Malkin, and though the Penguins star earned a third period assist after Drew Doughty – among several other responsible actors involved in the game’s only costly turnover – hesitated and retreated and passively swatted at a puck but did not remove it from Patric Hornqvist, the two teams finished even in shots while both Lizotte and Malkin were on the ice in five-on-five situations. “He’s such an elusive player. You’ve always got to be aware of where he’s at. He kind of has that McDavid factor. If you lose him for a second, it’s a Grade-A chance against,” the 5-foot-7 Lizotte said after the game. The stats align with the eye test: Lizotte and his linemates were very good early and among those most responsible for keeping Pittsburgh’s stars away from the L.A. net through the first half of the game. That’s a good night at the office for someone who scored on a power play deflection and finished tied with a game-high three shots on goal. 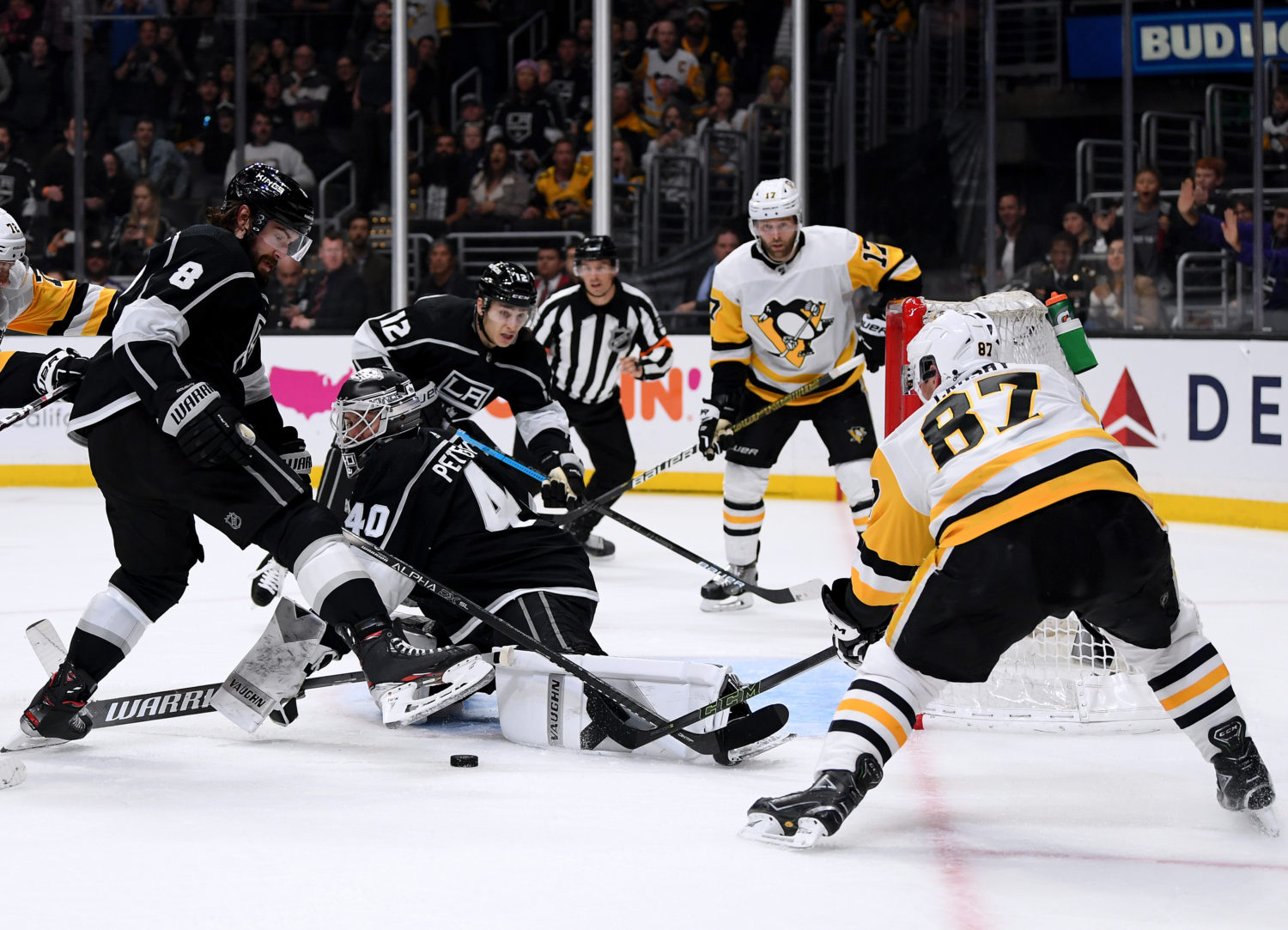 It’s not just Lizotte. Matt Roy is no longer Steady Eddie, he’s Jack the Ripper, and his aggressiveness is coming to light with his additional confidence and responsibility. He played his 19th 20-minute game of the season last night, which included 5×5 match-ups against the Malkin line and three penalty killing shifts in which the Penguins didn’t register a shot on goal. He blocked three shots and logged two hits, which counts the run he took at Brandon Tanev which was responded in kind with a retaliatory but perfectly legal hit by Tanev at the very end of the shift before returning to his bench with a dark cloud over his head. He’s a +10 on a team in which Ben Hutton’s +1 ranks second. As for the secondary stats, he basically leads active Kings in all of them, including CF% (57.1%), CF%Rel (+4.9%), xGF% (57.6%) and xGF%Rel (+7.3%). He debuted on February 16 last season and despite some shakiness early in 2019-20 hasn’t come out of the lineup since, appearing in 89 straight to begin an NHL career that should remunerate him quite well. He’s not really battling for a role next season, he’s firmly in next year’s group and looking to expand it. 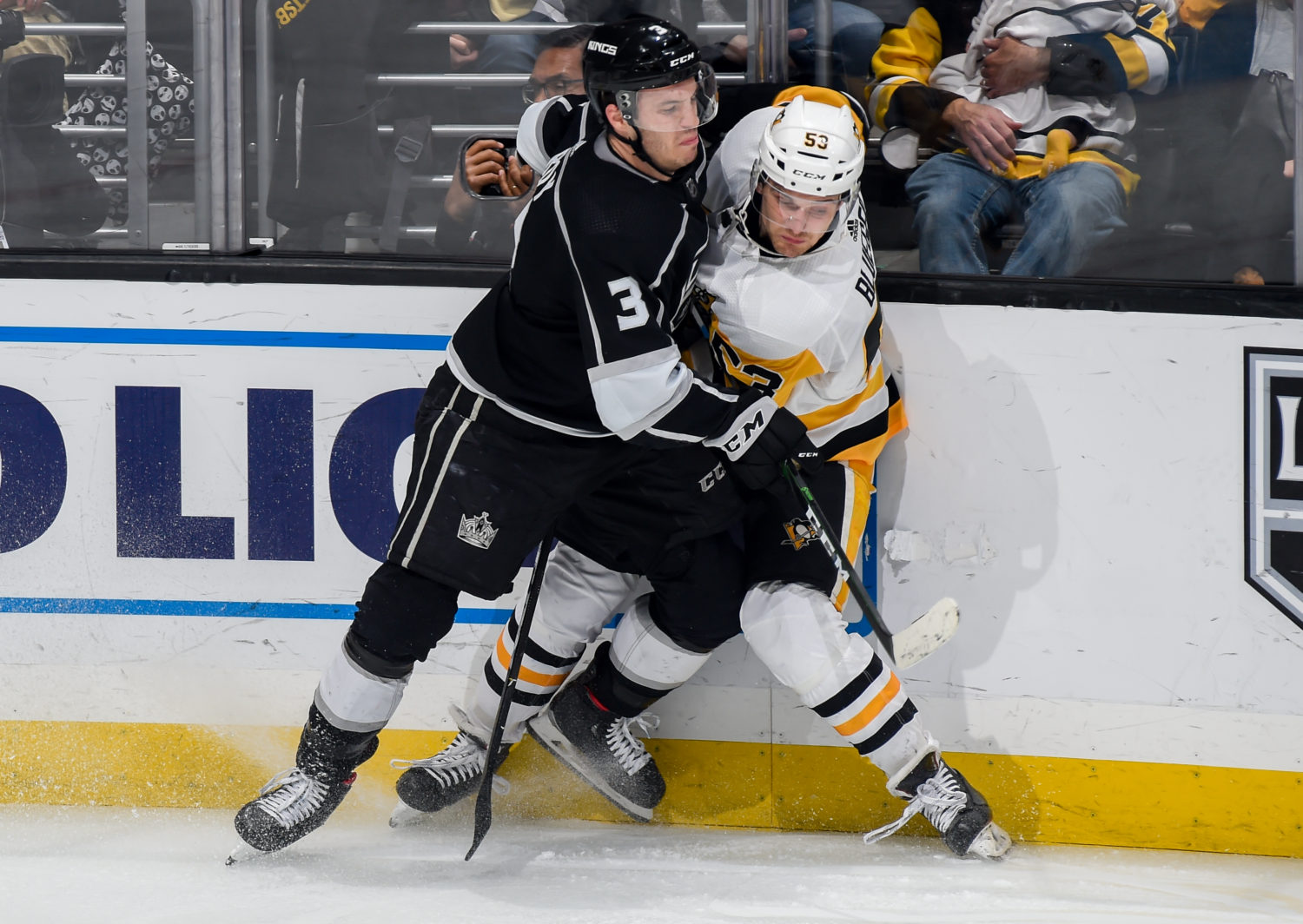