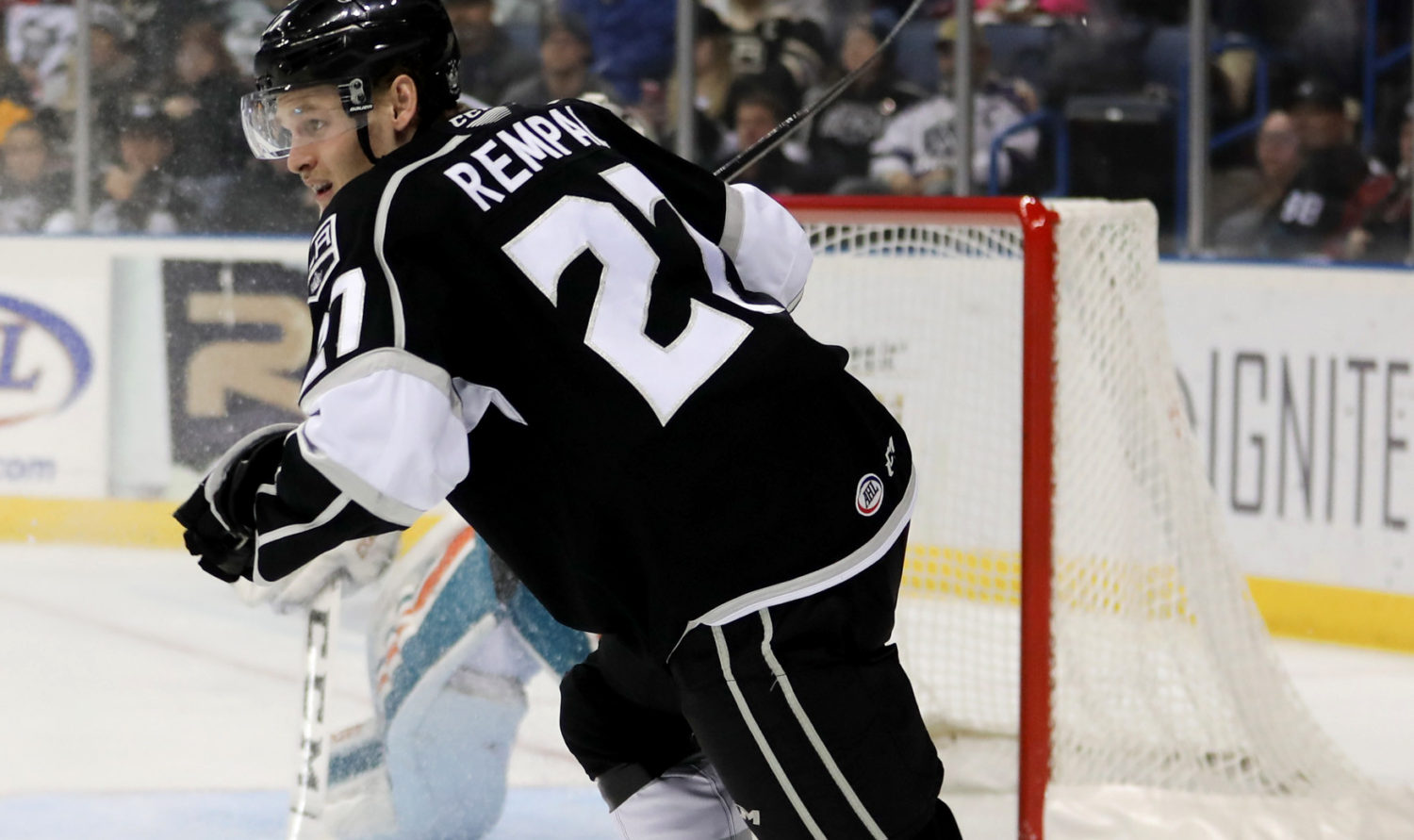 TONIGHT’S MATCHUP: The Ontario Reign conclude their week with a Sunday afternoon matinee against the San Jose Barracuda. Ontario enters tonight’s action off of a hard-fought, 2-1 overtime defeat on Friday evening against Colorado.

WHAT TO WATCH FOR: Just a small group of skaters this morning in El Segundo for the Reign, with both goaltenders, along with defensemen Daniel Brickley and Sean Durzi on the ice. Expect a return to a 12-6 alignment for Ontario, with Drake Rymsha looking to return to the lineup after he was recalled from Fort Wayne on Thursday,

PLAYOFF PICTURE: After the 2-1 overtime defeat against Colorado on Friday, Ontario fell to four points behind the Eagles in the Pacific Division standings, increased to six after Colorado’s comeback win yesterday. With San Diego’s win last night over San Jose, Ontario fell to fifth in the standings by a single point. The Reign are currently in a stretch where it faces the two aforementioned teams eight times in a span of 17 games, including the past two games against Colorado.

CLOSING THE GAP: Over the last 15 games, Ontario (10-3-2) has played its best hockey of the season, but the team it’s chasing in Colorado (10-5-0) and the team chasing it in San Diego (10-2-3) have been strong as well. In contrast, the Reign have gained 10 points on division-leading Tucson (5-8-2) and eight points on second-placed Stockton (6-7-2) over the same stretch, and now just eight points separate the top five teams in the division.

WORKING OVERTIME: In another bizarre statistic, for a team that seems to possess a large amount of them, Ontario fell to 0-5 in games decided in 3-on-3 overtime at home, as opposed to a 5-0 record in those games on the road. The Reign sit at 5-5 overall this season in games decided in overtime, and 6-6 in total in games that extend past 60 minutes. Ontario leads the AHL in road-overtime wins, and is one of six teams without an OTW on home ice.

BETTER CALL PAUL: Ontario defenseman Paul LaDue scored his team’s lone goal on Friday, a late goal on the man advantage to tie the game at one and force overtime. LaDue has been on an offensive tear as of late, with 12 points (4-8-12) over his last 13 games played, including an active four-game point streak. The veteran defenseman, who is +4 over that span, has paired with rookie Tobias Bjornfot on the Reign’s top pairing this season, read more on that duo here.

DYNAMIC D-MEN: Reign defenseman Kale Clague tallied an assist on LaDue’s power-play goal, his 14th helper of the season. Clague has six points (2-4-6) and a +5 rating over his last eight games played, and tied with LaDue and defenseman Austin Strand for the team-lead in goals by a defenseman (8) this season. Ontario is one of two teams, along with Charlotte, to have three defenseman with at least eight goals scored this season.

A SIGN FROM ABOVE: The LA Kings announced a pair of signings yesterday, as goaltender Kevin Poulin, previously on a PTO with Ontario, was signed to an NHL contract, while forward Martin Frk was inked to a two-year extension. Poulin is 1-0-0, as he made 31 saves in a 6-3 win over Colorado on 2/16, while Frk is Ontario’s leading scorer with 23 goals and 36 points from 37 AHL games played this season.