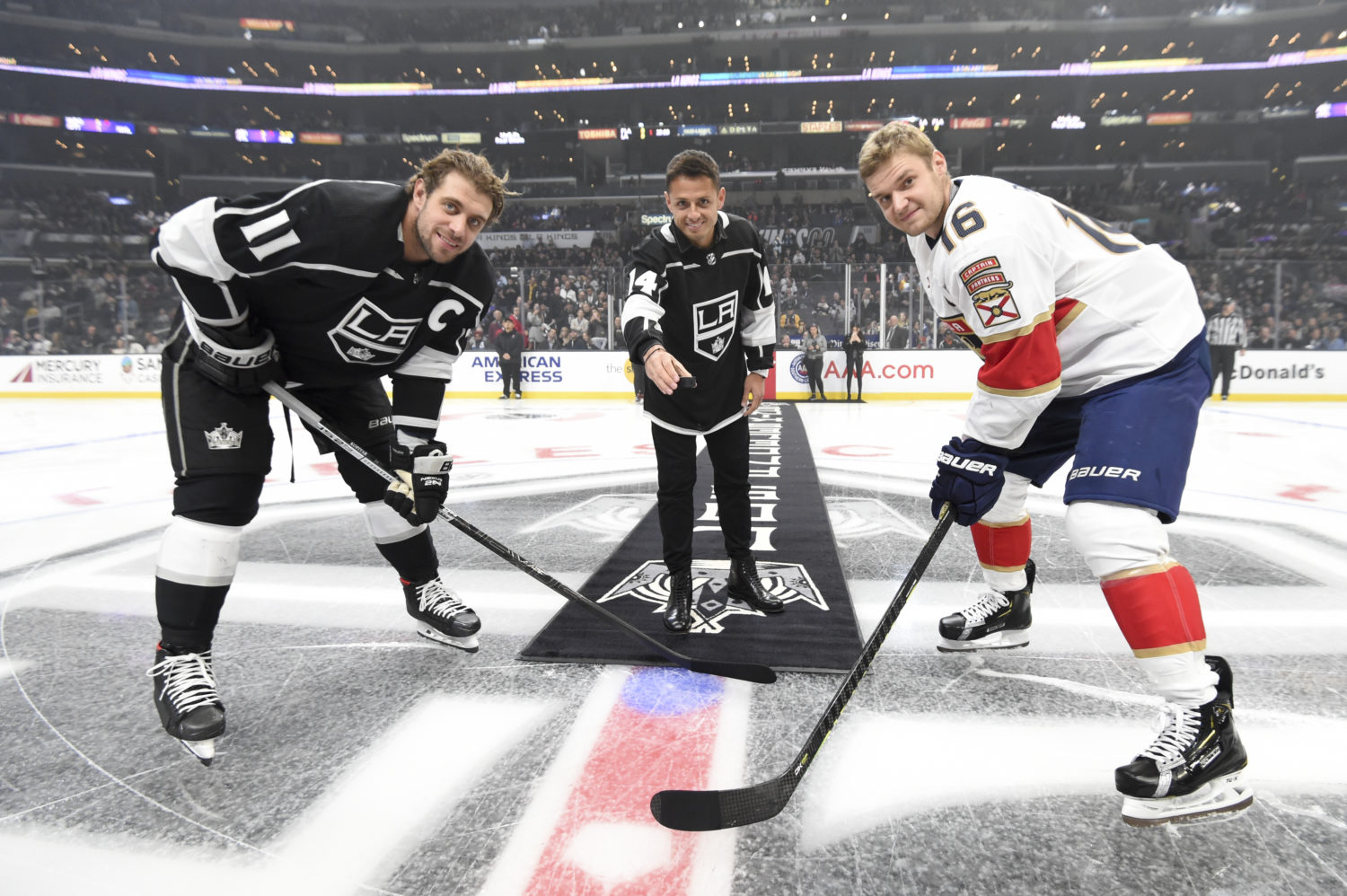 Todd McLellan, on the feeling as a coach when a young player scores 10 seconds into his debut:
Well, it’s not so important how it makes me feel, it’s how it made the team feel. First of all, they were excited that he got called up. They know his story, they know his struggle to get back healthy and the work he’s put in. To have him play tonight, everybody was excited for him. To have him score eight, 1 0 seconds in was remarkable. The enthusiasm was contagious. I thought we carried over with it and played after that. So, a good spark. We needed it, and great for the kid. I’m so happy for him.

McLellan, on winning three of four during a challenging time mentally:
We have won different ways. We checked our way to a win at the outdoor game, tonight we were able to score our way into a win and that doesn’t happen very often for us, obviously. The fact that we gave Quickie five goals to work with was important. The power play clicked, each of the lines found ways to contribute. As I said, in Colorado Springs it was a really good team win. Tonight you could say the same but it was a completely different game.

McLellan, on different players contributing on the score sheet:
We’re at that phase now where the next layer has to step up and contribute, and the players that have come up from Ontario and into the lineup clearly have showed to this point that they’re ready to go and they understand the structure, that they’re competitive like we thought they would be and they’re excited about being here. They give us a little spark, a little jolt of enthusiasm which we need at this time of the year, and for as much as they help us out, we’re excited for them as well. So, it’s a good mix right now, something our team clearly needs.

McLellan, on what Gabriel Vilardi did best in his debut:
For me, it was his calmness. I think he was nervous. I don’t know if he would tell you he was nervous, but he played like a calm player. To go 80 or 90% in the faceoff circle to begin with, that’s one of the most competitive areas of the game. He handed himself well there. He worked himself into positions on the ice that he needed to get to calmly. Sometimes I think when a player starts his career out he’s just flying all over the place without any type of purpose. Gabe had purpose in all of his shifts, and he did a good job. I have to say too that we had another guy in the lineup for the first time in Schaller and he played a really strong game, too. Gabe does deserve the attention, but we’re a team, and Tim definitely found his way onto our team and did a good job, as well.

McLellan, on Gabriel Vilardi always being around plays on pucks:
Yes. It wasn’t a surprise to us. We believe it can continue and actually get enhanced as it goes on. But his IQ, his sense of time and space and arriving into that time and space was really good tonight and we think that will continue on.

McLellan, on whether he minds playing “fun games” that end 5-4:
No, I thought our guys need to have fun. The fans that come to the rink have to be entertained and goals are entertainment. I think there’s nights where they probably say, ‘well, the coach is a lunatic, he wants them to check their way to a win.’ But we have to do what we have to do to win, and a lot of night’s it’s checking. Tonight we checked and found ways to score goals, so I’m happy for our guys. Would we like to tighten up the defensive part of it? A complete giveaway on the first one – we can fix that. Hoffman bats it out of the air – very reminiscent to the Shea Weber goal early in the year. I think we can repair that. And in that case then we’re giving up two and we only need three. But that’s the direction we’re going, and we want to be a fun team to watch. We want the players to have fun when they’re playing – and a lot of that is offense – but we’ve got to play on both sides of the puck and we’re learning to do that right now.

McLellan, on Vilardi’s NHL upside:
I can’t answer that, really. It wouldn’t be fair for me to either undersell or oversell him right now. I don’t know. He’s obviously a talented young man. He’s had that in his toolkit for a long time or he wouldn’t have been picked where he was, and I think many in the hockey world had written him off. There are some that didn’t – most importantly himself – and then the support people around him probably secondly, and then the organization third. All three were important in his recovery. I glanced over at him during the anthem almost at the end, and he kind of just smiled at the end, and I wondered to myself, ‘what are you thinking?’ a lot of us were lucky enough to play at least one game in the league, and I reminisced to my situation, Jeff Carter was talking about his first game when I walked in, so great for him. Now, get ready for the second one. That’s how fast it happens. Tomorrow’s going to come, we’re going to work on things in practice, he’s going to go put his head on the pillow, he’s got to get up and do it all over again, and that’s when you really become a good player is when you can reproduce your efforts night after night.

McLellan, on whether he was tracking Vilardi as soon as he got on the ice:
Well, it was in the middle of a change early in the game, trying to figure out what their rotation is going to be, kind of looking at their bench and before you know it, it was on his tape, it was in the net and everybody was happy, so I wasn’t tracking him at all.