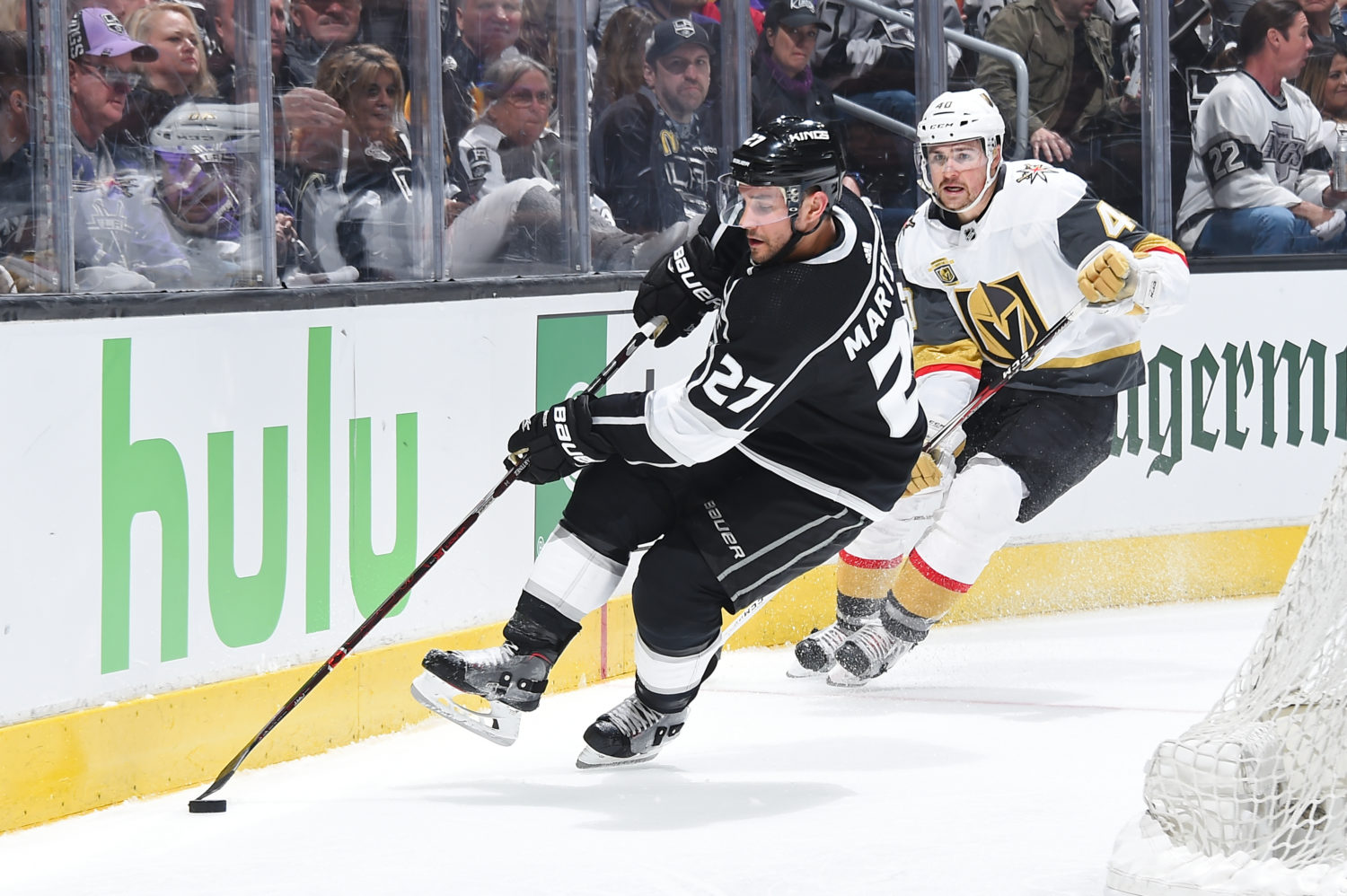 The two second-round picks include Vegas’ in the 2020 NHL Draft and St. Louis’s selection in the 2021 NHL Draft that was previously acquired by the Golden Knights.

“Alec has been an important part of the organization for a number of years and was a key member of our Stanley Cup teams,” said Blake. “We thank Marty for everything he’s done for our organization, our fans and our community.”

Martinez was a fourth-round pick (95th overall) by the Kings in the 2007 NHL Entry Draft and has played his entire career with LA. The Rochester Hills, Mich. native has appeared in 597 NHL games posting 198 points (62-136=198) and a plus-23 rating. He was a member of both the 2012 and 2014 Stanley Cup Championship teams, highlighted by his overtime Stanley Cup clinching goal in Game 5 against the New York Rangers in 2014.

This is a developing story. More to come throughout the evening.