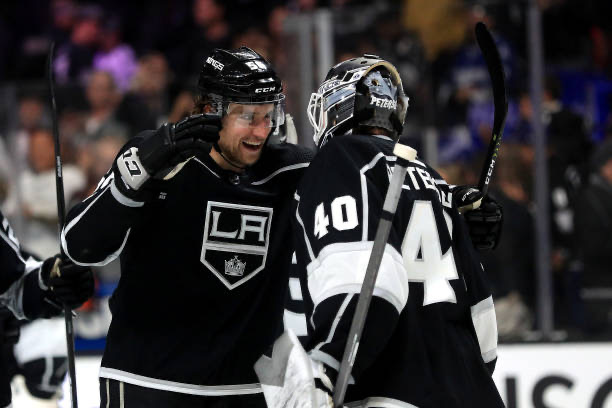 Several reporters converged on the elevator bank atop Mt. Staples on Thursday after a scoreless first period. Two of the reporters were Calgary-based; the other, rogue and handsome, an Angeleno. The Calgary writers were of the opinion that the first period’s spectacle didn’t quite rival an Oliver Stone film, yet the L.A. writer, an illuminative beacon of halcyon thought, disagreed. “WOW! THAT FIRST PERIOD! THAT WAS THE BEST PERIOD I’VE SEEN IN WEEKS!” But before we’re done with the jokes, one last bit of ephemera: In an overall entertaining game, perhaps the most fascinating moment was Austin Wagner getting in two odd time-signature jabs to Mikael Backlund’s ear and jaw while both were carrying on a conversation with the linesman. Hockey is a beautiful game, and that was, in a way – and I say this without any favor or influence and with complete sincerity – a fascinating piece of performance art. 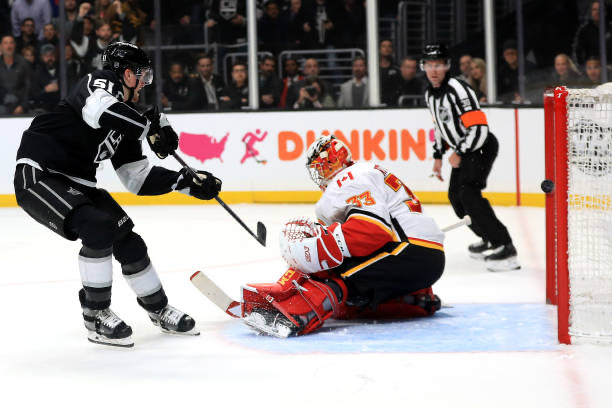 With a balanced attack comprised of contributions beyond the boldfaced names, this was the type of performance the Kings have sorely needed and haven’t generated consistently since the game in Vegas five weeks ago. It also featured Kurtis MacDermid’s first career Gordie Howe Hat Trick, punctuated with a festive but subtle stick twirl. (After the game, he shared that he wished he hadn’t celebrated that way, but, hey, goal scorers celebrate goals.) Even though the pugilism attracts the most attention – he did record his first NHL suspension earlier this year – MacDermid is very largely an honest player, one whom has developed a healthy “mutual respect” with Sparring partner
Milan Lucic, whom he described as a “tough as nails.” He occupies a role that’s among the most physically punishing in all of sports, but he’s added on layers that make him more than a fighter and someone who fills a spot in the lineup. He’s a rapt student, an excellent teammate and someone whose attitude and work ethic have allowed him to claw and scratch out a wider opportunity that’s added on a few extra layers even amidst the skill crescendo across the league. Still, the theatre of another Lucic bout was enjoyed by all – and particularly the combatants themselves. “Obviously I have a ton of respect for him. He’s been doing it for a long time and I’ve watched him a lot,” MacDermid said. 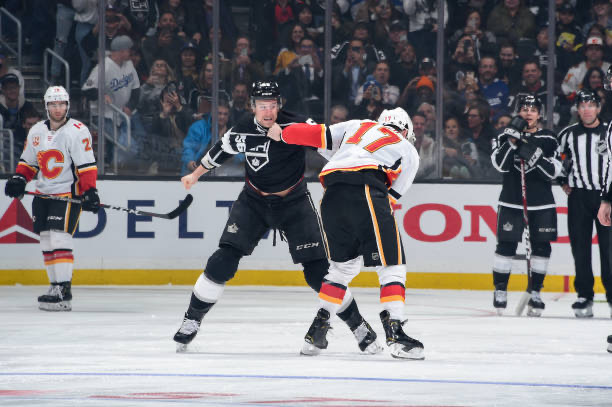 A serious question: Has Matt Roy been the Kings’ best defenseman this season? I was asked that this morning, and my immediate reaction was to say, “Phooey!,” but regardless of the criteria used in any evaluation, Roy right now is the player on the team, or the defenseman, at least, playing to the widest degree past what was expected of him at the start of the season – and there were fairly high expectations to begin. Los Angeles isn’t yet above the water level in penalty killing, but his presence on the 5-on-3 kill was exactly what the team was missing during a much more passive kill a season ago. Roy, Anze Kopitar and Alec Martinez immediately provided pressure after Calgary won the draw, which denied easy looks into dangerous areas and kept the puck towards the perimeter. He also shook the boards with a few big hits early in the first period, but that’s not necessarily his calling card. It’s his positioning, his stick work and ability to get in shooting lanes and leverage himself to be able to win loose pucks and make plays on them in one fell swoop. “It’s very easy to talk about him and his play,” McLellan said. “Nothing flashy, but so, so valuable to our team.” 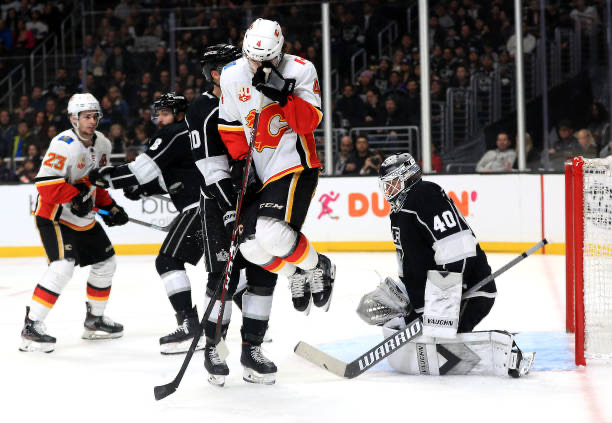