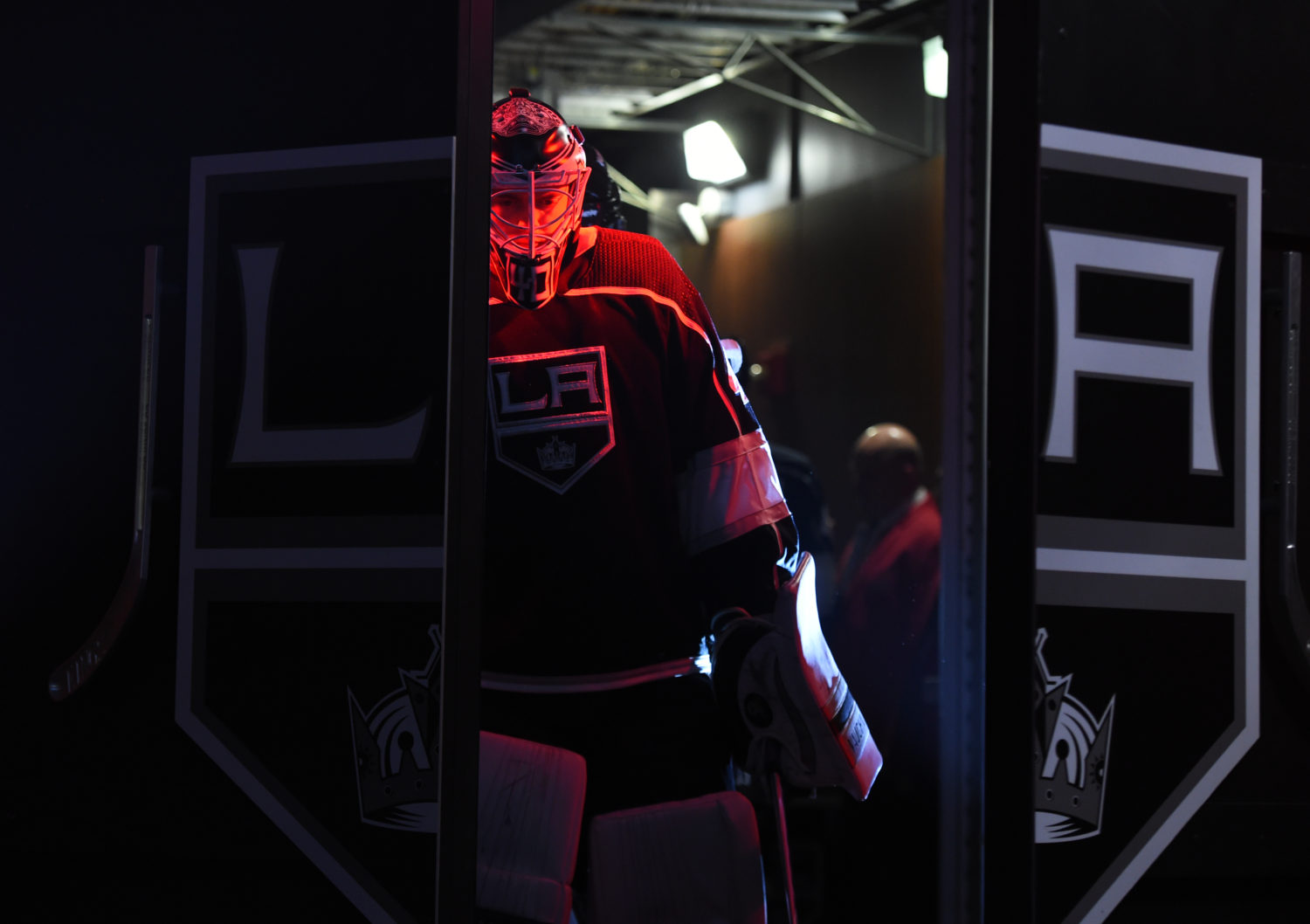 INSIDERS. One last set of notes and quotes before we kick off tonight’s 7:00 p.m. nationally televised game against Calgary. As shared earlier, Cal Petersen will start. “The plan is to play him tonight and we want him in a situation where he feels good. His first game was a good game. He got no run support at all,” Todd McLellan said.

McLellan also referenced Petersen getting heavy playing time earlier in the year in Ontario without much rest and that he’s capable of being worked into a regular rotation in the NHL. “Then we’ve got to keep Quickie alive, so there’ll be a bit of a balance. We want him confident as the year continues on, as much as we can,” McLellan said.

More from today’s pre-game media availability, and oh yeah, by the way, the players call Carl Grundstrom “Tonka” now. Add that to “Stick” and “Juice” among “interesting nicknames that aren’t simply an ‘s’ or ‘y’ added to the players last name.”

Todd McLellan, on Martin Frk’s recall and Carl Grundstrom’s assignment to Ontario:
Well, one’s put the puck in the net, and the other’s worked really hard, and we’ve got lots of hard workers right now. We need some scorers. Marty has continued to do it down there. We’ve got to look for somebody that can do that. He’ll get power play time, he’ll get top-six minute time, and let’s find out if he can do it consistently here.

McLellan, on whether Frk “fell off” after a promising start with L.A. earlier this season:
Yeah, he fell off a little bit. Timing for other reasons, too. Marty’s been with a couple organizations in the past and he’s never lost his shot and he’s never lost his ability to find the net, especially at the level below us. It’s got to translate consistently up in this area here, and we’re looking for him to do that now.

McLellan, on a message for Carl Grundstrom:
Well, work on your game. You’re effective at times, and there were other times where there’s not much going on. He’s more valuable there playing minutes than potentially sitting out. I think back to my time with the Red Wings and one of the guys over ripe in the minors, and if they were up here sitting, I’m not sure how good that is yet. We’ve got guys sitting here, but not everybody can go down. We need enough players to play up.

McLellan, on Carl Grundstrom’s production immediately after his recall last season:
I know that he scored four goals or something like that in five games, right off the bat, and that was his first series of NHL games and he was successful, he was confident. After that, it dried up a little bit. He became probably Carl that we know Carl right now. I don’t think that we should be looking for Carl Grundstrom to score our way into the playoffs. It’s unfair to him. It’s not what he’s here for, but he’s got to find a way to contribute a little bit, and there are some other things that he’s got to do well. He has the nickname Tonka for a reason, and he’s got to use that body and get involved and create opportunities for other players, too. So, I could see your train of thought. He was on fire, yeah. A lot of guys score in their first few games and then reality sets in.