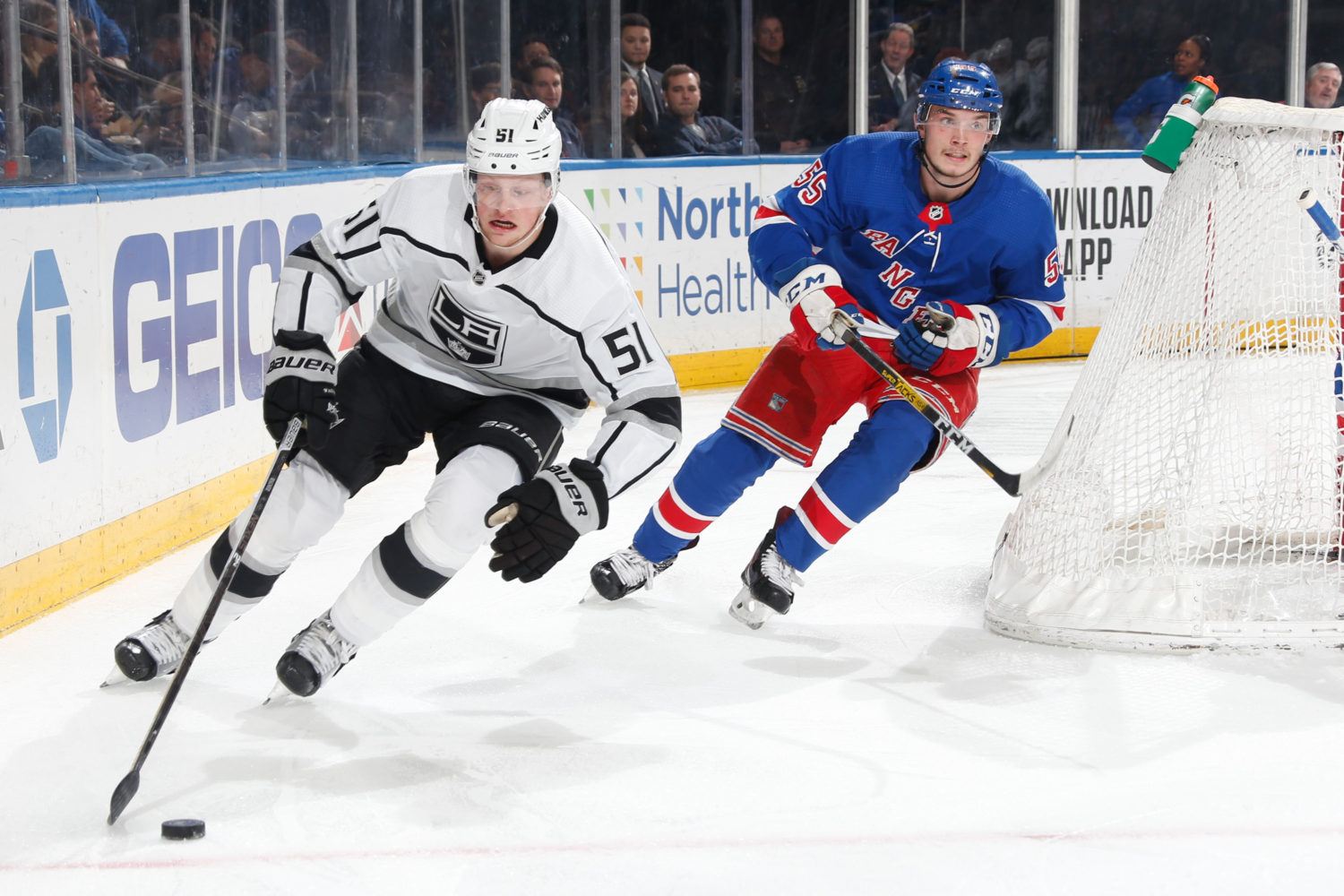 Todd McLellan, on the challenges in the loss:
I didn’t mind our game tonight, quite frankly. … Our play was pretty good. We’d like to have the first one back, of course. We didn’t want to start that way. But a one-goal game until about two minutes left, we’ve got to gamble a little bit at the line, they make a really good play and it’s in our net. So we made a few mistakes, mistakes we created in the other end. Again, we’re having trouble finishing. There were a number of ‘em. Their goaltender played well. But it’s kind of the same script that we’ve seen many times. If you’re comparing it to the game last night in New Jersey, I like this one a lot better than there. We had a lot more players involved. There are some things that we can look at and accentuate as doing well and there’s other things we still need to work on and improve on. It’s kind of the same story over and over again, but that’s who we are and that’s where we are.

McLellan, on Trevor Moore’s goal created off speed from his line:
That line should have that element. There are three guys there that can skate and they have a tenacity. If they get to the point where they get some polish in and around the net they’d be very dangerous because they do create chances. They haven’t given up much over the last little bit. It’s just that finish part. Sometimes it’s experience, sometimes it’s working on certain skills, but as we move forward, we’re going to need them to produce.

McLellan, on a strong Jonathan Quick performance:
Yeah, I thought both goaltenders made tremendous saves. At the end of the night I don’t know if the shots were even. The chances, probably even. I don’t know Grade A, Grade B, but pretty even both ways, so it was a good night for both goaltenders. Both had to stand up and make big saves for their teams at certain times.

McLellan, on the breakdowns resulting in Kaapo Kakko’s goal:
Well, we turned out back on the puck. Pretty good positioning, but we’ve just got to be able to see the puck. Juice – or Kempe for those of you that don’t know his nickname – he was aware of it. We did it early in the first period, as well. Iafallo turned his back on the puck and Quickie had to make a really good save. So, mistakes that we’re making that are costing us, but they’re fixable and we’ll work on it and hopefully we’ll get better in that area.