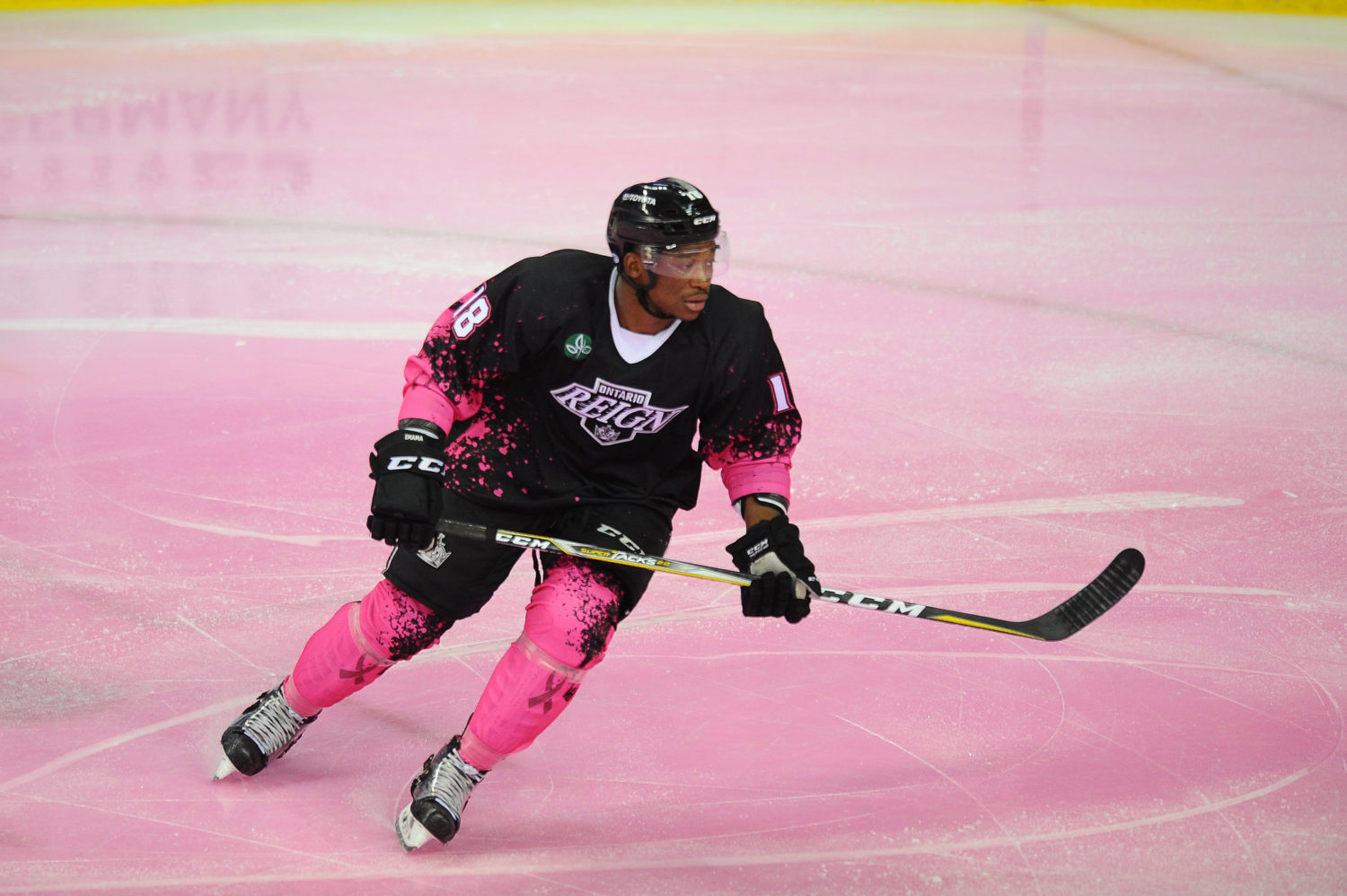 TONIGHT’S MATCHUP: The Ontario Reign return home for Pink in the Rink at Toyota Arena, with the division-leading Tucson Roadrunners in town. Ontario extended its winning streak to six games, with a 10-3 win over Bakersfield yesterday evening.

FOR THE RECORD BOOKS: With the convincing 10-3 win over Bakersfield, Ontario set a pair of franchise records. The 10 goals scored were the most in a game in AHL franchise history, while the five goals scored in the first period were the most the Reign have ever scored in a single period. Ontario became the second team in the league this season to reach 10 goals, joining Colorado from December 18.

MARTIN FOURK: Ontario forward Martin Frk set an AHL career high with four points (2-2-4) in yesterday’s victory. Frk also tied his season and career highs for goals in a game, and tied his season high for assists in a game. Frk is now tied for fifth in the American Hockey League with 23 goals this season, and has scored at a point-per-game pace with 36 points (23-13-36) from 36 games played.

ON THE PLUS SIDE: Frk, and Reign defenseman Mikey Anderson, led the way for Ontario yesterday evening with a +5 rating each. The pair of Reign players were one additional plus off of the AHL-high this season, set by Stockton’s Alan Quine, who was +6 on December 27. Overall, 15 of the Reign’s 18 players posted a positive rating, no one was negative and 11 players were +2 or better in the win.

MULTI-POINT MEN: Led by Frk’s four points, Ontario got multi-point efforts from seven different players in the win. Forward Gabriel Vilardi scored twice in a game for the first time in his AHL career, as a part of a three-point night, while forwards Matt Luff and Boko Imama each tallied a goal and an assist, with Imama completing the Gordie Howe Hat Trick with a fighting major as well. Anderson, along with forwards Brett Sutter and Blaine Byron, each collected two assists.

POU BEAR: To replace Cal Petersen, who was recalled by the Kings on Wednesday, Ontario added goaltender Kevin Poulin on a professional try out. Poulin has appeared in three AHL games this season with the Grand Rapids Griffins, and posted an 0-2-1 record, a .915 save percentage and a 2.22 goals against average. Poulin has appeared in 50 NHL games, all with the New York Islanders, in his NHL career, and has seen time in 188 AHL contests with Grand Rapids, Stockton and Bridgeport.

SCOUTING THE ROADRUNNERS: Tucson has struggled as of late, with an 0-5-1 record over its last six games. Despite the losing skid, the Roadrunners still sit atop the Pacific Division with 58 points, though they have been passed in winning percentage by the Stockton Heat. Tucson has been led by forward Brayden Burke, who tallied 11 points (2-9-11) from 10 games played during the month of January, and is a point-per-game on the season with 42 points (17-25-42) from 42 games played.