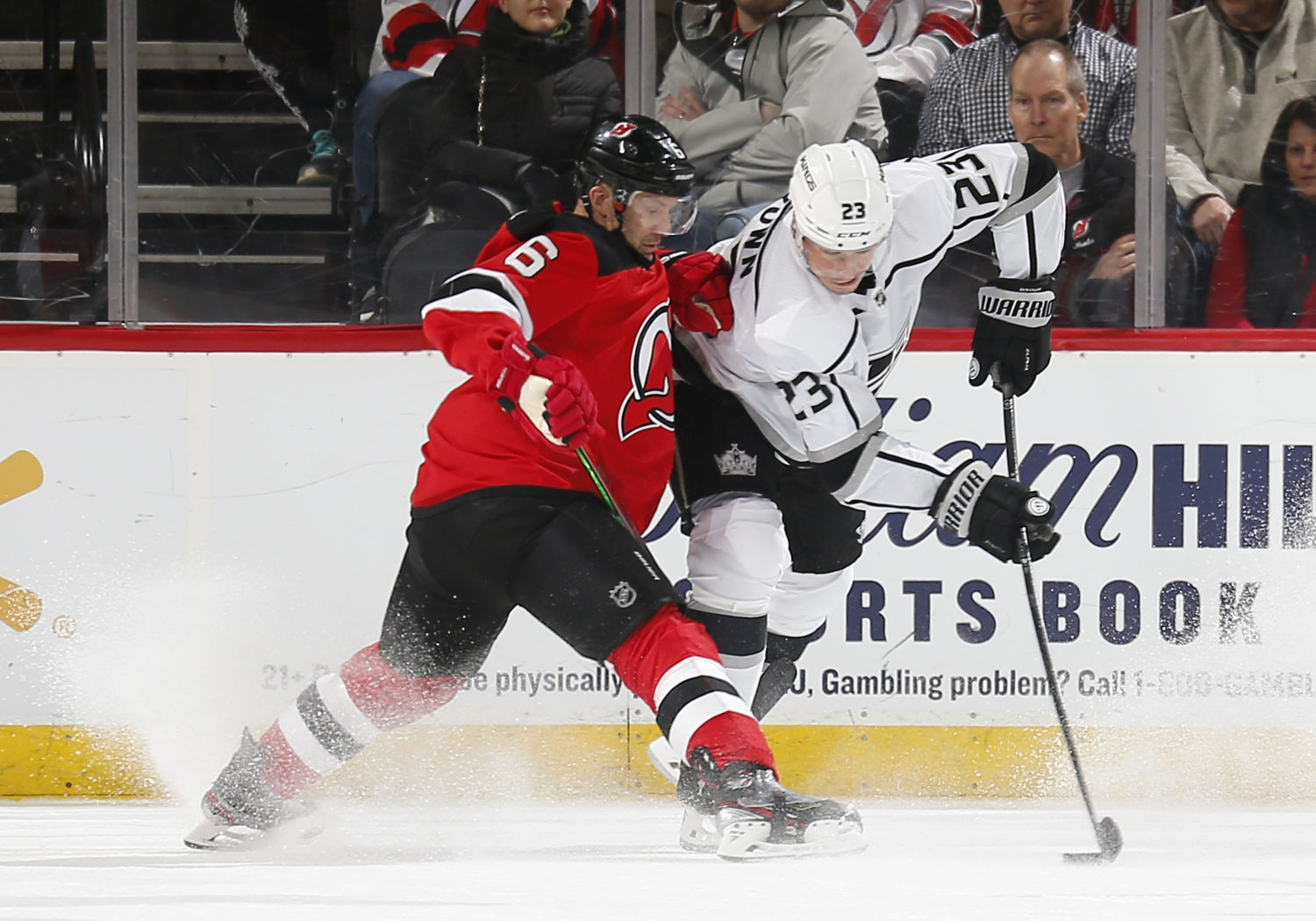 Todd McLellan, on the team’s performance in the loss:
Indifferent, really to tell you the truth. A lot of vanilla from a lot of guys, and obviously the lack of offense comes back to bite us. We’re desperately searching for some help offensively. A lot of players have played a lot of games here lately, and they haven’t hit the scoresheet or even the chance sheet, so you can’t just play in the league, you’ve got to find a way to contribute and to compete in the league, and we need some guys like that right now. It can’t always be Kopitar, it can’t always be certain guys that do all the scoring, and we’re not a strong enough team to prevent goose eggs every night. We’re going to need some offense from guys and we didn’t get it tonight.

McLellan, on Cal Petersen:
We were quite happy with his play. Didn’t give up much in the first although the chances they got were some Grade-As. They had a breakaway and he made some really good saves. Even on the goals, I don’t think we can fault them on any of them, so he had a really solid night for him coming in. It’s like a pitcher. You can almost throw a perfect game but give up one run and lose. You need some run support, and we didn’t give it to him.

McLellan, on what he saw from Trevor Moore:
Energy, darted in and out. I thought that line kept some forechecking opportunities. They had some chances. Not a lot of polish there again. Those are the type of players – Lizotte, Wagner – that I’m talking about early in the interview. It’s great that you’re in the league, but you’ve got to find ways to contribute. They get enough offensive time, they get time on the power play, they get offensive chances, it’s time to put a few of them in. That’s not at the cost of going the other way and it’s certainly not at the cost at letting any of the other players off the hook. We still need Kopi to do that and some others. We’ve got to find some depth scoring, and that’s where it’s lying right now – Amadio, those type of players.

McLellan, on the challenges presented by Kyle Clifford leaving the room:
Two Cups with a lot of players that are in there. That’s a bond that isn’t lost, and when it’s removed from the locker room it’s a hard thing. The way it happened and the timing was tough on the group. But we’re big boys, we’re in the league here, a lot of us get paid really well to be in this league and we know that it’s coming. That doesn’t eliminate the human element to it, though. And it’s tough. I think there are some other players that are wondering where they and their families will be in 14 days, and you can feel it a little bit, and all that type of energy or distraction that you mentally are dealing with is sucking some of the energy out of us, and we’ve played a lot of road games. It’s not an excuse, it’s reality, and we’ve got to find a way to get over it and we’ve got to play a good game tomorrow.

McLellan, on how he’ll look to “nurture” the team during a difficult stretch:
Well, everybody’s in a different situation. There’s young guys here that it’s happening for the first time around them, there’s old players that have been here forever and won Cups, and it’s occurring, so everybody’s a little bit different. We try and get them to focus on a game, accentuate a lot of the positives that are occurring in a game, and there are some of those. Try and keep their spirits up, but ultimately, they’re responsible for their own spirits, their own mindset, and if they need help or if we need to get them help, we’ll certainly accommodate them. But they’ve got to deal with it. They’re young men, a lot of them, but men that have to get through it.