INSIDERS. A fine Wednesday evening from our hotel above Lower Manhattan. The LA Kings skated on the big ice at Prudential Center, a hub from which the team will branch out of through the weekend. That should keep the equipment and training staffs busy, as if they didn’t already work the longest hours out of anyone.

— There was a good spirit to today’s practice, and that was important. “We addressed the team this morning. Everybody’s got a little bit of a sense of frustration, but that does us no good,” Todd McLellan said, explaining that they articulated the previous night’s positives while highlighting the areas that have to be improved and the need to let Tuesday’s late loss to Washington remain contained within Capital One Arena.

“The concerning thing is delivering the same message over and over again, and eventually you’ve got to get some sense of a reward, and if you don’t, then you’ve really got to be strong individually and collectively to stick with the program, and that’s kind of where we’re at right now. So, we expect that from our group, and it’s up to us to deliver that presence and that message, and we’re doing what we can to keep them there,” he continued. “They’ve been good so far.”

After practice he praised the team’s attitude and spark, which isn’t as organically summoned 54 games into a season in which, as he said, they’re not reaping much reward for improving and focused play. Even though the skate wound down with some cross-ice wind sprints by position, he took part in some assertive but jovial back-and-forth interpretations of a particular shootout drill’s rules.

Is the natural tendency for a coach to keep things on the lighter side when his players skate the day after a gut-punch loss?

“They read off of people around them, whether it’s the leaders in the locker room, but they’re going to look at how I behave and how the rest of the staff behaves,” he answered. “If I come and drag my lip on the floor and have my shoulders rolled over, they’re going to see that and they’ll read off of that, and they’ll take that as a sign of where we’re at and what I think of them or the staff thinks of them. I woke up this morning, and I think we have a chance to get better today, nd that’s what we’re going to do, and we have to show them that. And then it’s up to them to carry that on. There are days when we’d come in and we’re grumpy and growly, and they need that, too. But today wasn’t one of them.”

— One last bit from Todd on Carl Grundstrom’s performance: “We liked what we saw from him. He had an impact on the game. That line was strong all night, defended well. It was creative offensively, got in on the forecheck and he had a big part of it, so that’s a really good step for him. Now, let’s keep it going and make sure that he can carry it through. Real happy for him. He’s worked hard down there, and it showed.”

Grundstrom’s final line: 12:36 TOI, 21 shifts, +2, one hit, one blocked shot, no shot attempts. Alongside Jeff Carter and Tyler Toffoli in five-on-five play, the Kings out-shot the Capitals 7-2 and outscored them, 2-0. Per Natural Stat Trick, they owned all the scoring chances in such situations. 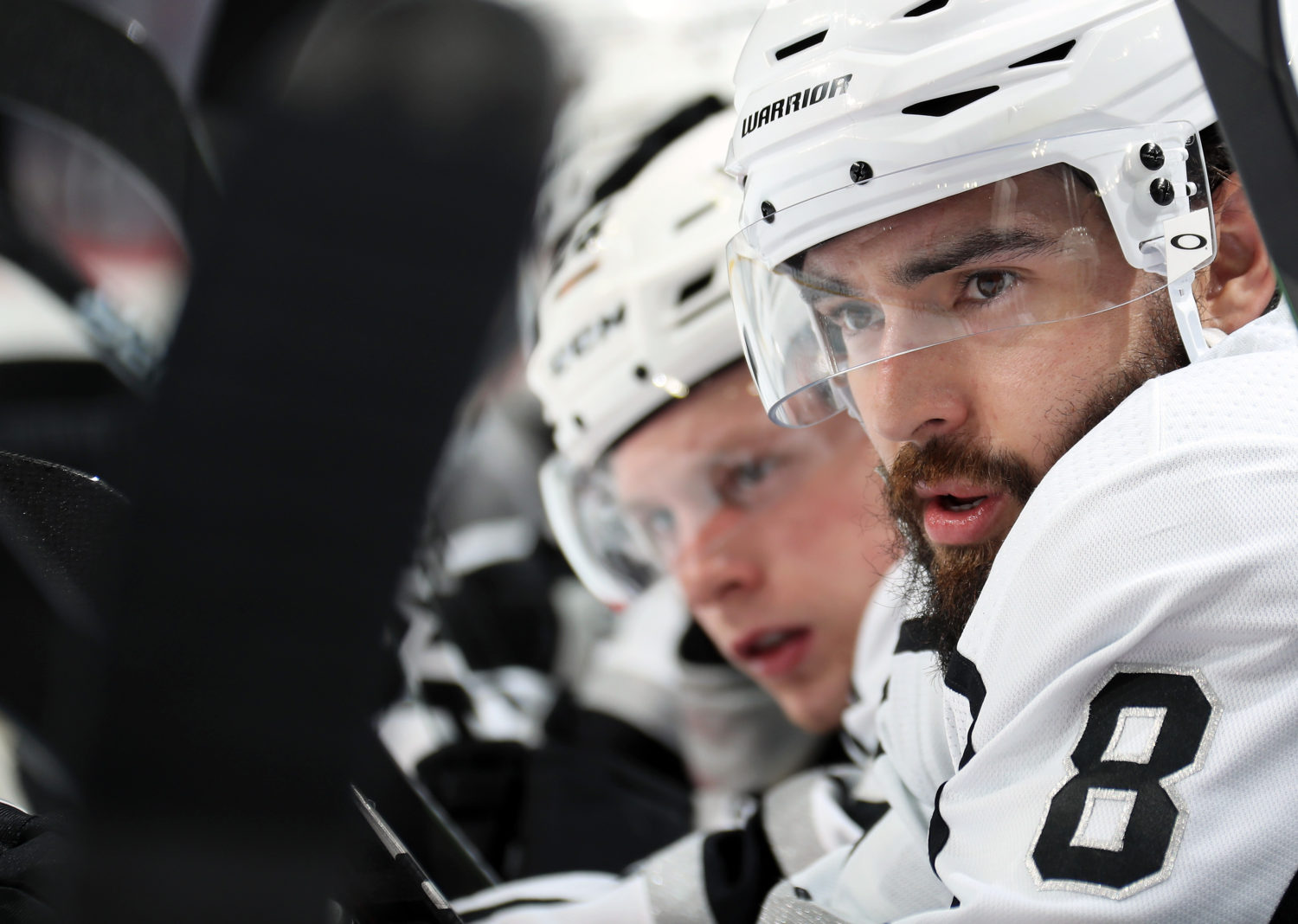 — No one was quite in the right mind yesterday to talk about what Drew had done, not even Drew himself. He politely stood for photos while holding the milestone puck that lifted him atop the franchise’s register of points by a defenseman, but once the cameras were down he shared that he didn’t feel comfortable smiling. That’s understandable. Good on him for sharing a lucid account of what the milestone meant to him. “Blakey was one of my favorite defenseman growing up,” Doughty said. “He’s a Hall of Famer, he’s our GM right now, and to pass him, I can’t even put it into words. It’s crazy. It’s just such an honor. I’ve obviously dedicated a lot to this organization to get where I am, but this organization has given just as much back to me and I couldn’t be more proud as an LA King.”

Drew or any champion that’s losing hockey games would be cranky, and hey, shake a fist at the hockey gods that a hallmark night so quickly evolved into the league’s celebration of another legend and champion, one who even wears the same number.

But Doughty’s accomplishment is a major franchise milestone along the lines of Jonathan Quick sitting in the dressing room alongside Rogie Vachon after surpassing the best of the goalie’s club marks. Onward it goes, with Doughty becoming the latest of Los Angeles’ Stanley generation to establish a new bar, one that Rob Blake had previously set late in the 1998-99 season when he pulled away from Steve Duchesne – who’d been traded to Philadelphia to cement a forgettable second stint that capped an otherwise tremendous career with the Kings in which he recorded 315 total points – and Mark Hardy, whose 303 points had been surpassed earlier that season. “The Great Western Forum was terrific to play in,” Blake said Wednesday.

“We had traded Gretzky and went through that transition, because early on, we went to the Final, and then they started to change, and the responsibilities for me changed.” He became captain amidst that organizational evolution, just as Doughty has been asked to absorb a firmer grasp of the leadership pull while the team rebuilds.

There weren’t too many comparisons to be made between many of the teams Blake and Doughty played for at similar ages; the Kings were in different competitive cycles. As players, their ascent while in the NHL has been similar. Blake first played in the Stanley Cup Final at 23, Doughty at 22. Blake set his record shortly after turning 29, Doughty after turning 30. Both are right-shot Stanley Cup and Olympic champions who were heat-seeking missiles in their own zone. Born two days shy of 20 years apart from each other, Doughty acknowledged after Tuesday’s game that he looked up to the Hall of Famer. Blake personally congratulated Doughty after the game.

“When we negotiated with Drew and I knew he was going to be here for a long time, he was going to break those records, and rightly so – it’s tremendous to watch him. But I think he’s starting to develop his overall game with the leadership part of it, and Todd demands a lot out of him and is going to hold him accountable to help him grow even more.”

Though Blake and Doughty were of similar age when they reached the franchise milestones above, their emergence as young adults was quite different. Doughty was a second overall draft pick, Blake a fourth rounder chosen out of Bowling Green after Los Angeles had already selected Martin Gelinas, Paul Holden and John Van Kessel. At what point did he realize that he was entering into a blooming hockey career?

“Probably after my second year of college, because I had talked to Los Angeles about signing a contract, which was the first indication,” he said. “My first year (at Bowling Green), I thought I could’ve played in the NHL. And then after the second, I had indications, and the third, the whole focus was turning pro. Whether I knew I was going to be in the NHL right away, I wasn’t sure, but I would say the second year of college was probably the big realization that I actually had a chance.” 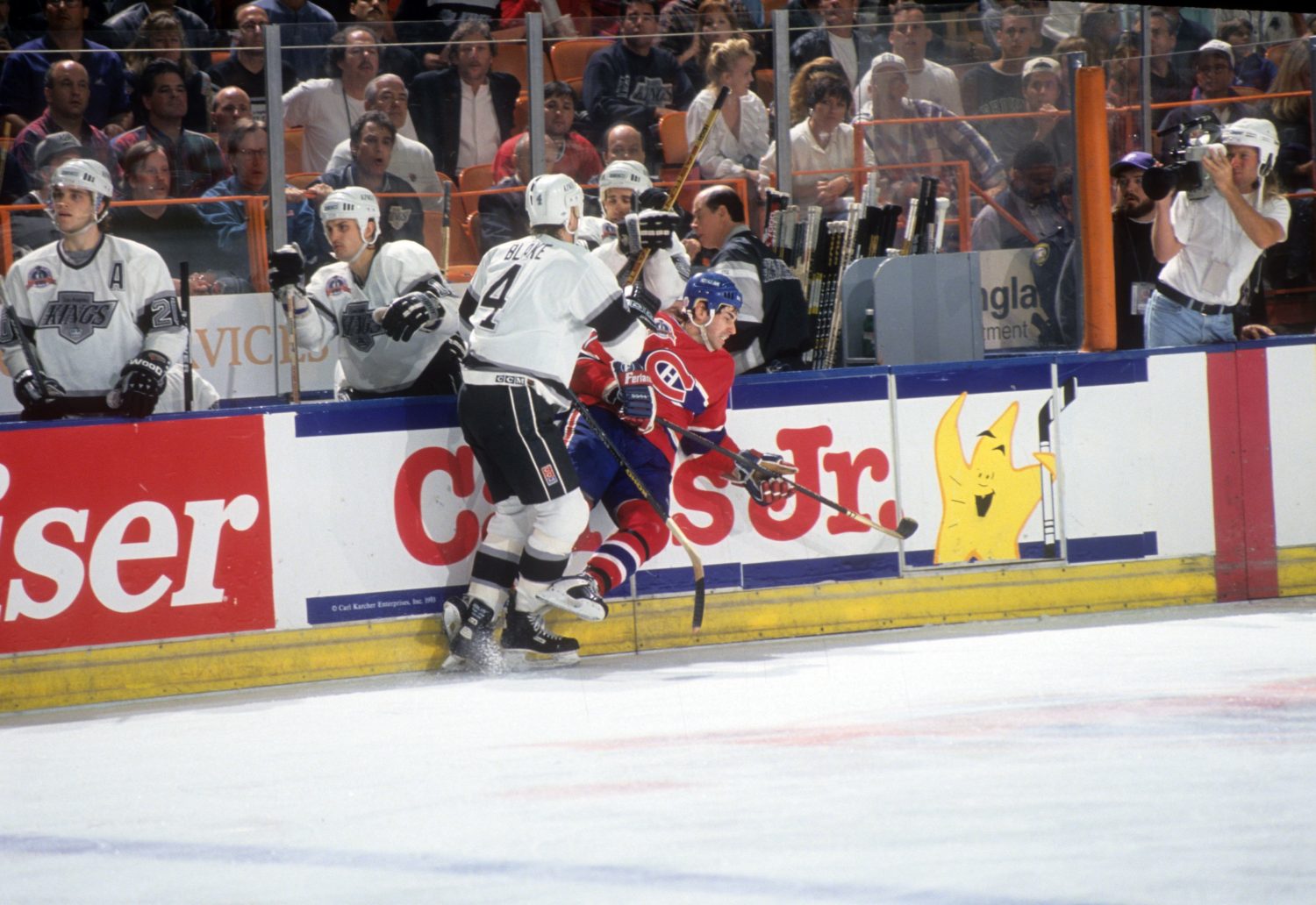