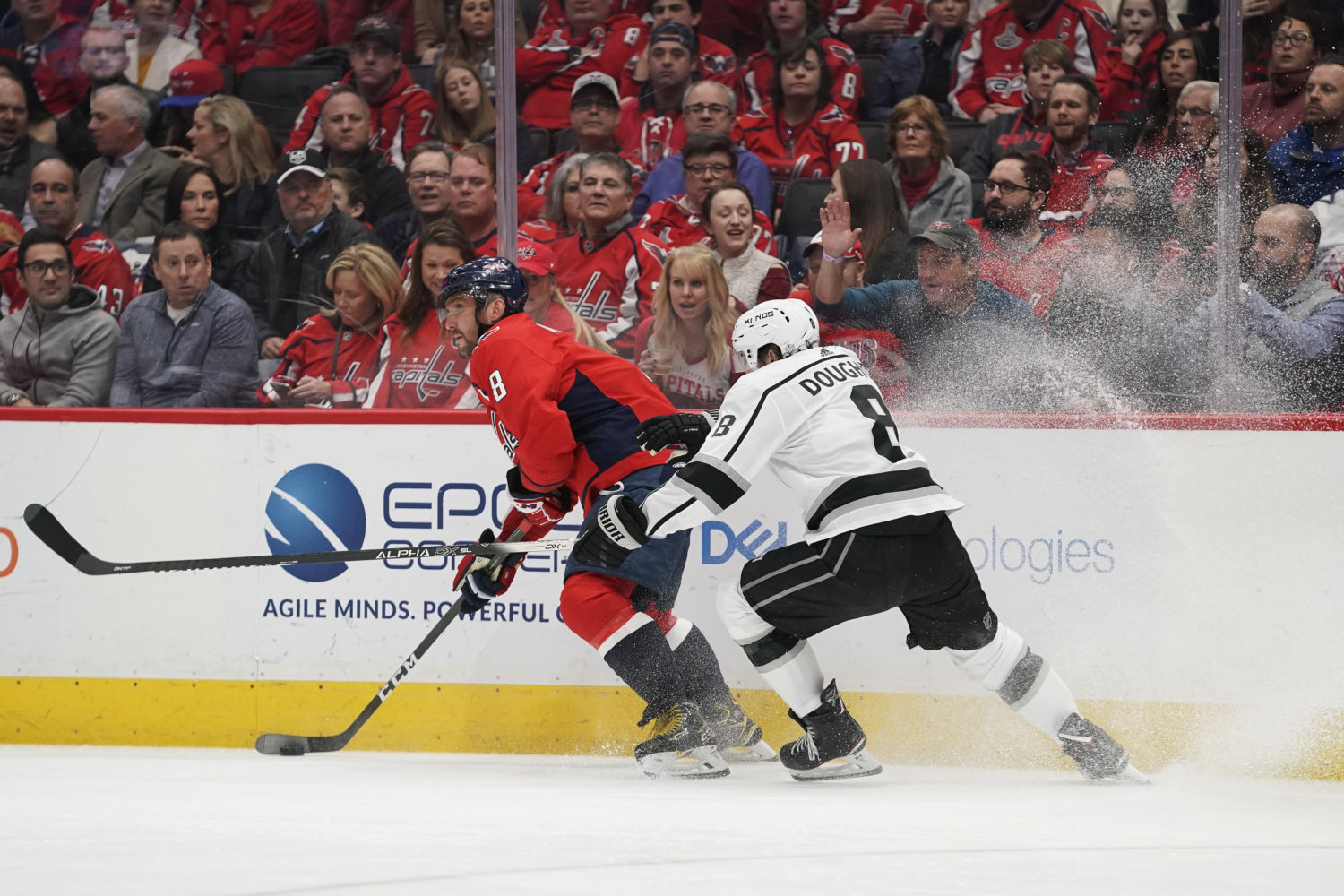 “It means the world to me,” he said after the game. “Growing up, you never think you’re even going to make the NHL, so I never thought of this moment in my whole life until recently. But Blakey was one of my favorite defenseman growing up. He’s a Hall of Famer, he’s our GM right now, and to pass him, I can’t even put it into words. It’s crazy. It’s just such an honor. I’ve obviously dedicated a lot to this organization to get where I am, but this organization has given just as much back to me and I couldn’t be more proud of an LA King and to break Blakey’s record, but we needed to get a win tonight, that’s all I’m thinking about, to be honest.”

He said he hadn’t raised the topic with Blake in any recent conversations. “I just know he did it in a lot less games than me, so he still has the bragging rights,” Doughty said.

Drew Doughty returned after missing three games and earned an assist on Jeff Carter’s third period goal, giving him 495 career points and surpassing Rob Blake’s franchise record of points by a Kings defenseman. “To pass him, I can’t even put it into words. It’s crazy. It’s just such an honor. I’ve obviously dedicated a lot to this organization to get where I am, but this organization has given just as much back to me, and I couldn’t be prouder to be an LA King and to break Blakey’s record, but we needed to get a win tonight, and that’s all I’m thinking about, to be honest.”

Todd McLellan, on what he liked about the first 50 minutes and didn’t like after:
Well, let’s start with what we didn’t like. Obviously, the result. Our ability to close and finish out games hasn’t been very good, and that’s the next step in our evolution, I believe. There are a lot of players here that have played games and have been able to do that in the past, so you’ve got to find a way to get that done. Whether it starts with the goaltender, D, forwards, everybody involved has to do a better job. There have been far too many of those close ones that got away on us, so that’s the negative and something we’re not very happy with. The positives, we did a lot of really good things structurally to keep a team like that to very few scoring chances. Penalty kill was good against a potent power play. All four lines had an impact and all six D-men had an impact in the game. We didn’t have that in the game prior. There were a lot of positives to take, but it’s starting to get old with the close-but-no-cigar routine, and we’ve got to clean that up. It just shows we’ve got work to do roster-wise, talent-wise, coaching-wise, structure-wise throughout the organization. We’ll have to keep plugging away.

McLellan, on limiting Washington’s top players prior to Alex Ovechkin’s late breakthrough:
We looked at the end of the second that their top line didn’t have anything on net, and you knew they weren’t going to go the whole night that way, but for Ovi, there’s a reason why he’s got 700. Give him a couple more years, he’ll be at 800. It’s that type of night where maybe you don’t see him a lot early, and then bang-bang-bang, it’s in the net and they’ve won. So, give them credit. They believe in what they’re doing and they’re patient. They wait for mistakes and then capitalize, and good teams do that. We’re not good enough right now to make mistakes or to give up a freebie and overcome it. The difference between the two teams is exactly that.

McLellan, on Drew Doughty’s first game back:
Drew was Drew. He was important to our team, he made some good plays, broke a lot of plays up in the D-zone, played some hard minutes, both sides of the power play and penalty kill, so a good night for him.

McLellan, on Doughty setting the record for points by an LA Kings defenseman:
Well, I know he’s played a long time then, because a guy like Rob Blake and a few others have put up some really good numbers, so he’s been a tremendous defenseman in the league for many years, and we’re fortunate to have him. We want him to continue to do that. Keep him healthy, keep him in good shape, and I’m sure he can maintain the level of play that he’s played with from the past.

▪ Moved within two regular-season goals of 700