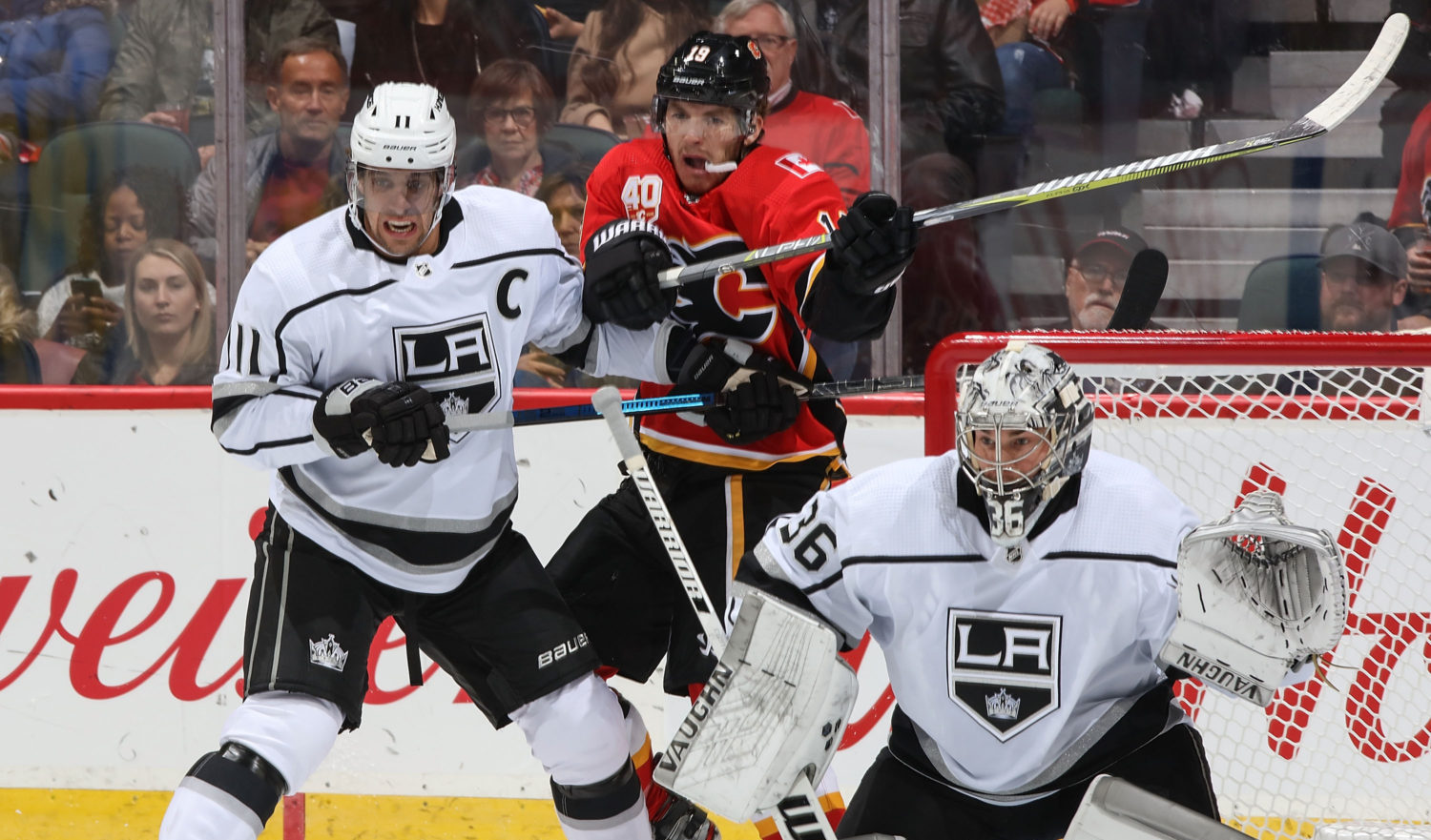 Several additional notes from our nation’s capital, where it was 63 degrees at 5:30 p.m., the same temperature as El Segundo three hours behind. We… brought the weather, I guess?

— Some final sign-offs from Todd McLellan’s availability yesterday. An “unacceptable” start manifested in faceoffs and scoring chances-against through 15 minutes. “We weren’t engaged,” he said of the performance versus Anaheim. It raised a thought about whether to Throw Away The Tape or not, but Todd was encouraged that something could be mined from it.

“We used the tape. We applied some of the concepts in practice [Sunday], and we’re going to try and get better,” he said. “But the structure part of it, the systematic play is secondary when you don’t get enough from enough players. The structure’s there to protect you and to make you predictable and to help the group, but if they’re not willing to help themselves, you’re in trouble.”

We’ve all written about McLellan’s communication with his players and how he strives to leave no room for interpretation or doubt. He’s direct. And that doesn’t mean he’s going to yell or scream when a sans-legs performance like Saturday’s pops up, which hasn’t happened too often this season. Sometimes he may choose to raise his voice. He’s keen on reading the room and knowing the individual player and efforting to communicate in a way that best maximizes their skill set and fine tunes their play for the game that follows. “It can be pretty point blank. ‘I’m disappointed in your play,’” he used as an example. “There aren’t very many human beings that like to hear the word ‘disappointed,’ whether it’s from your father, your teacher, your teammate, your coach. None of us want to hear that word, and sometimes that helps, too.”

The ability of a coach push or pull back or otherwise manipulate his direction or handling of a player to generate wins rather than the best statistics is a very difficult dynamic to describe. The approach taken on October 1 is not the same as the April 1 approach. Earlier this year, McLellan was figuring out his players, and his players were diving right into a system that for many challenged their way of processing what they saw. It took time for systematic changes to become second nature. Now that they essentially have, the players are expected to execute that system effectively so that the team and standards may improve and evolve.

“We made mistakes, we worked off the mistakes, and now, 53, 54 games into the season, you better know what your job is,” he said. “If you haven’t figured it out by now, if you don’t know what your responsibility is in certain situations, then where have you been for six and a half months, or what type of job have we done? We have to accept some responsibility in that. If you err in being in the right spot – maybe on a misread, or there’s a physical battle you happen to lose, for whatever reason, we have to live with some of that. All teams do. But if it’s an error on omission, that’s not acceptable at this time of the year. Earlier in the year we were a lot more patient with it. Not as much anymore. You’ve been around. There’s no language barrier anymore, there’s no structure barrier anymore in my opinion, and if you don’t know, you better be asking.” 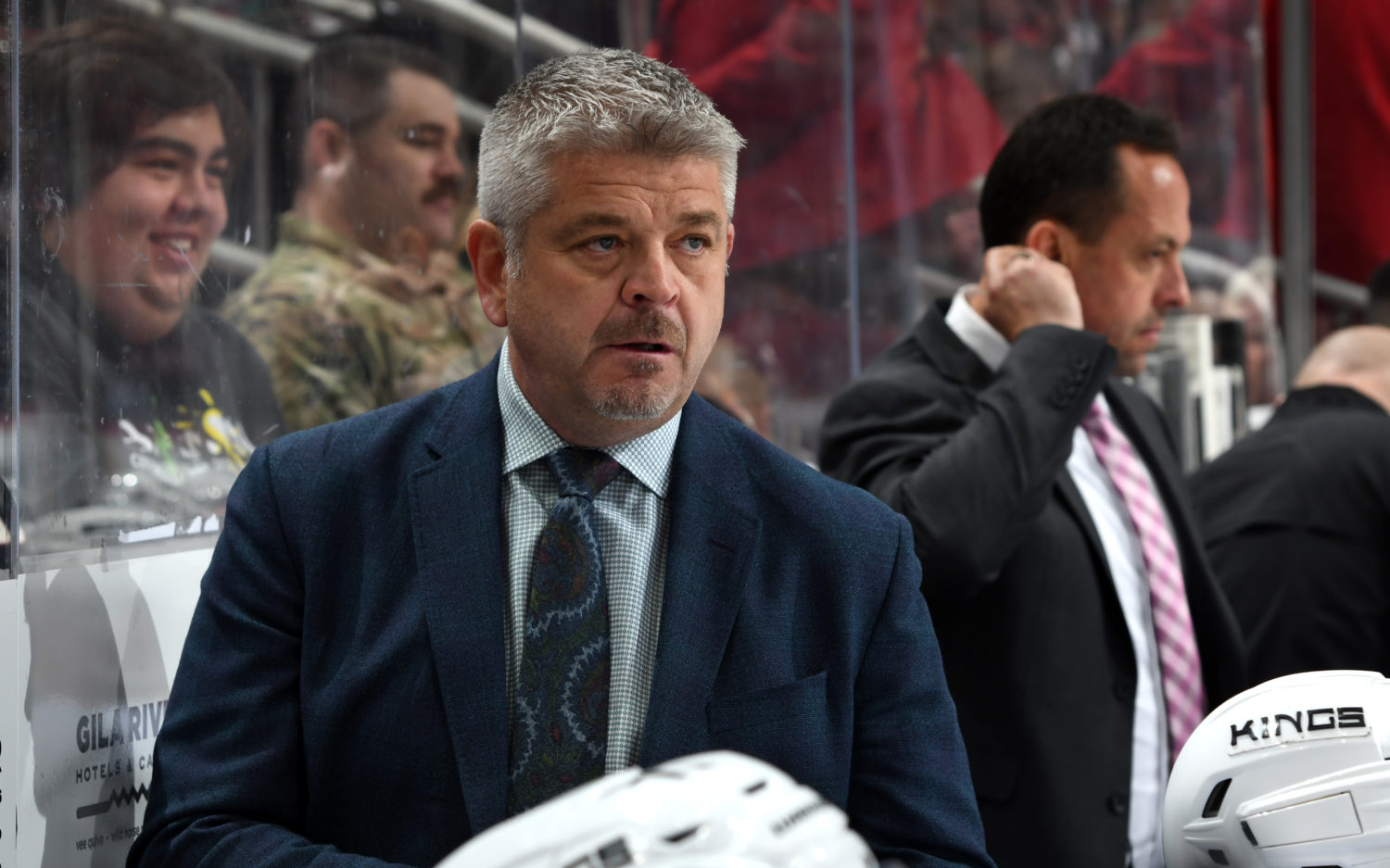 — And, lo, stick taps and happy trails to the 2020 NHL All-Star Game, Anze Kopitar’s fifth in the National Hockey League and the first in which his full family was there to support him.

“The one thing I’m obviously going to remember about this one is having my kiddos there,” he said. “They’re just old enough where they kind of know what’s going on now, so it was special for me, and obviously winning the tournament and all of that, but at the end of the day, we’re all there, I was there to have fun, to enjoy time with my family, too, so it turned out to be a really good weekend.”

You might have heard: The Pacific made waves. Not only because the division split the $1-million prize for the third time in five seasons, but because of the Kings-Oilers-Flames Matthew Tkachuk triangle of hate. Kopitar, not Drew Doughty, was Los Angeles’ representative, and as an NHL statesman and gentleman who won the 2015-16 Lady Byng Memorial Trophy, I wasn’t expecting any sort of salacious interaction at a league event where personal and club-driven acrimony is shelved. “Yeah, I talked to the guy. Nothing specific, but the small talk that you always do when you go to events like that,” said Kopitar, who played against Tkachuk’s father, Keith, for four seasons. “So, yeah, he seems like a nice guy.” 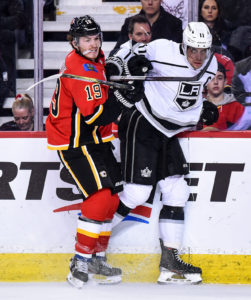 While there hasn’t been a flare-up in the L.A.-Calgary portion of the rivalry since Mark Giordano’s Leap of Faith early in the season, and though the All-Star Game apparently took place during the eye of the Battle of Alberta storm, there was, of course, Leon Draisaitl’s assertion not even two weeks prior that he “would get off the ice” were he to share a shift at any point with Tkachuk.

We like this. Anything taking place in Western Canada that includes intimations of discord at a nonpartisan league showcase is reminiscent of Smythe Division hockey and therefore fun and good. But by the time the game came around, any festering bitterness was rerouted, and Tkachuk ultimately assisted on a Draisaitl goal in the exhibition. (This shaky truce has since collapsed.)

“Obviously, everybody’s there to have a good time and enjoy the weekend. I mean, I would lie if I said that I didn’t pay a little bit of attention, so I did,” Kopitar said. “But once you get together, like I said, it’s about having a good time. I had my kids there, so I was obviously paying a lot more attention to that than I would [Tkachuk]. It’s just hanging out, and between Edmonton and the Flames, it was pretty calm. Not as bad as it flared up [Saturday] night. But, yeah, there was nothing there worth mentioning.” 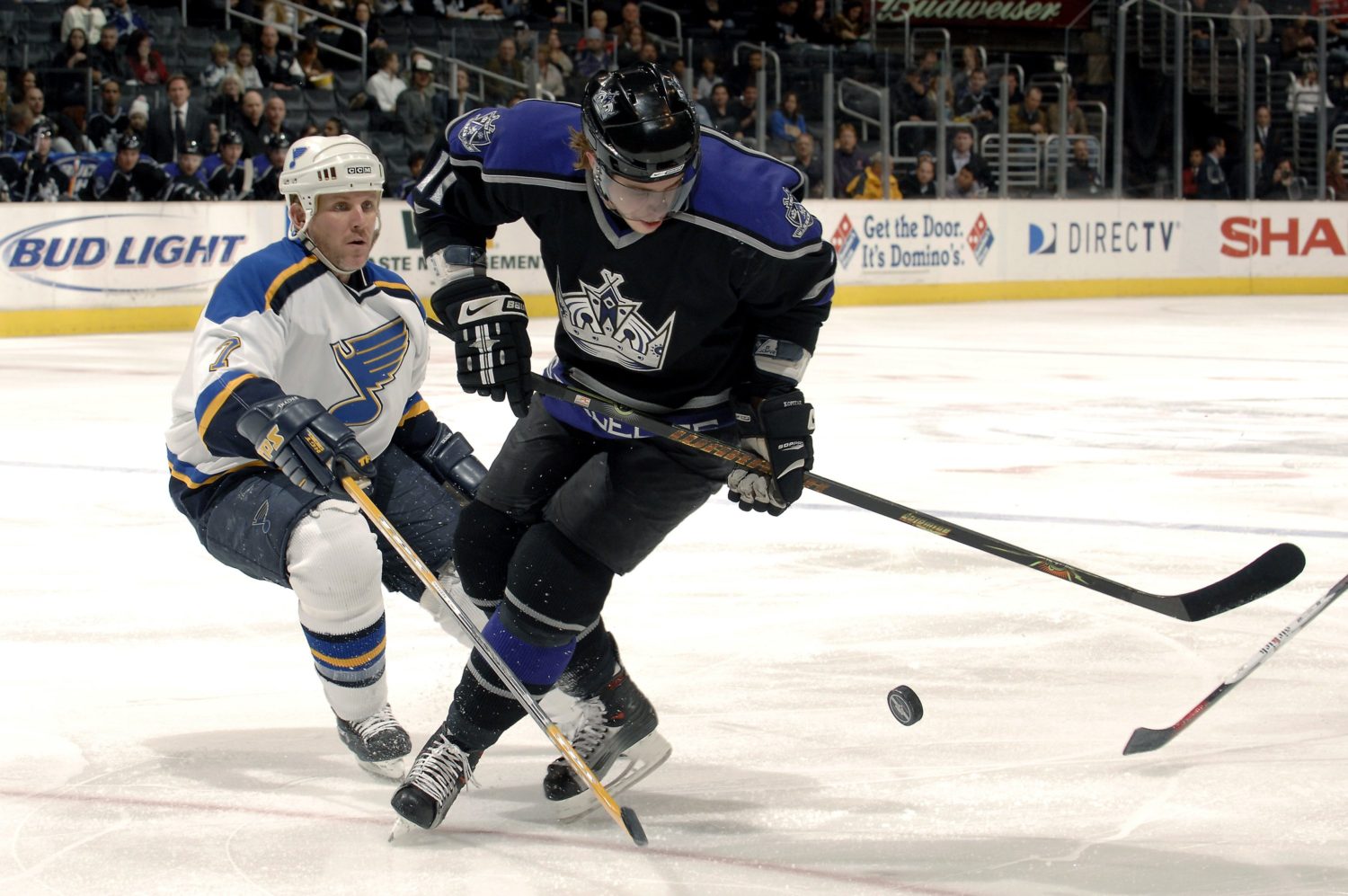